File “The Noodle Nipper” by inventor Matty Benedetto under: things I might want, but probably don’t need. The gadget does exactly as it sounds…cut spaghetti noodles into perfect bite-sized portions, or whatever length suits your fancy. One thing to note is that too much sauce could be an issue, as the scissors will definitely splatter things, so a white shirt or any other light colored clothing should be avoided during use. Read more for a video of it in-action.


As you can see, it works great for noodles and possibly even smaller meatballs. Matty says that the device leverages a bespoke centrifugal motion mechanism to swiftly open and close the pasta pruners. In other words, it consists of a 3D-printed enclosure and arms that operate the scissors. On a related note, did you know that some historians believe that Berbers actually introduced pasta to Europe during a conquest of Sicily around the 12th century? That’s right, but it didn’t appear in the United States until around the end of the 19th century, when spaghetti was offered in restaurants as Spaghetti Italienne. 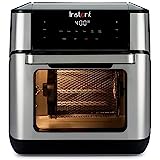 So at your next Italian feast, thoughtlessly grab your pasta and raise it between the moving blades to crop the excess noodles from below your fork to finally stop slurping,” said Matty.

Microsoft’s Xbox Series S Game Console is Back in Stock, Get One for $299.99 Shipped Today