Apparently, Iran’s Qaher-313 stealth fighter jet, which was unveiled last week, might just be a large prop. Photo experts claim that “the two pictures of the plane are identical save for the backdrop, with the Tehran aircraft hangar replaced by Iran’s Mount Damavand in the so-called action shot of the Qaher-313.” Continue reading for a supposed video of the Qaher-313 flying, which some say is just an R/C model. 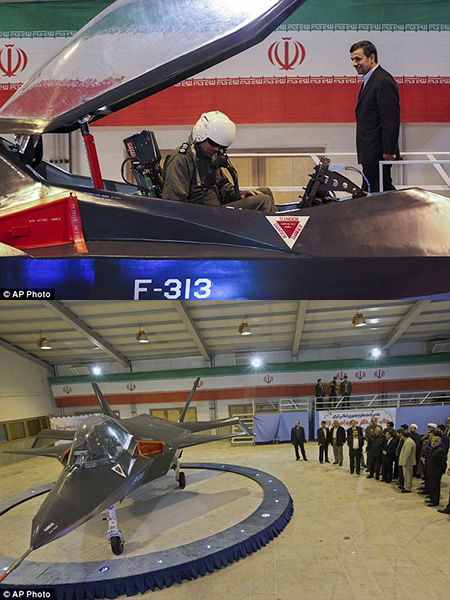 According to David Cenciotti of The Aviationist blog, the jet appeared to be “nothing more than a large mock-up model” and that the “basic” cockpit would struggle to even accommodate a pilot.