Photo credit: CBP via The Verge
U.S. Customs and Border Protection (CBP) announced that their officers seized five shipments of counterfeit Apple AirPods, which carry a Manufacturer’s Suggested Retail Price (MSRP) of over $1.3 million, earlier this week. They inspected five shipments of True Wireless Earbuds and discovered 5,000 fake Apple AirPods and 1,372 fake Apple AirPods Pro. All shipment information, including photographs, were then referred to CBP import specialists at the Centers of Excellence and Expertise (CEE) to verify authenticity of the merchandise. Read more for a video review of an AirPods Pro knockoff and additional information.

Despite each shipment being manifested as being worth only $312, or a total of $1,872 for all five packages, the actual product if sold as authentic would have had a cumulative MSRP of $1,336,628. As you can see in the video review, there are some differences when pairing these counterfeits with genuine Apple devices, like iPhones and iPads. 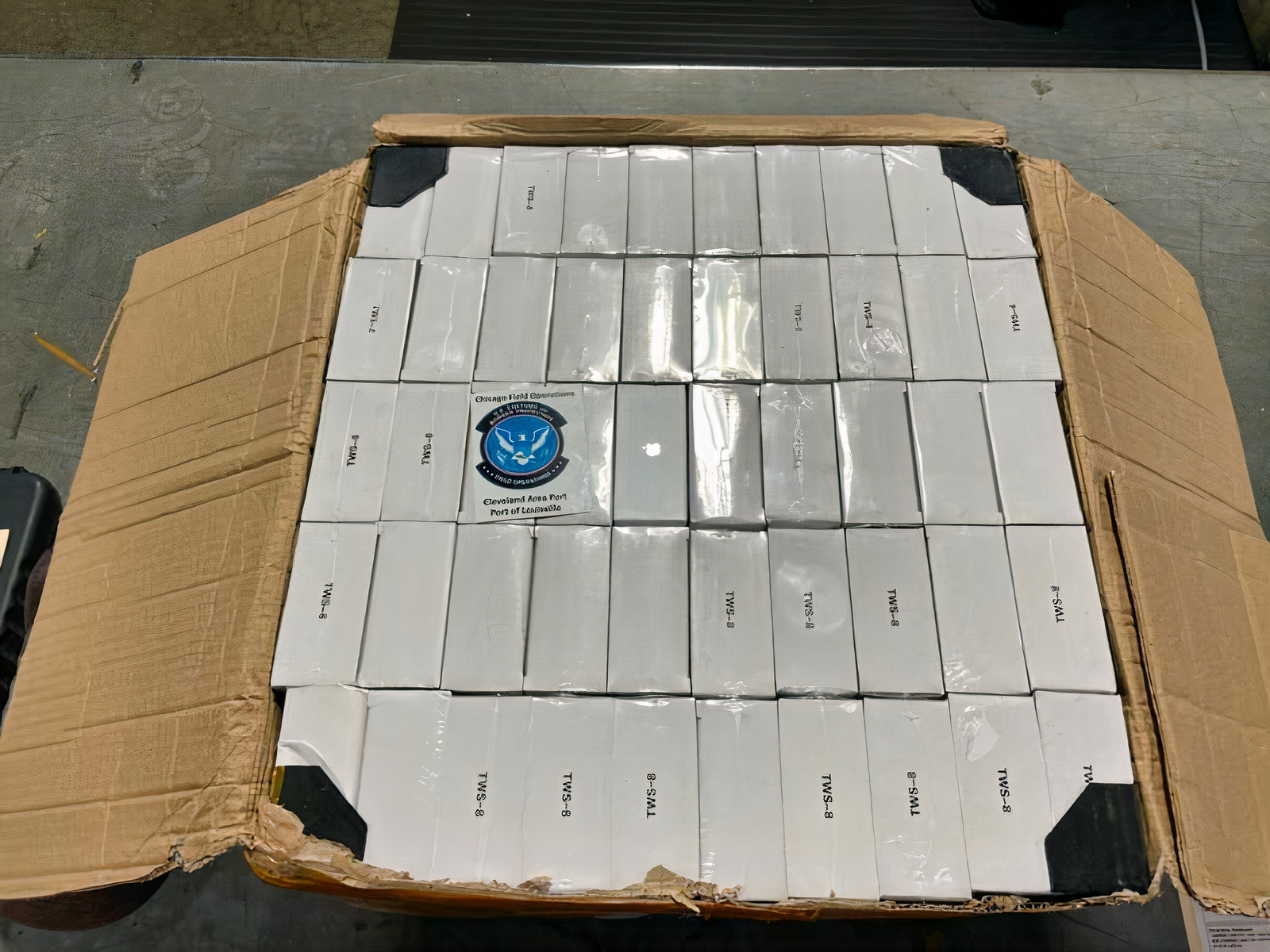 E-commerce is a growing segment of the U.S. economy, driven by high-volume, low-value shipments entering our ports of entry. Our officers are committed to protecting our citizens and enforcing U.S. laws to make sure legal trade continues but illicit shipments like this one do not reach unsuspecting consumers,” said Thomas Mahn, Port Director-Louisville.