Photo credit: NSXTRA
The Acura / Honda NSX was designed by a team led by Chief Designer Masahito Nakano and Executive Chief Engineer Shigeru Uehara. Featuring advanced aerodynamics and styling inspired by a F-16 fighter jet cockpit with input from the late Formula One World Champion, Ayrton Senna, during the final development stages. One owner has decided to go drive across the USA in an NSX equipped with a rooftop tent. Read more for a videoa nd additional information.

This particular vehicle has been modified with custom side skirts, a new front bumper, lowered suspension and aftermarket wheels. However, the main highlight is the rooftop tent, which for now, will only be used for his dog, as the weight of a person might dent the vehicle’s rear quarter panels. 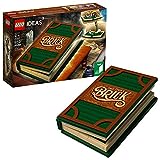 
The NSX became the world’s first mass-produced car to feature an all-aluminum body, powered by a 3.0 L V6 VTEC engine, paired with a a 5-speed manual transmission, or starting in 1994 the SportShift 4-speed automatic transmission, also known as F-Matic, which allows the option of conventional automatic shifting or manually shifting with a fingertip shift lever on the steering column.

This Soldier’s Bedroom was Left Untouched Since World War 1, Here’s a Look Inside

Samsung Introduces Eco-Friendly TV Packaging That Can Be Repurposed Into Furniture, Like a Cat House