“Never Gonna Give You Up,” a song recorded by British singer and songwriter Rick Astley, was first released on July 27, 1987, but thanks to the internet, it’s been a popular meme for the past 12-years. For those who don’t know, this song was a worldwide number-one hit, initially in the UK, and eventually topped the charts in 25 countries, including the United States. Read more to see what happens when an AI-powered neural network attempts to continuously generate new parts for this song.

That’s right, what you’re hearing above was made possible by Jukebox, a program by OpenAI. This piece of technology is normally used to write songs, but in this case, it was instructed to continuously generate new parts of Rick Astely’s “Never Gonna Give You Up.” In related news, the Rick Astley won the MTV Europe Music Award for Best Act Ever with the song in 2008, as a result of collective voting from thousands of people on the internet, due to the popular phenomenon of Rickrolling. 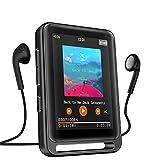 First Look at Triton DeepView, a 24-Seat Submarine That Can Travel 328-Feet Underwater