Photo credit: 52Audio via Macrumors
52Audio allegedly obtained images of Apple’s upcoming third-generation AirPods, and they look quite similar to the Pro model. In addition to the smaller stem and silicone eartips, this latest model is not going to have Active Noise Cancellation (ANC), but still have a pressure-relieving system to ensure maximum comfort during long listening sessions. The charging case is slightly less rectangular and has an LED charging indicator up front. Read more for another picture and additional information. 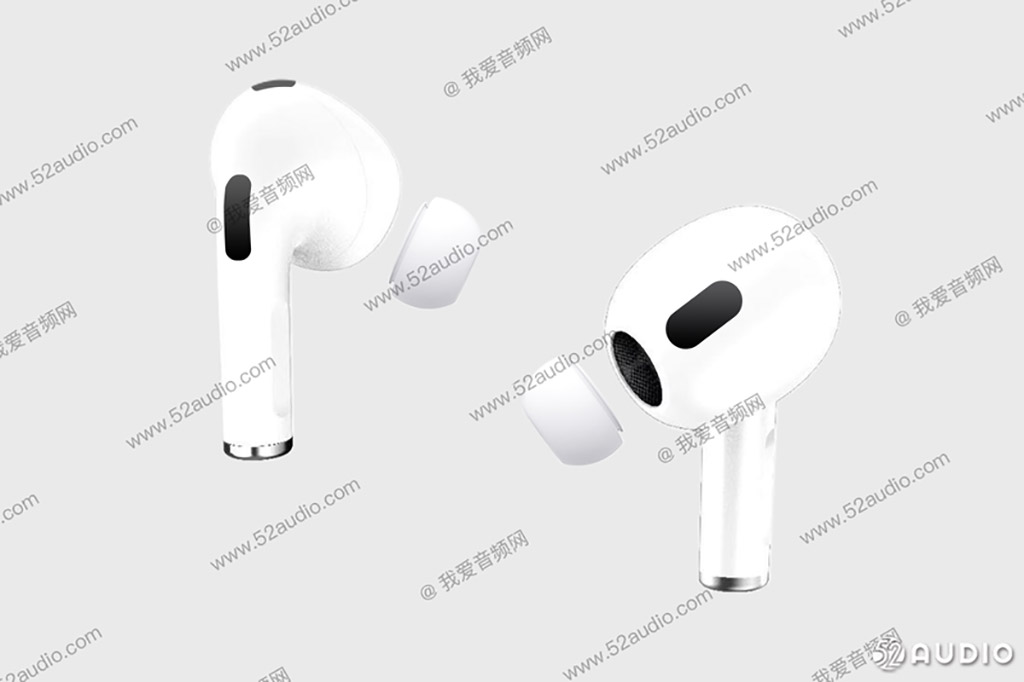 Unlike its predecessors, the third-generation AirPods could also have full touch controls, like those found on the AirPods Pro, instead of just single and double-tap commands. When fully charged, you can expect up to 5-hours of continuous use. When should you expect these to be available? Analyst Ming-Chi Kuo states that Apple may hold an event next month to announce them, with shipments starting late March.