There’s the V-22 Osprey, and then Bell’s V-280 Valor, a tiltrotor aircraft being developed by Bell and Lockheed Martin for the United States Army’s Future Vertical Lift (FVL) program. It’s designed for a cruising speed of 320 mph, a top speed of 350 mph, a range of 2,100 nautical miles and an effective combat range of 580 to 920 mi. Read more for a video and additional information.

Expected maximum takeoff weight is around 30,000 pounds, but unlike the V-22 Osprey tiltrotor, the engines remain in place while the rotors and drive shafts tilt. This aircraft boasts retractable landing gear, a triple-redundant fly by wire control system, and a V-tail configuration. The wings are manufactured from a single section of carbon fiber reinforced polymer composite, reducing weight and production costs. 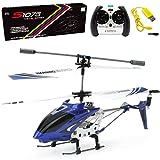 
Bell states that the U.S. Marine Corps is interested in having one aircraft to replace utility and attack helicopters, while the Army, which leads the program, wants distinct platforms for each mission. Bell and Lockheed are working on an AV-280 variant that can launch rockets, missiles, and even small unmanned aerial vehicles forward or aft with no rotor interference, even in forward flight and cruise modes with the rotors forward.

Unique Stairway House in Japan Looks Like an Optical Illusion