Limited to just 9-units and priced from $9900 USD, Caviar’s all-new iPhone 12 Pro “Apple 1” Edition comes with a fragment from the original computer’s circuitry. Aesthetically, there’s a wooden back panel that resembles the computer, while a glossy titanium miniature monitor and keyboard with keys that make up the word “computer” can also be found there. As for a small extra touch, the Apple lettering has been engraved right next to the rear camera module. Read more for a video and additional information.

The original Apple Computer 1 was released in 1976 and it was hand-built by Steve Wozniak. This computer was Apple’s first product, and to finance its creation, Jobs sold his only motorized means of transportation, a VW Microbus, for just a few hundred dollars and Wozniak sold his HP-65 calculator for $500. Unfortunately, things didn’t take off after Wozniak demonstrated the first prototype in July 1976 at the Homebrew Computer Club in Palo Alto, California, so only 63 Apple 1 computers are known to exist. 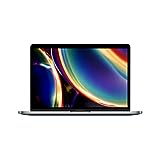 Caviar iPhone 12 Pro Classic is going to become a unique accessory for all Apple fans and rarity admirers. By purchasing the Caviar iPhone 12 PRO Apple 1 you are becoming the owner of a rare item – a part of the first computer by Steve Jobs and Steve Wozniak, Apple 1,” said the company.