Remember that mysterious cube that China’s Yutu-2 rover discovered around a month ago? Well, the mystery has been revealed, and it’s uneventful to say the last. The China National Space Administration (CNSA) estimated the cube-like object to be around 262-feet away and would take 2-3 months to reach. Fortunately, it was able to get close enough to snap a photograph and shows that it’s actually just a strange rock formation. Read more for a video and additional information.

Some claims the rock formation or boulder appears to look like a rabbit, while a smaller rock nearby resembles that of a carrot. Why is this somewhat significant? Well, the rover’s name Yutu translates to “Jade Rabbit”, or it may just be a case of pareidolia, the phenomenon of perceiving animals, faces, or objects in inanimate objects. 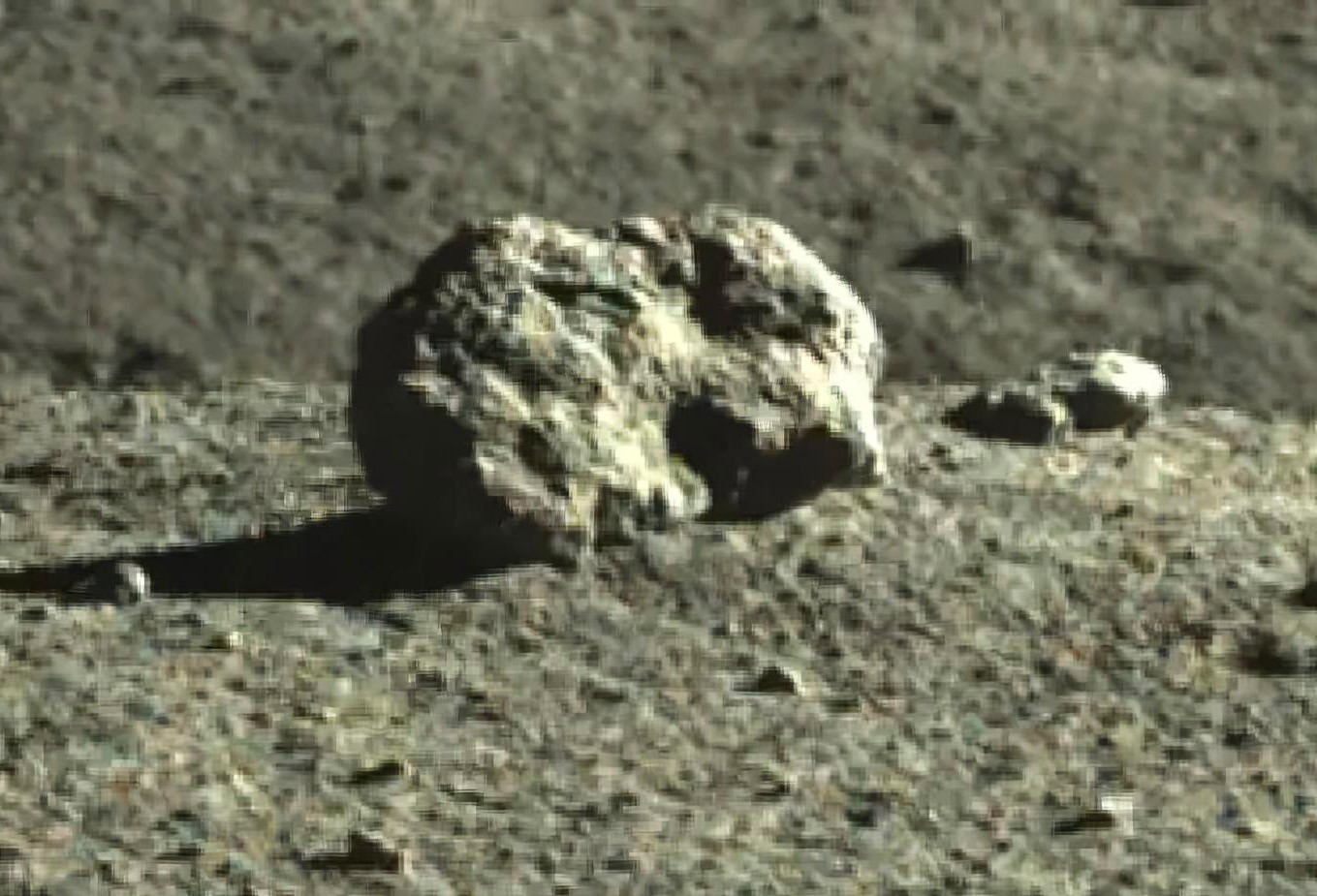 It is clearly a large boulder the size of a small boulder. And thus, by definition, it is a boulder. There is actually a definition of a boulder, according to something called the Udden–Wentworth scale, which says a boulder is a chunk of rock greater than 256 mm in diameter. So I think our lunar friend counts,” said Paul Byrne, a professor in Earth and Planetary Sciences at Washington University in St. Louis to Inverse