Photo credit: Reddit via Car Scoops
Did you know that the original Darth Vader costume design did not include a helmet? That’s right, it only came about when concept artist Ralph McQuarrie proposed that Vader should wear a breathing apparatus during pre-production discussions for Star Wars with George Lucas in 1975. With that said, this Chevrolet Camaro attempted to turn to the dark side, but seems to have failed half way. Read more to see the entire body kit. 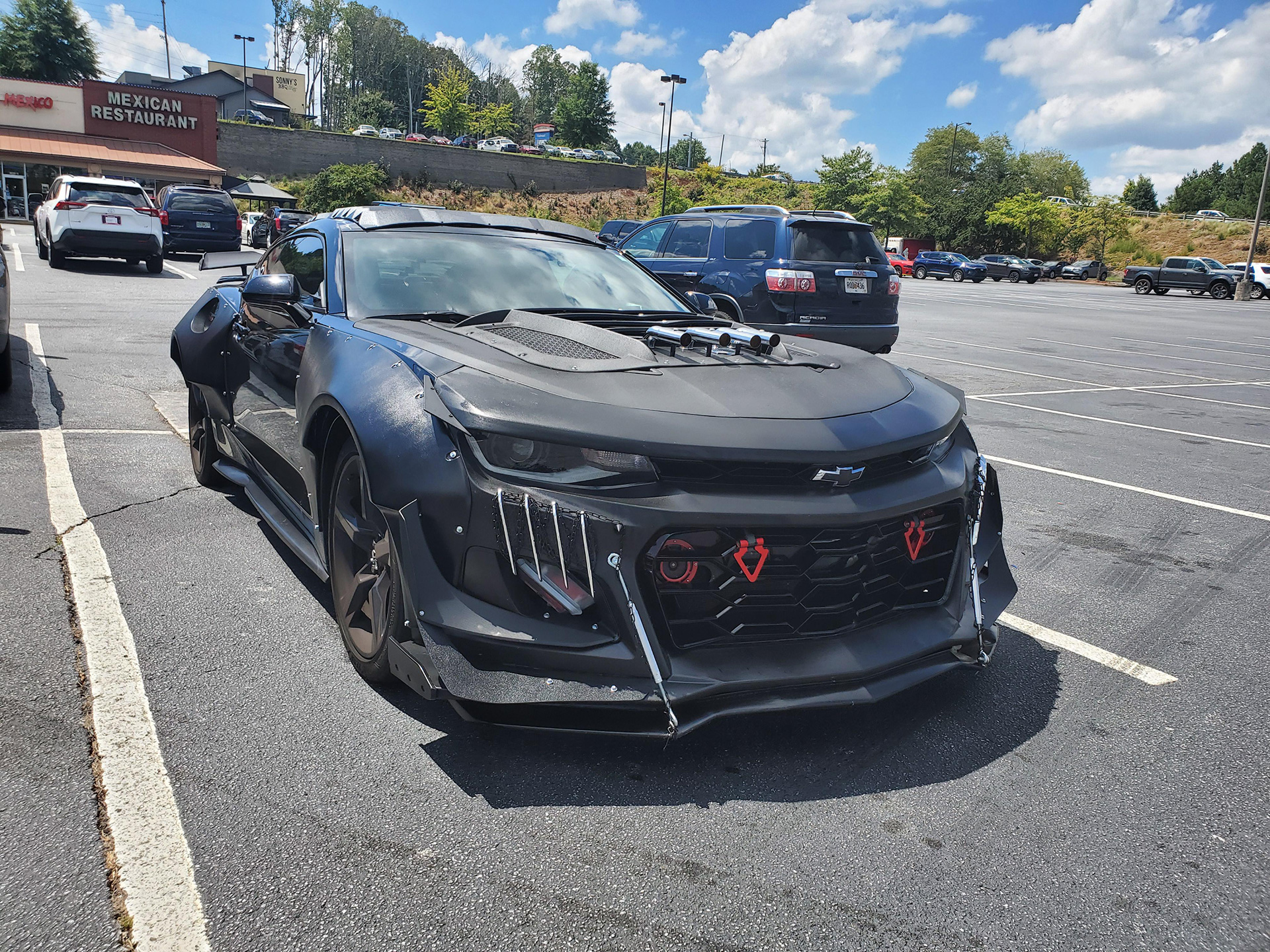 This Camaro has been fitted with poorly designed fender extensions, while a custom spoiler with chains adorns the front. No, those four chrome pipes you see on the hood aren’t functional, nor are they used as vents to cool a lightsaber underneath, sadly. Out back, there’s a custom wing that probably won’t see any track time.

Hands-On with the Unusual-Looking Human Headphones