Photo credit: Photo Rumors
The DJI Osmo Action has been leaked ahead of its official reveal later this week on May 15th. It’s speculated to feature a 1/2.3-inch Sony IMX377 12-megapixel CMOS image sensor and can record video at up to 4K @ 60fps and 120fps @ 1080p. The Ambarella H2 image processing chip include an image stabilization system and also comes equipped with a dual LCD display as well as a 145-degree capturing angle (f2.8) lens. Read more for another picture and additional information. 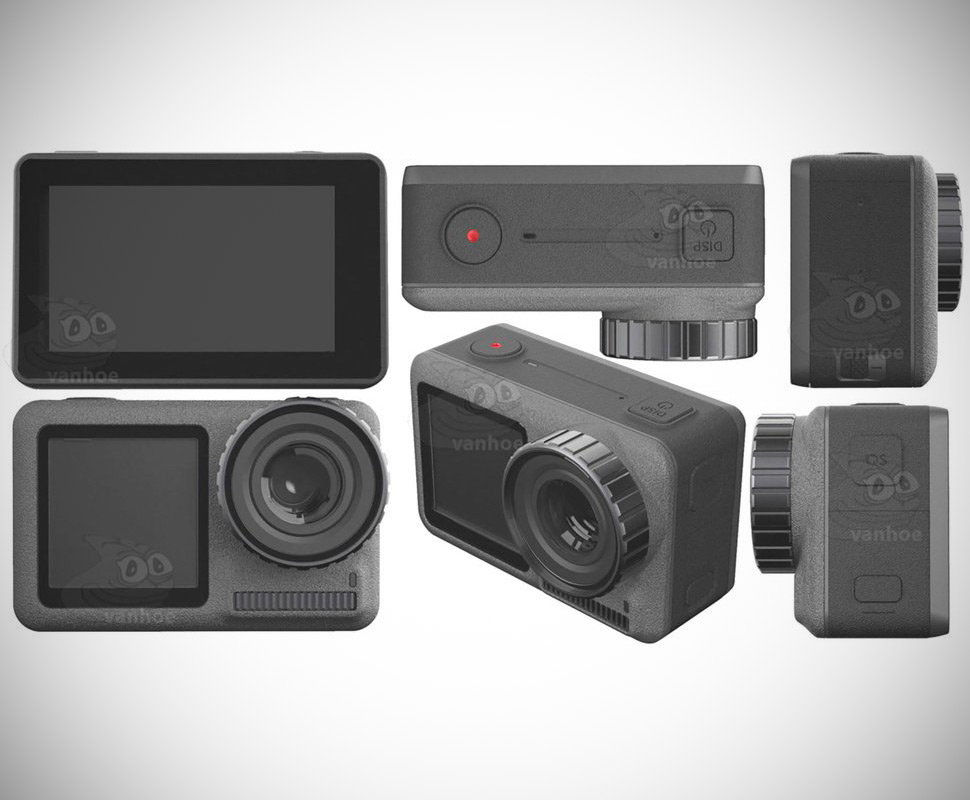 “HDR capabilities will be on board, plus an automatic time-lapse photography mode. Other modes will include single, AEB continuous shooting, countdown shooting, multiple continuous shooting and interval shooting. It is likely that you’ll be able to watch the launch event on DJI’s own website, where you can also sign up to find out more,” reports Pocket-Lint.