D-Theater released several prerecorded D-VHS cassettes, like this New York City demo, beginning in 2002. Unlike standard VHS tapes, all of these have built-in copy protection mechanism (DTCP) that prevented users from copying using a FireWire connection. Unfortunately, there were very few D-VHS players available to the world market and sales were very weak to say the least. When Blu-ray and HD-DVD were both introduced in 2006, it spelled the demise of the D-VHS format for good. 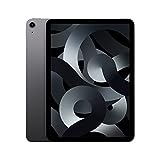 
What did JVC decide to do after the demise of D-VHS? Well, they chose to use MiniDV for its digital camcorders at the time, and since then, expanded into tapeless models that recorded directly onto a hard drive. However, JVC still markets the Digital-S format for professional use, but one interesting tidbit is that Sony’s MicroMV format still uses the same codec as D-VHS. Before Blockbuster and other video rental shops closed down, you might have actually been able to find D-VHS cassettes at a few of them.

Futuro House Looks Like a UFO, Has Game Room with Retro Arcade Machines

What The Witcher 3: Wild Hunt Looks Like in 8K with Reshade Ray-Tracing Running on an RTX 4090 Graphics Card