Photo credit: Reddit via Car Scoops
Let’s face it, some people just need a semi-truck for either work or personal reasons, but here’s what you shouldn’t do. One person decided to take a Ford Explorer, remove its wheels, and then set the body on a Freightliner semi-truck chassis. We’re not sure how well it drives, but this vehicle does have considerably more storage space than a standard SUV, especially with the large bed in the rear. One caveat, aside from its looks: double parking is inevitable. Read more for another image. 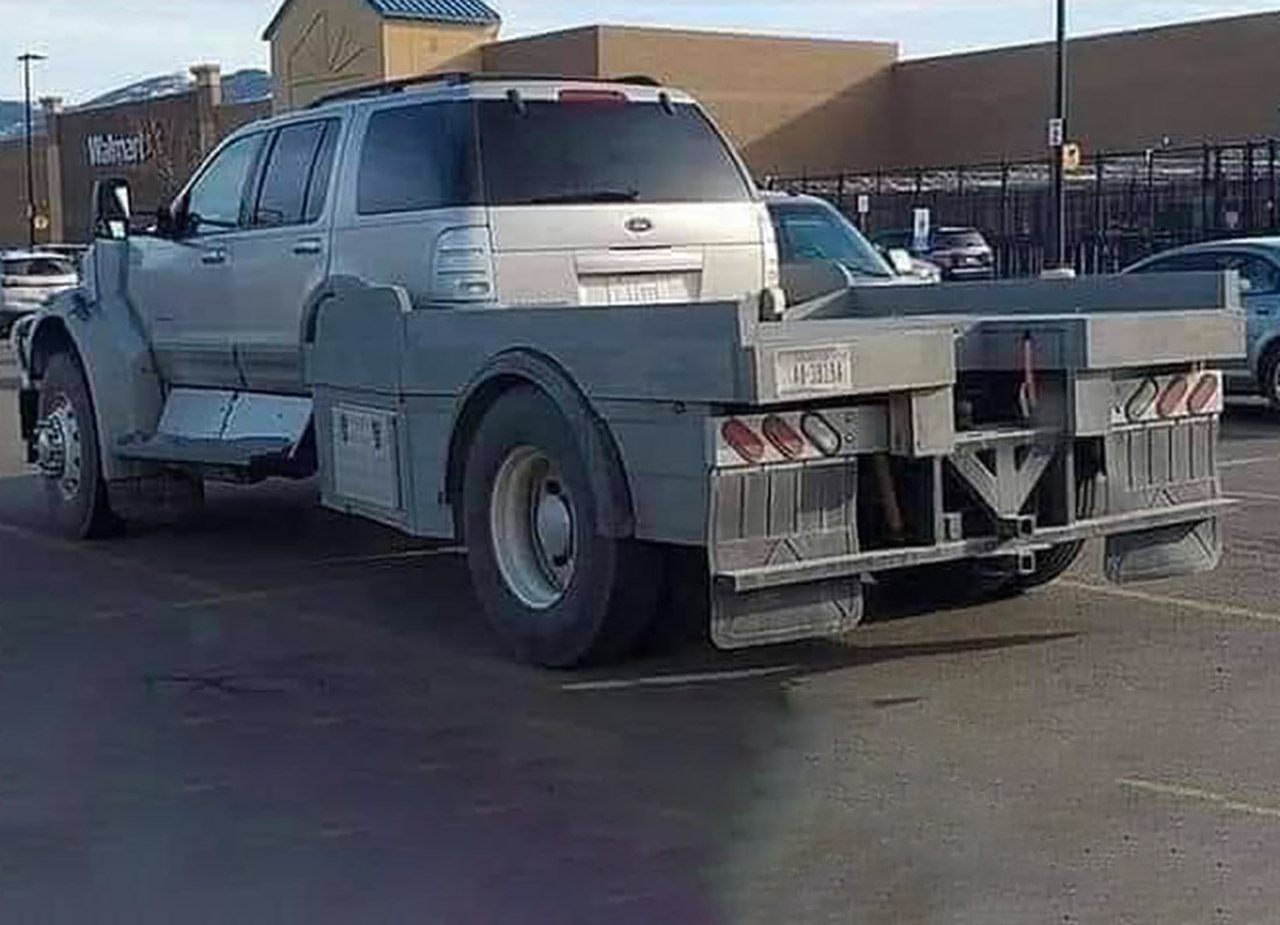 The Ford Explorer is currently in its sixth generation, having being offered with multiple chassis and powertrain layouts. What some may not know is that the first two generations were directly derived from the Ford Ranger, switching to a model-specific chassis for the third and fourth generations. However, the fifth generation was repackaged as a crossover vehicle, adopting a variant of the Ford Taurus chassis architecture (developed for SUV use).