Ford is slowly, but surely, transitioning to an all-electric lineup, starting with the Mustang Mach-E GT, and thus the Mach-Eau fragrance was born for those who crave the smell of traditional petrol cars. According to a Ford-commissioned survey, one in five drivers said the smell of petrol is what they’d miss most when swapping to an electric vehicle. This scent fuses smoky accords, aspects of rubber and even an ‘animal’ element. Read more for additional pictures and information. 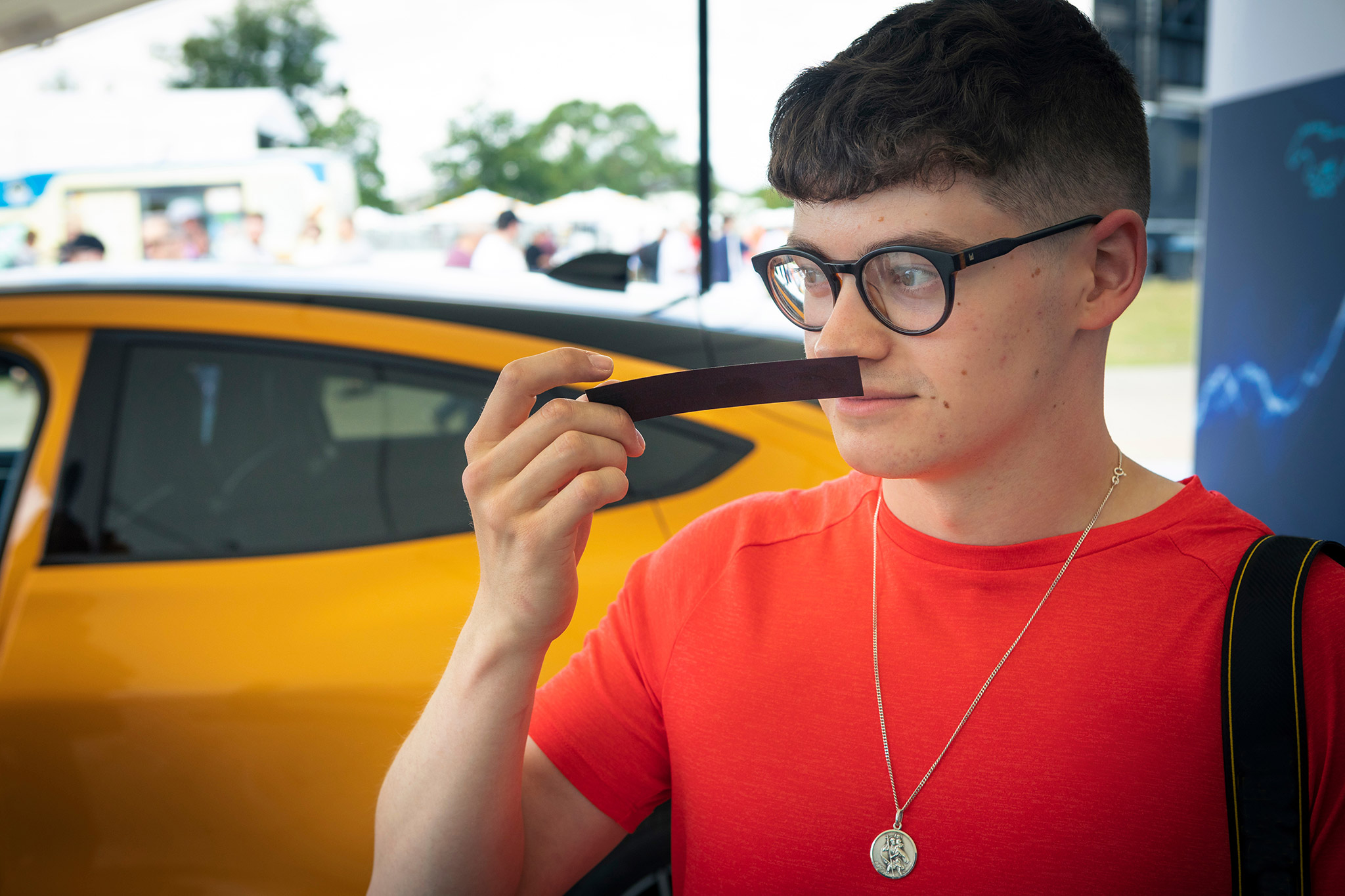 The fragrance was revealed this week at the Goodwood Festival of Speed. Unfortunately (or fortunately), this scent is not available to buy, but is rather a part of Ford’s ongoing mission to help dispel myths around electric cars and convince traditional car enthusiasts of the potential of electric vehicles. Olfiction developed the fragrance with ingredients that each add a specific element of the scent’s story. 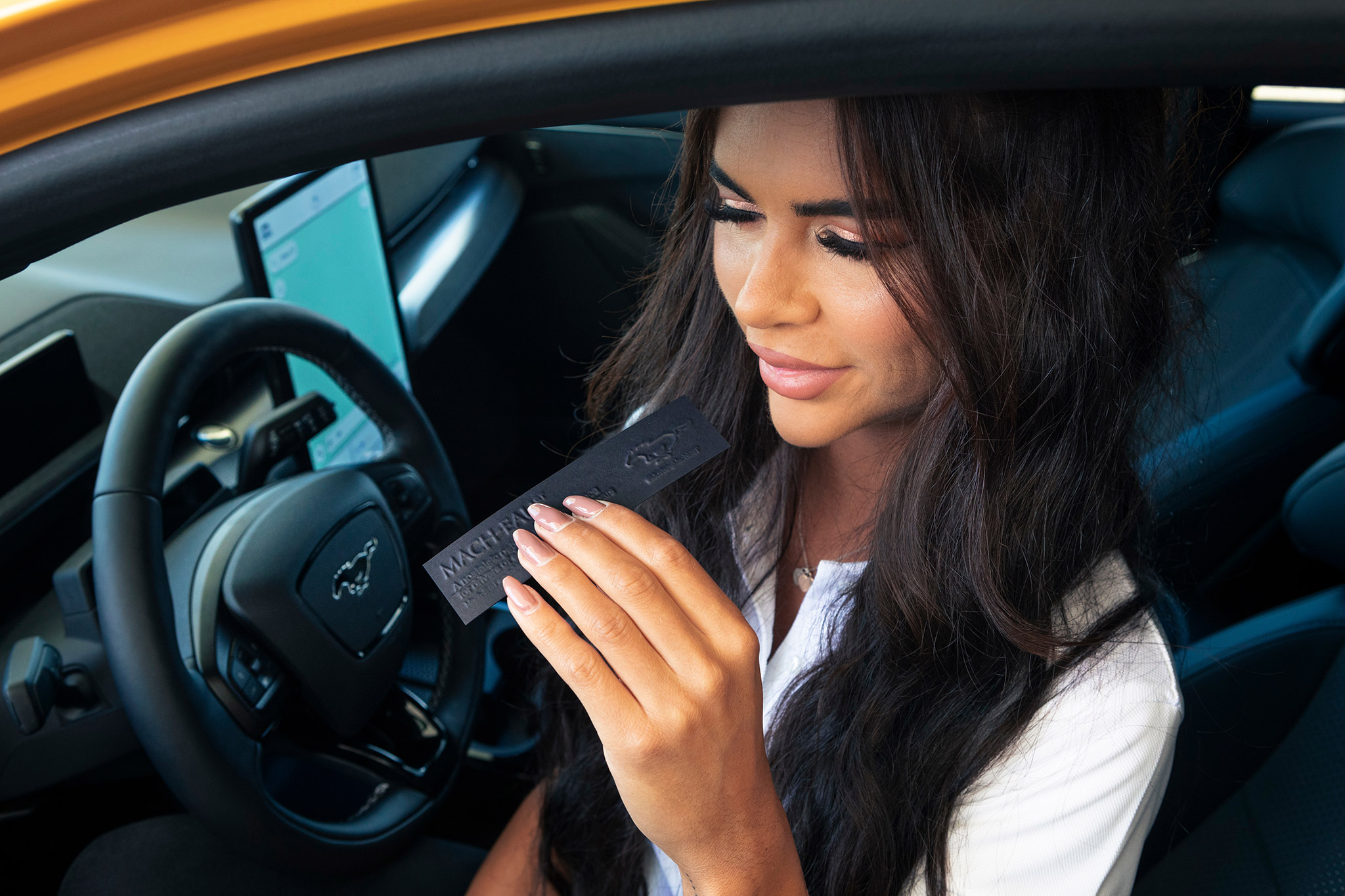 Judging by our survey findings, the sensory appeal of petrol cars is still something drivers are reluctant to give up. The Mach Eau fragrance is designed to give them a hint of that fuel-fragrance they still crave. It should linger long enough for the GT’s performance to make any other doubts vaporize too,” said Jay Ward, director, Ford of Europe Product Communications.