The NASA / ESA Hubble Space Telescope captured an incredible image of Abell 1351, a massive galaxy cluster that lies in the constellation Ursa Major in the northern hemisphere. It was photographed using its Wide Field Camera 3 and Advanced Camera for Surveys. 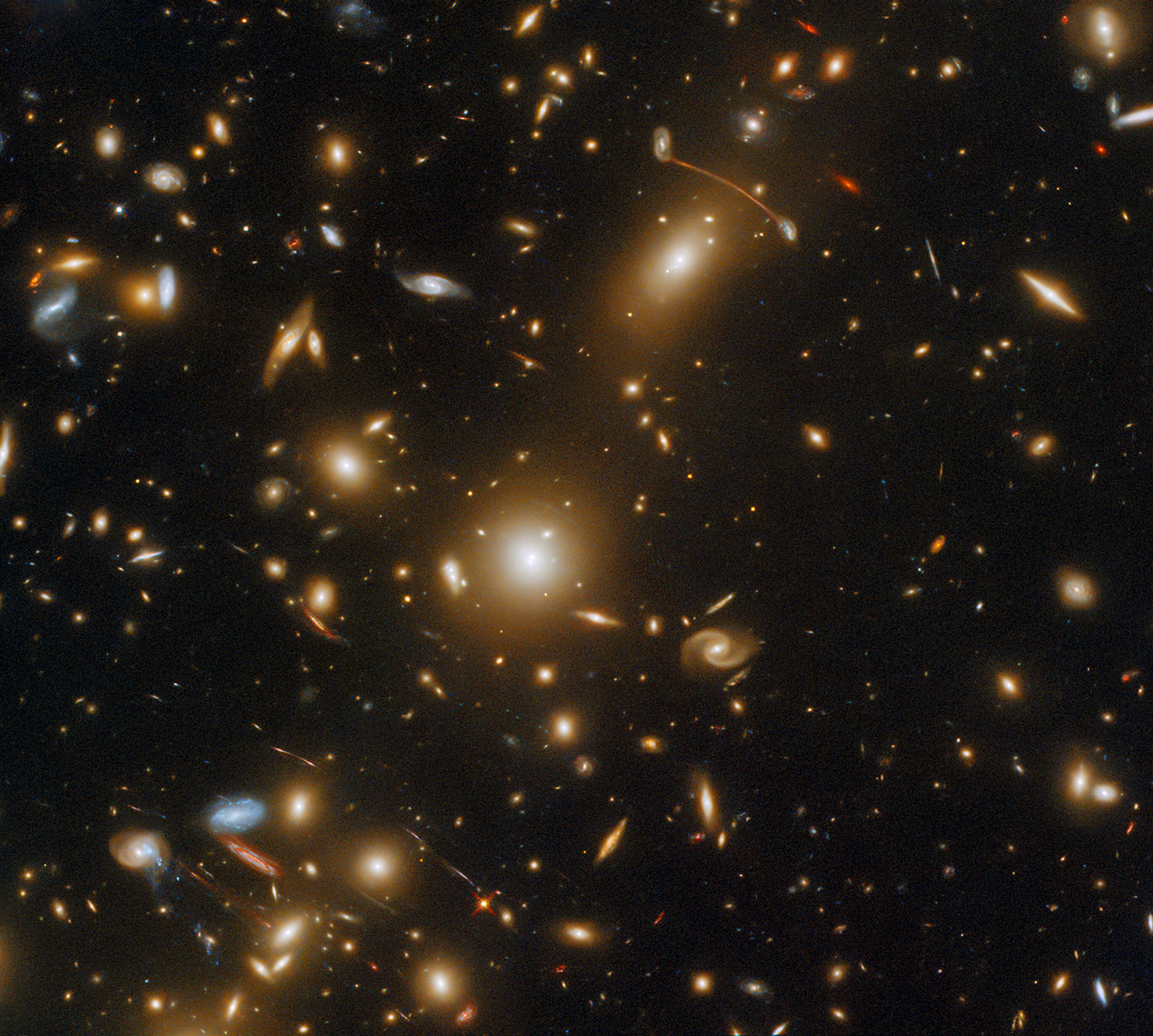 We see streaks of light that are actually the images of distant galaxies and the result of gravitational lensing. The latter is essentially an astrophysical phenomenon that occurs when a massive celestial body such as a galaxy cluster distorts spacetime sufficiently strongly to affect the path of light passing through it. Now here’s what a black hole sounds like at the center of the Perseus Galaxy Cluster.

These Snapshot Programs are lists of separate, relatively short exposures which can fit into gaps between longer Hubble observations. Having a large pool of Snapshot candidates to dip into allows Hubble to use every second of observing time possible and to maximise the scientific output of the observatory,” said the European Space Agency.

Crazy Millennium Falcon Home Theater Can be Found Inside This $14.9-Million Mansion