The NASA/ESA Hubble Space Telescope never ceases to amaze, and one of their more recent images provides an edge-on view of the glimmering spiral galaxy UGC 11537. Hubble’s Wide Field Camera 3 was used to capture this star system and the tightly wound spiral arms swirling around its center at infrared as well as visible wavelengths. Why both? To show the illuminated bands of stars and the dark clouds of dust threading throughout the galaxy. Read more for a zoomed out image and a bonus. 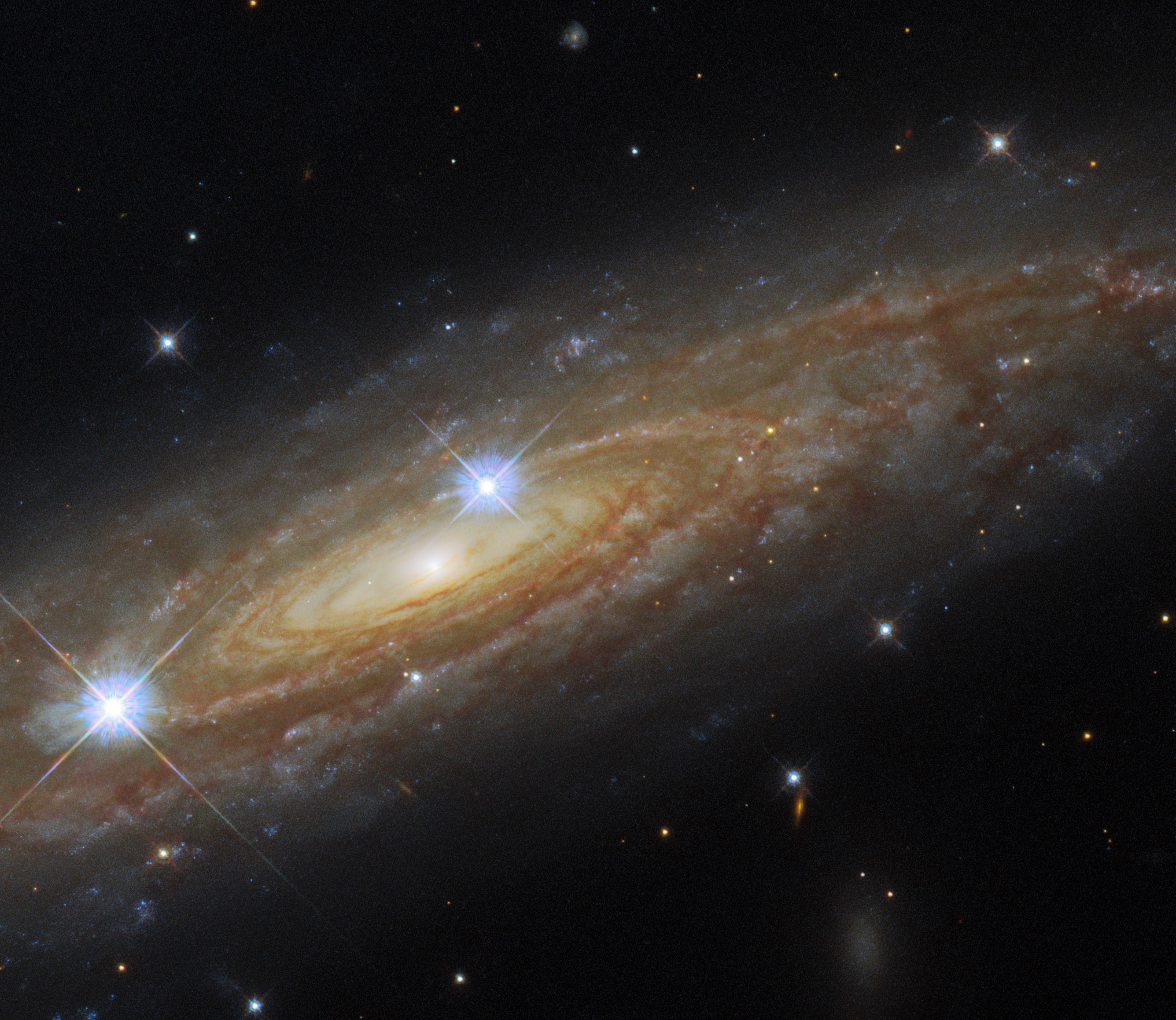 Photo credit: ESA/Hubble & NASA, A. Seth
This spiral galaxy is located 230 million light-years away in the constellation Aquila, and is very close to the plane of the Milky Way. Due to its proximity to the Milky Way, the latter’s foreground stars can be seen in the image, or to be more specific, the two bright stars in front of UGC 11537 are from within the Milky Way, surrounded by diffraction spikes.

This image came from a set of observations designed to help astronomers weigh supermassive black holes in distant galaxies. The combination of Hubble’s sharp-eyed observations and data from ground-based telescopes allowed astronomers to make detailed models of the mass of stars in these galaxies, which in turn helps constrain the mass of supermassive black holes,” said the European Space Agency (ESA).