Photo credit: Lets Go Digital
Apple suppliers are finalizing the design of a full screen display for the next-generation iPhone, set for release in 2020. To achieve this feat, the TrueDepth camera will have to be integrated directly under the screen and there’s rumored to be an in-display fingerprint scanner as well, which means that at least one model will be without Face ID functionality. Read more for the patent sketches and additional information. 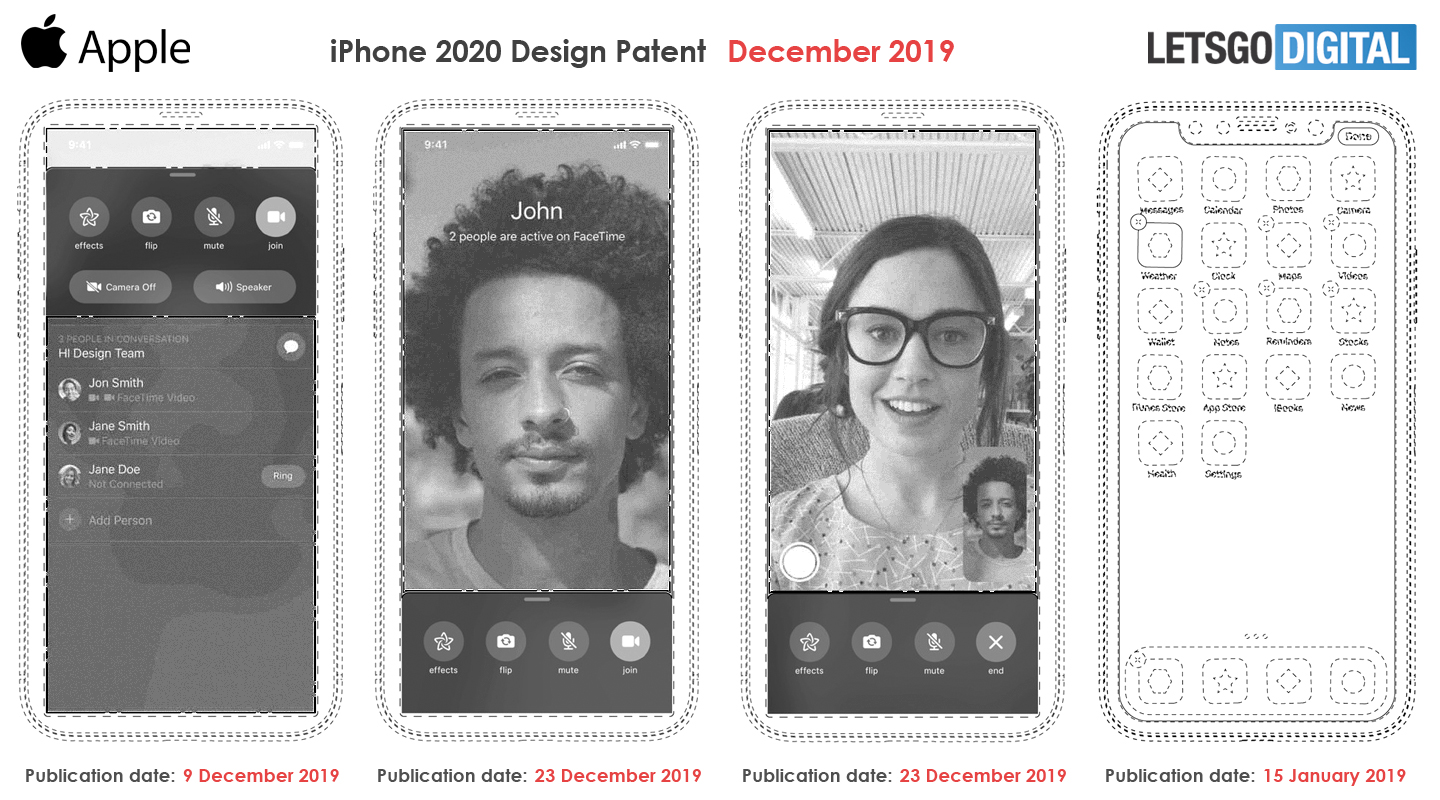 Apparently, the under-screen, front-facing camera will only be found in the highest end model, thus meaning the lower end versions could look the same as the current iPhone 11. A patent recently published by the JPO (Japan Patent Office) on December 23, 2019 shows an Apple device where its screen edges are identical on all four sides and the essential components are built-in under the screen.