Amazon CEO Jeff Bezos and Tesla / SpaceX CEO Elon Musk are two of the biggest names in technology right now, but what if they were actors instead? Or to be more specific, actors in Star Trek: The Original Series, which ran from 1966-1969. Well, thanks to deepfake technology, we get to see the former playing a Talosian alien, while Musk takes on Captain Christopher Pike. Read more for the video and additional information.

For those having trouble following the dialogue, the reason is because these clips have been stitched together to isolate the conversation between the Talosian alien and Captain Pike, rather than have other characters show up. In the actual episode, there are other cast members that fill in the missing dialogue and make sense of what’s being conversed. 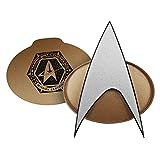