The LEGO Group and Nintendo today introduced four new Power-Up Packs that lets fans customize their levels in new ways. To be more specific, his wardrobe has been expanded to feature the Fire Mario, Propeller Mario, Cat Mario, and Builder Mario suits. With Fire Mario, the famous plumber gains the Fire Attack power, making it easier to attack enemies and collect extra coins. Read more for a video, additional pictures and information.

The Propeller pack triggers sounds when players dress Mario up in this suit and make him ‘fly’ to try and win coins. The Cat pack lets Mario start meowing and purring, while giving him the special power to walk up vertical obstacles and collect coins. Lastly, the Builder pack lets players earn digital coins by making him stomp hard on LEGO bricks in the course they have created. All of these will hit stores on August 1st, priced at $9.99 USD each. 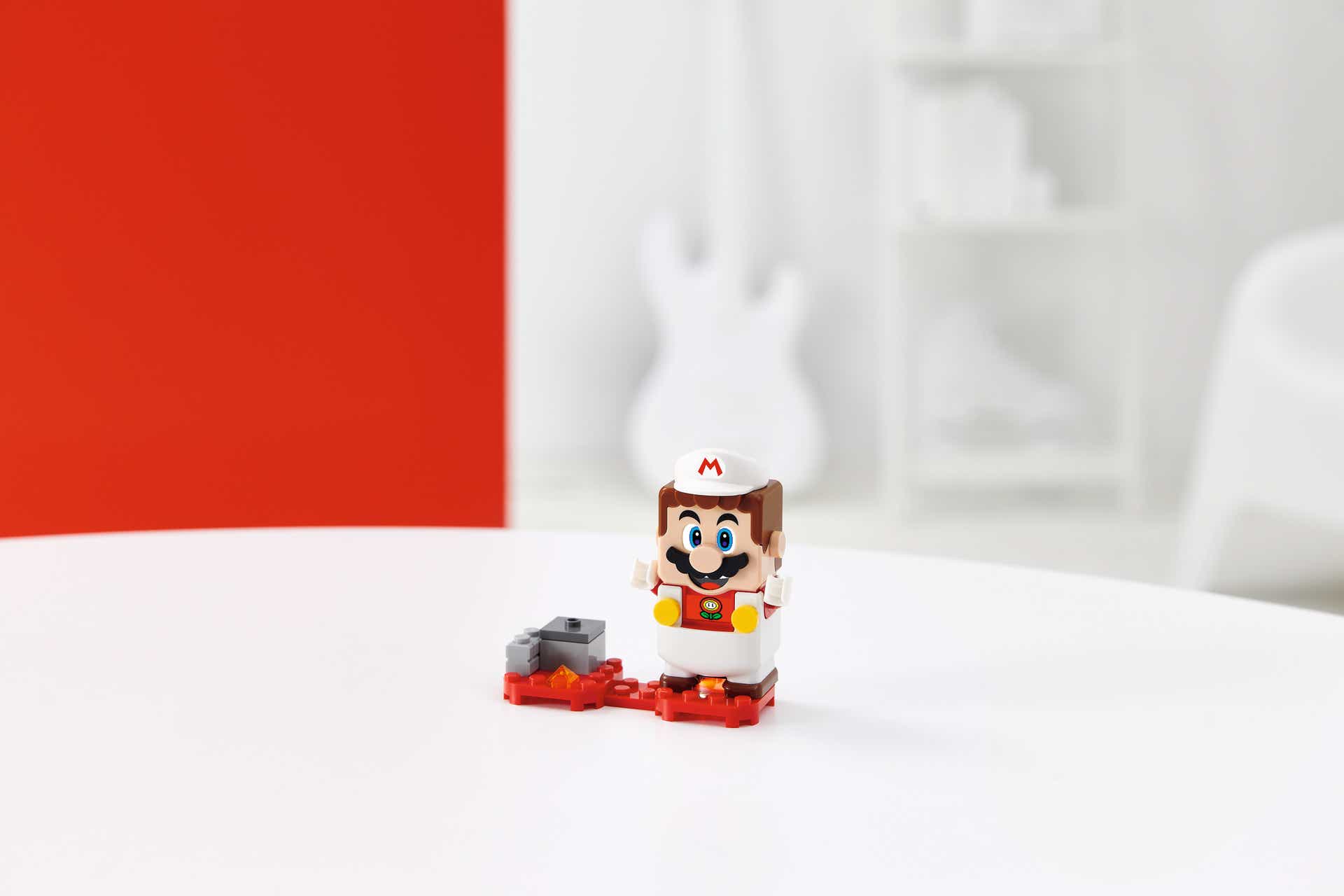 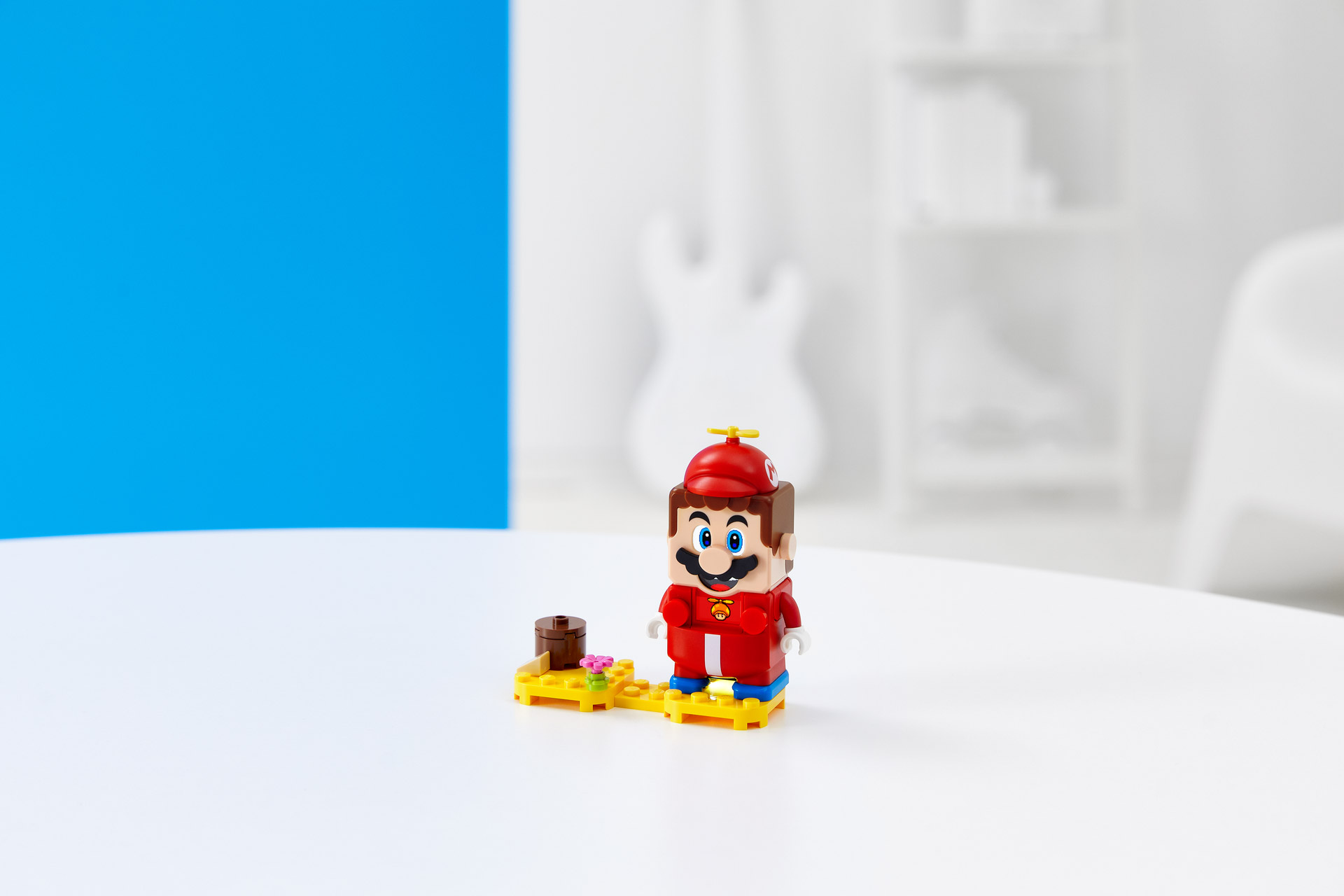 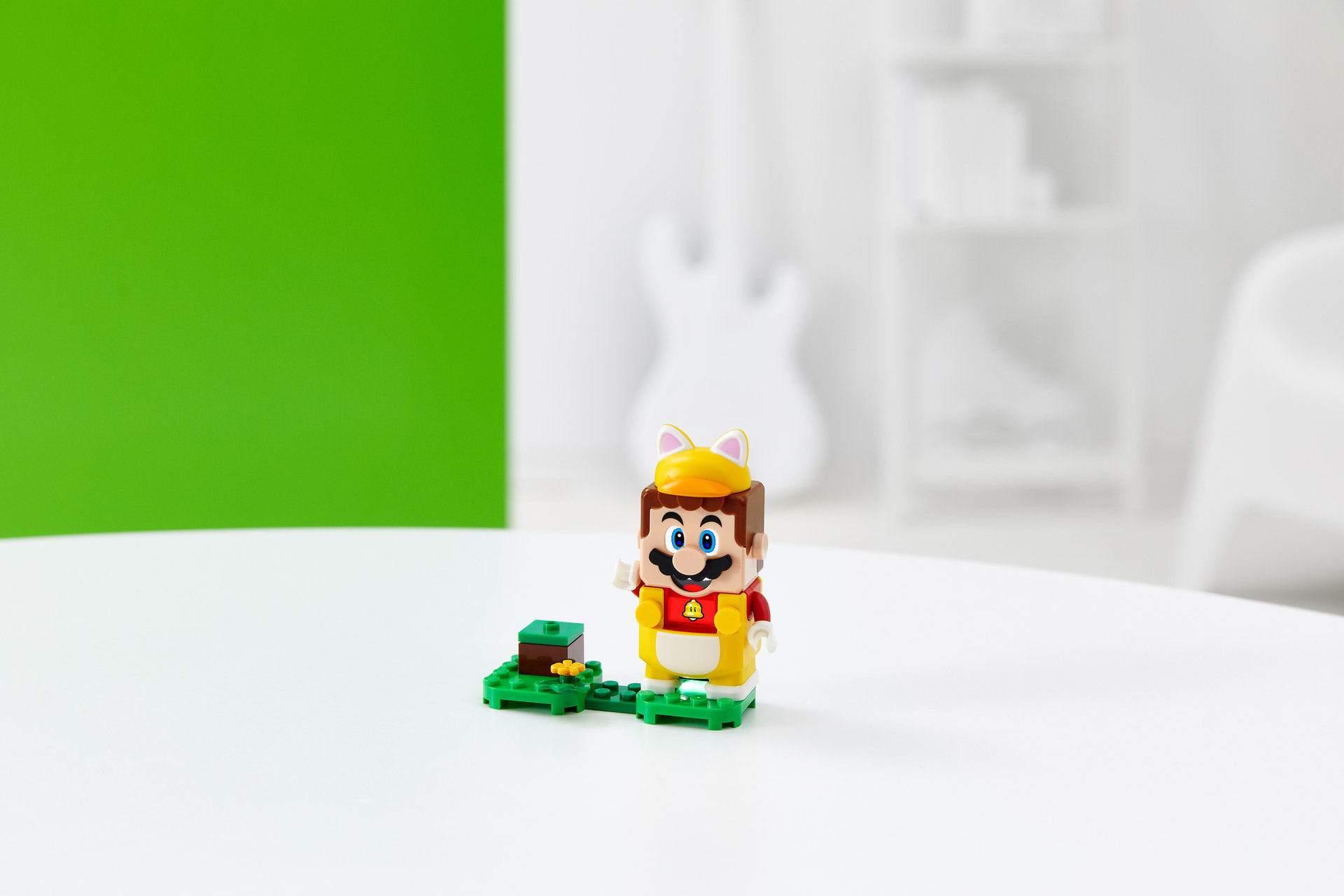 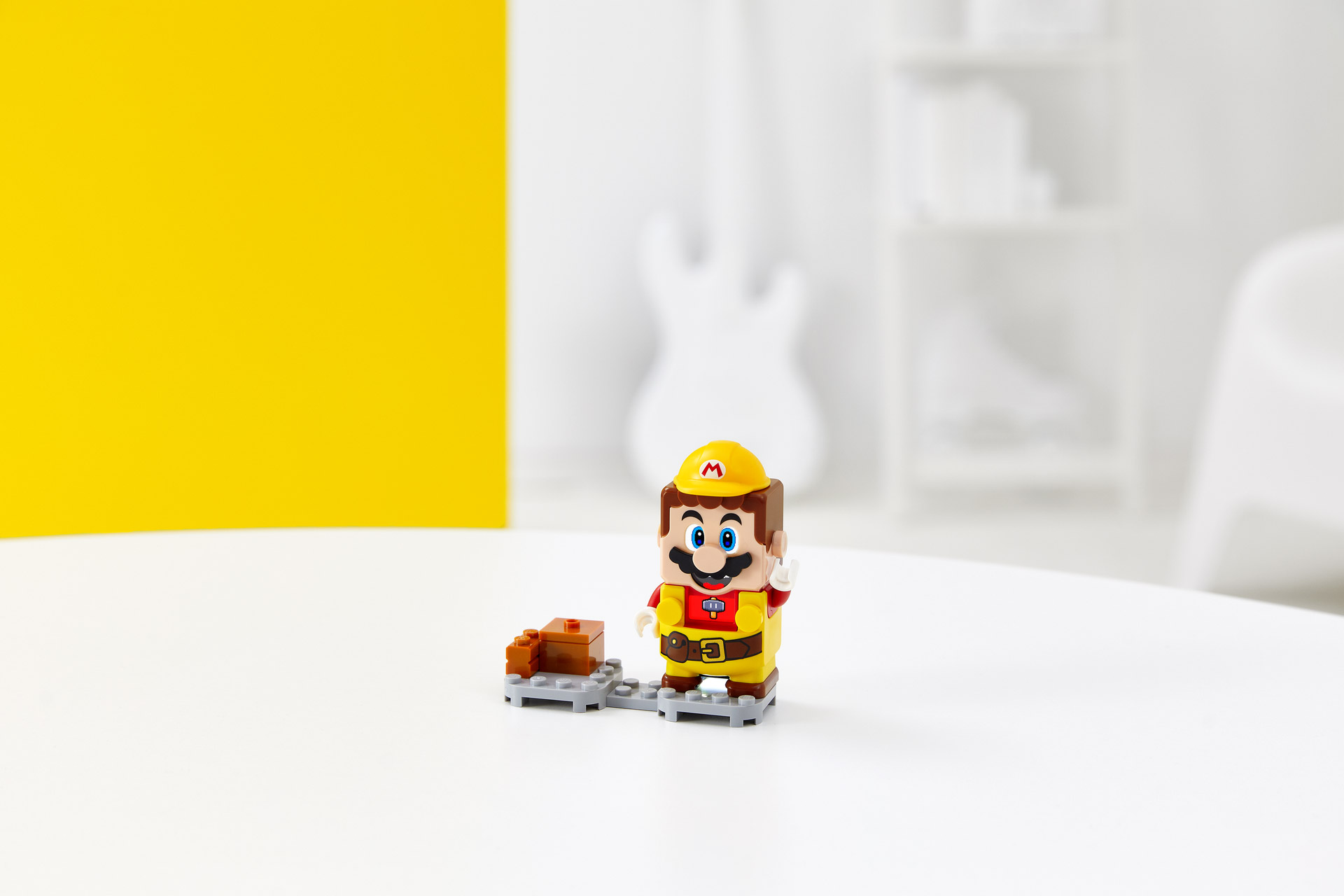 To play with the suits, fans will need the LEGO Mario figure included in the Adventures with Mario Starter Course (71360). No batteries needed for the Power-Up Packs, just dress LEGO Mario in the suits to power up,” said LEGO.