Photo credit: Brad Builds
Most film buffs know that the original Mad Max film is an Australian dystopian action thriller film whose main character, Max Rockatansky, drives a supercharged V8-powered black Pursuit Special. If they released a reboot, but used a new Tesla Roadster instead, it might look something like this. To ensure that you won’t need to pull into a supercharger, it comes equipped with a solar panel system on the hood, roof, and roof rack. Read more for additional pictures. 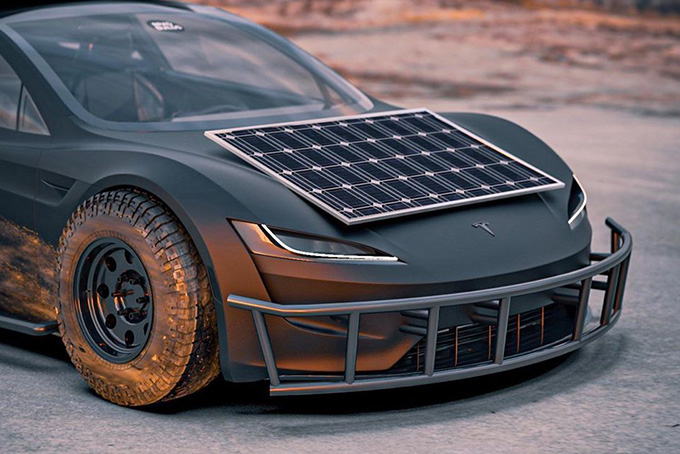 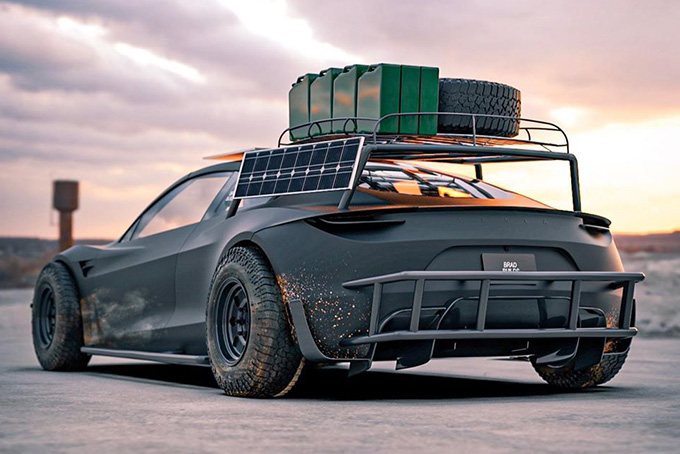 Other off-road upgrades include beefier tires, a slight lifted to help tackle any kind of terrain, a roof rack, and front / rear guards. Now we don’t recommend you try hunting down Nightrider’s motorbike gang, but it would definitely be a head turner in the real world should someone use this concept as a guideline when modifying their own when deliveries begin. 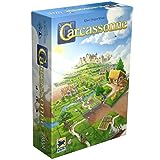 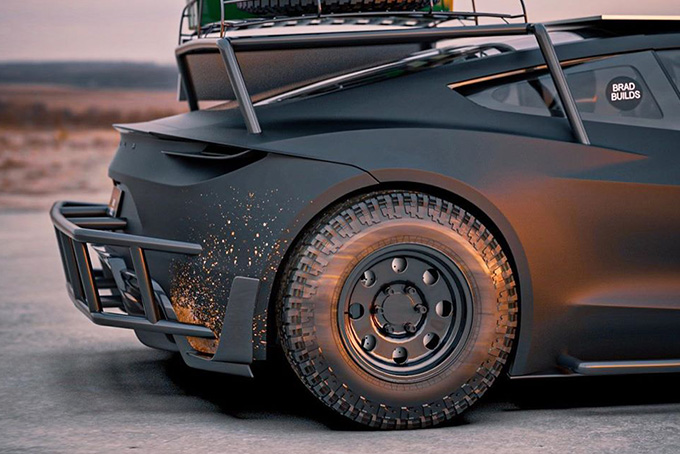 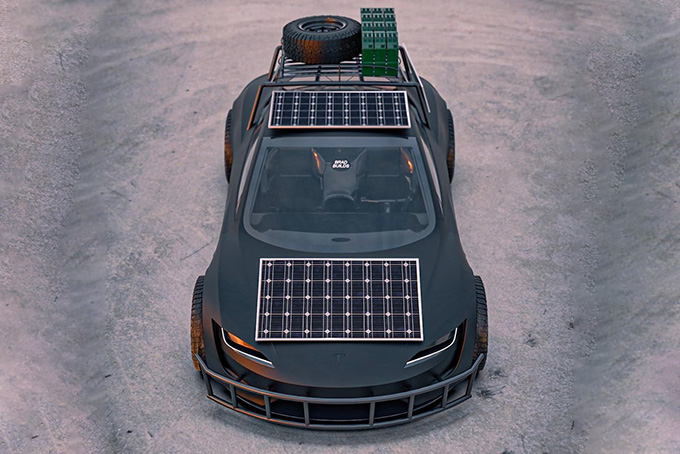