Photo credit: FCC / Motorola
Motorola’s folding RAZR smartphone is set to be officially unveiled later today, but Federal Communications Commission certification, gives us an early sneak peek. These images show the device from every angle, and yes, the spy shots were accurate to say the least, as it does feature a notched folding display and a second display on the exterior. Read more for additional pictures and information. 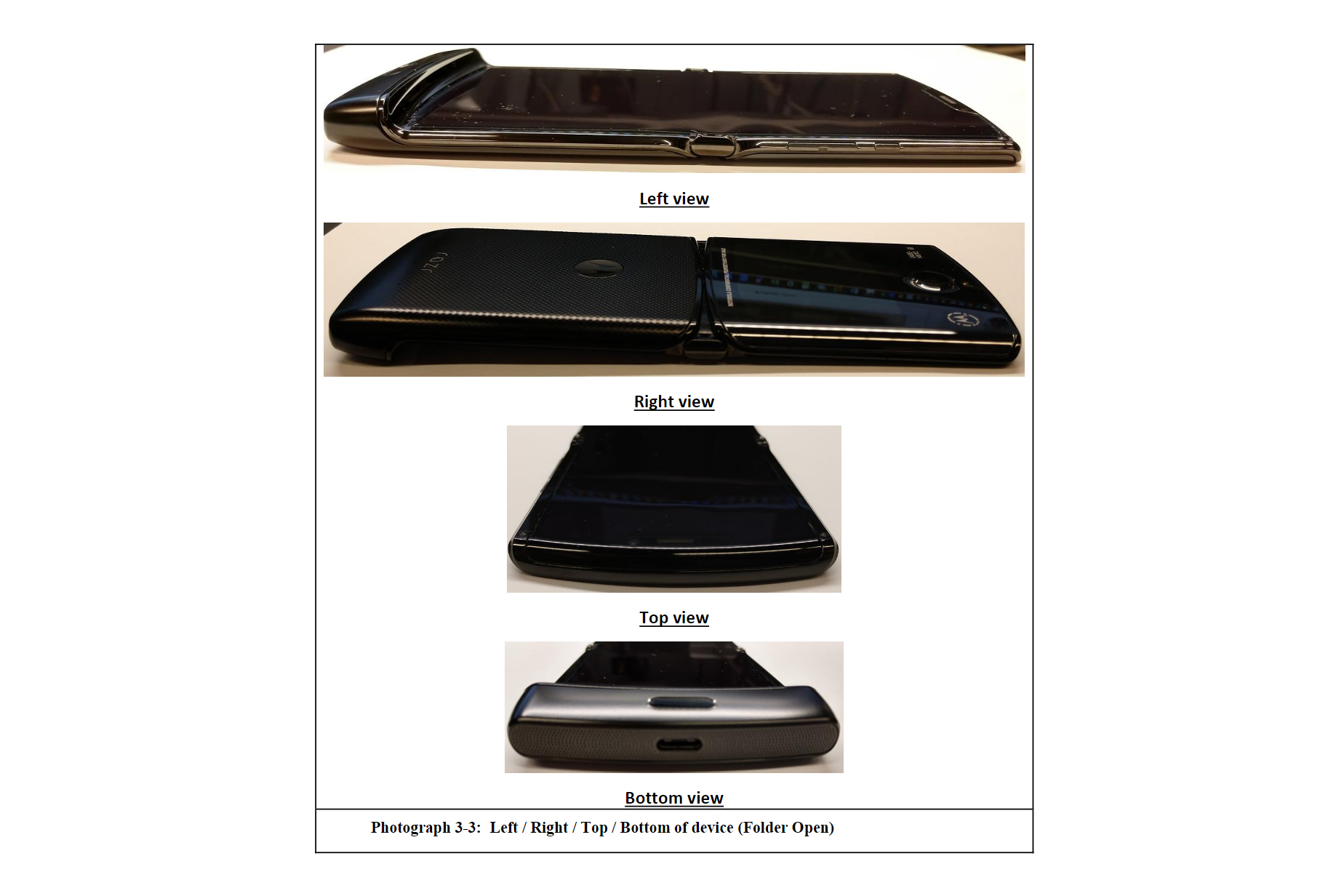 No technical specifications were revealed, but as you can see, there’s a USB-C charging port at the bottom and no headphone jack to boot. There’s speculation that the button below the phone’s display functions as a home button / fingerprint sensor or just a switch used to flip the RAZR open after pressing it. Once the official unveiling happens, we’ll be sure to keep you up to date.

Apple Officially Unveils the 16-inch MacBook Pro, Can Be Configured with 64GB of RAM