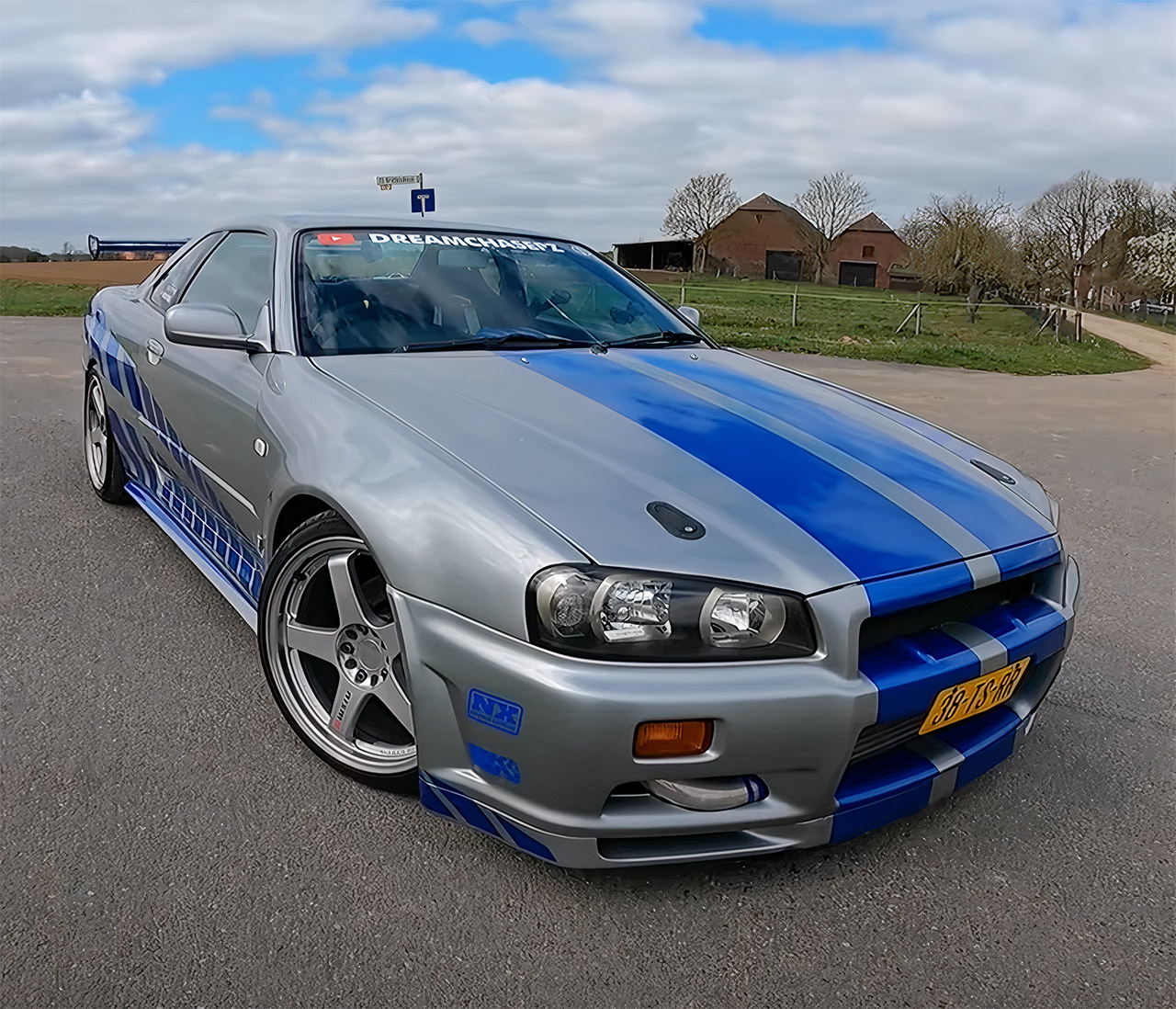 Paul Walker, also known as Brian O’Conner in the Fast & Furious series, uses his Nissan Skyline R34 GT-R to participate in the street race hosted by Tej Parker. You see his vehicle racing against friend Suki, along with opponents Slap Jack and Orange Julius. For those who’ve seen 2 Fast 2 Furious, you probably know that Slap Jack’s 1993 Toyota Supra puts up a good battle against the Skyline until he makes too wide a turn, allowing Brian to take the lead. Read more to see what a tribute car can do on Germany’s famous Autobahn.

This is considered a tribute car rather than a replica because it’s actually a Nissan Skyline GT-T converted into a GT-R by way of replacing its original RB25 engine with an RB26. The twin-turbocharged straight-six engine was then tuned to generate 450 hp and 369 lb-ft of torque, making it perfect to tackle the Autobahn and go for a high speed run.