Many have watched Star Wars: A New Hope dozens of times or more, but the colorized image above provides a look at the original cast out of costume during a 1977 photo shoot. Plus, did you know that it was only screened in about 50 theaters when it first opened? In comparson, The Phantom Menace opened in nearly 3,000 in 1999. Or, that before the movie opened, there was a theft issue at the production offices. As the hype built, people were desperate for Star Wars memorabilia and information. Thousands of color transparencies were stolen, and at the time, the going rate for a black-market purchases was $5 each. Continue reading for more incredible colorized historical photos from much simpler times. 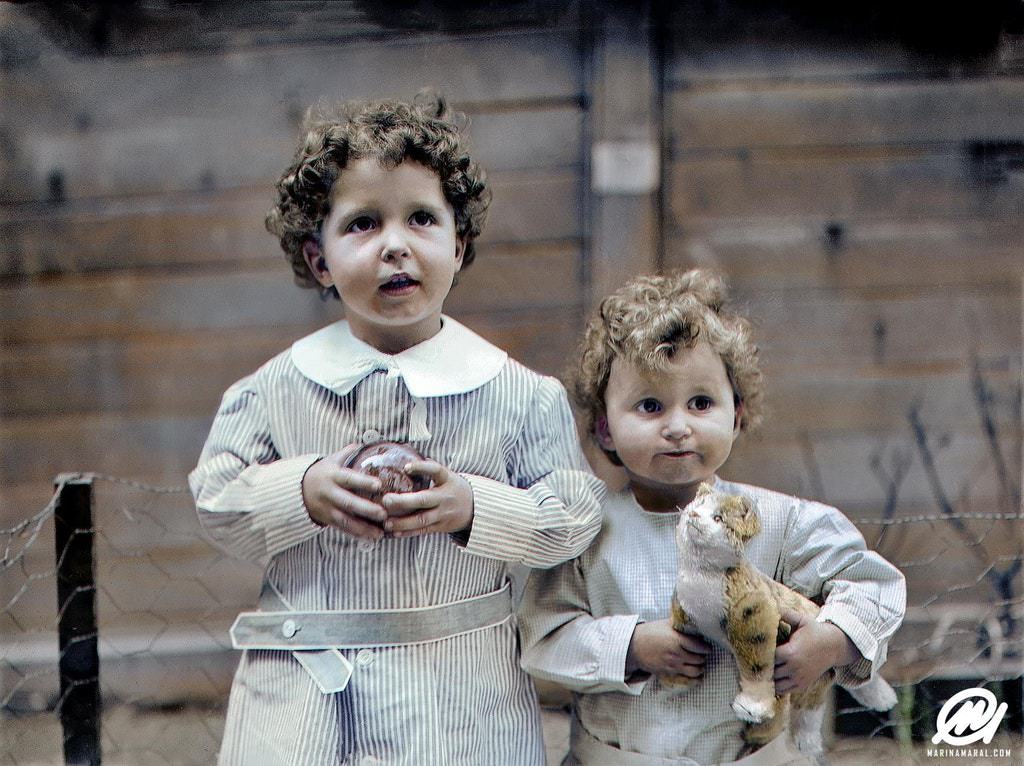 Titanic Orphans, brothers Michel and Edmond Navratil, 1912. They were the only children to be rescued from the Titanic without a parent or guardian. 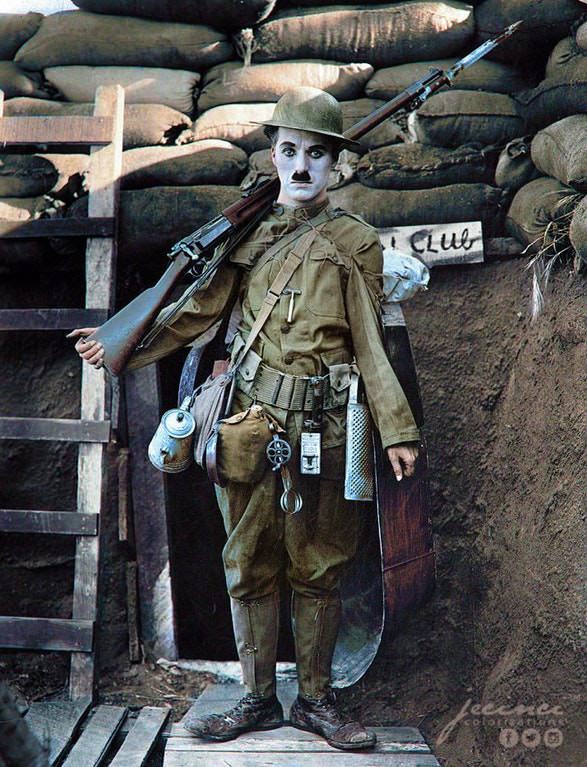 Shoulder Arms is Charlie Chaplin’s second film for First National Pictures. Released in 1918, it is a silent comedy set in France during World War I. The main part of the film actually occurs in a dream. It co-starred Edna Purviance and Sydney Chaplin, Chaplin’s elder brother. It is Chaplin’s shortest feature film as well as the first feature film that he directed. 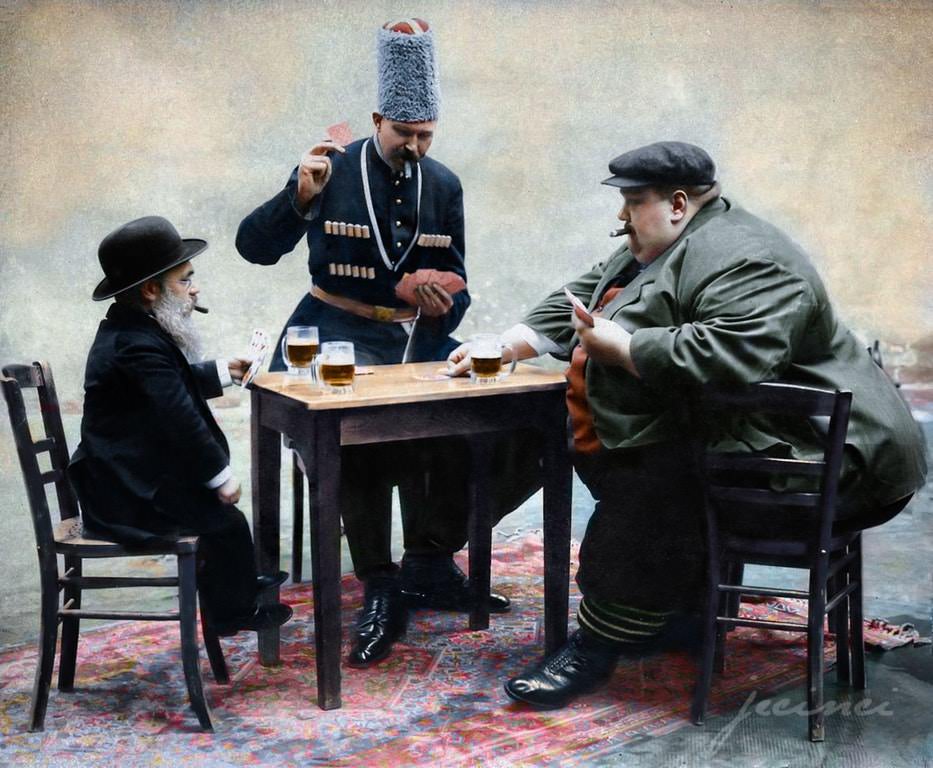 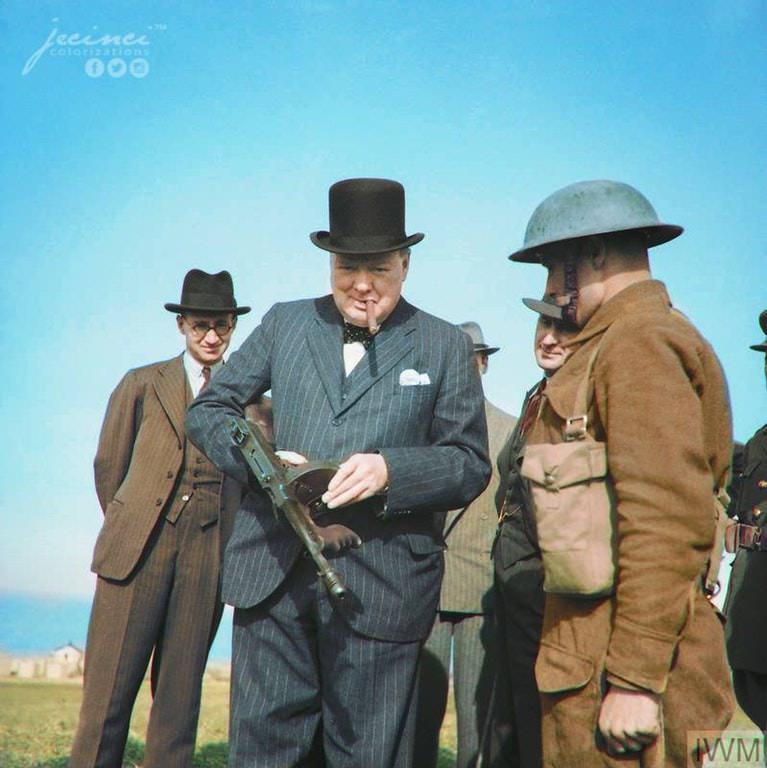 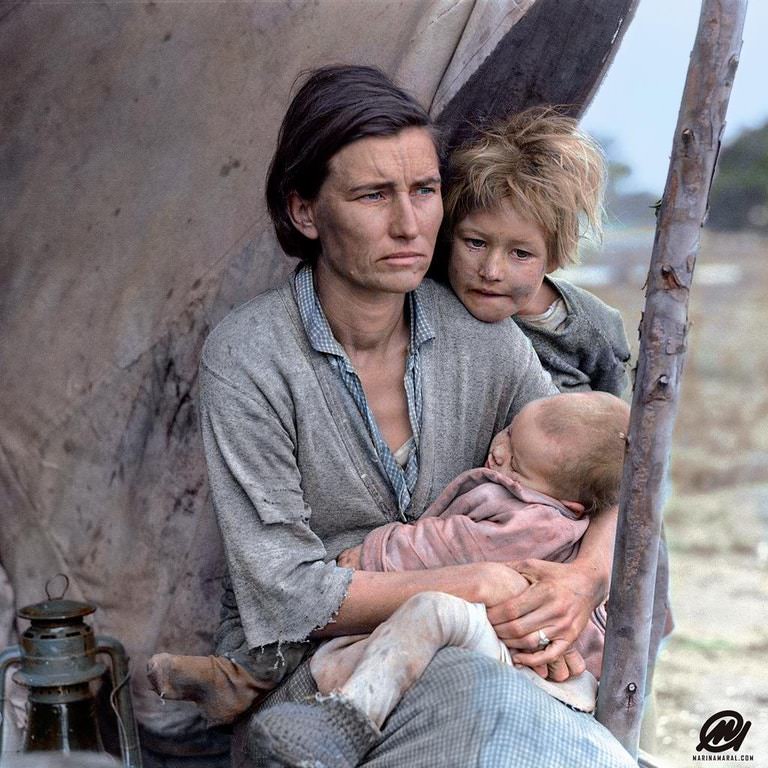 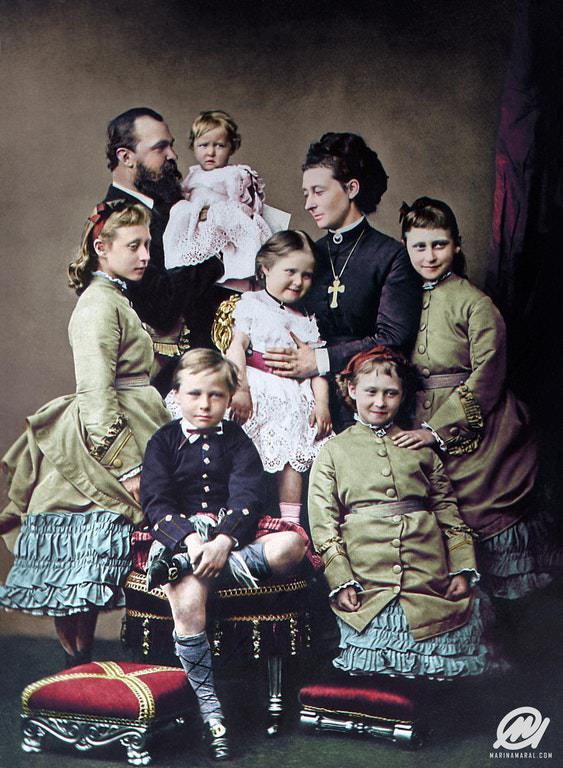 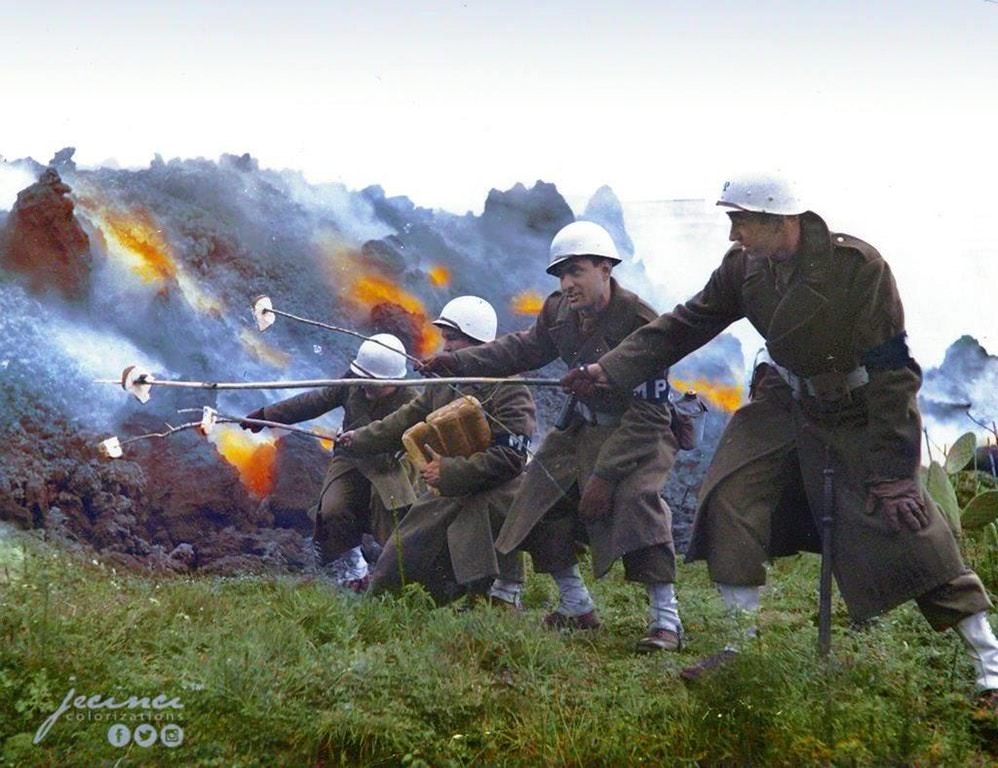 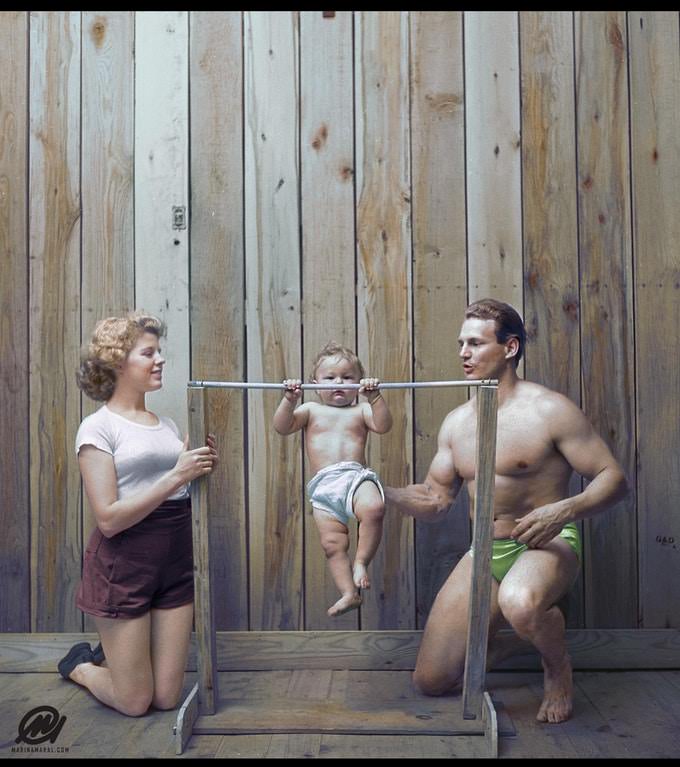 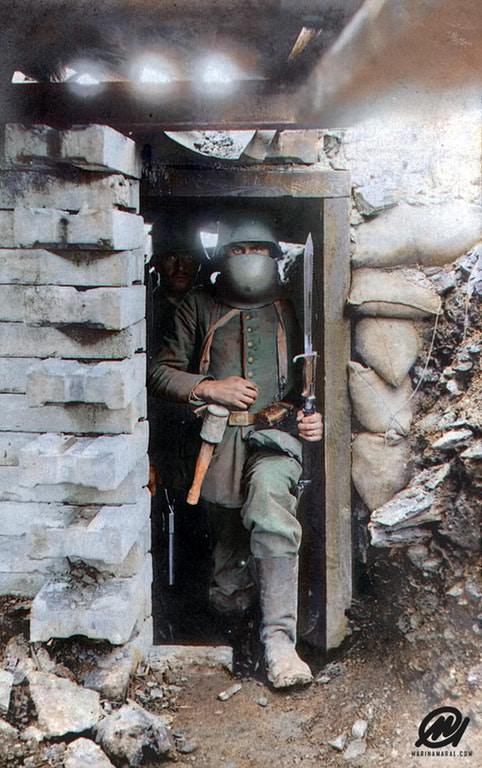 A German soldier with a saw tooth bayonet stands in a dugout wearing his brow plate slid down to his neck, World War I. 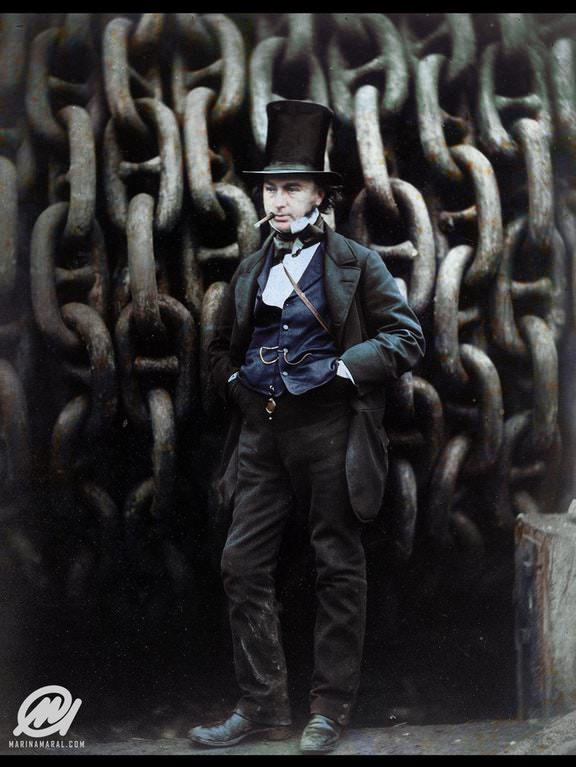 This photograph of Isambard Kingdom Brunel, considered “one of the most prolific figures in engineering history” was taken 160 years ago. 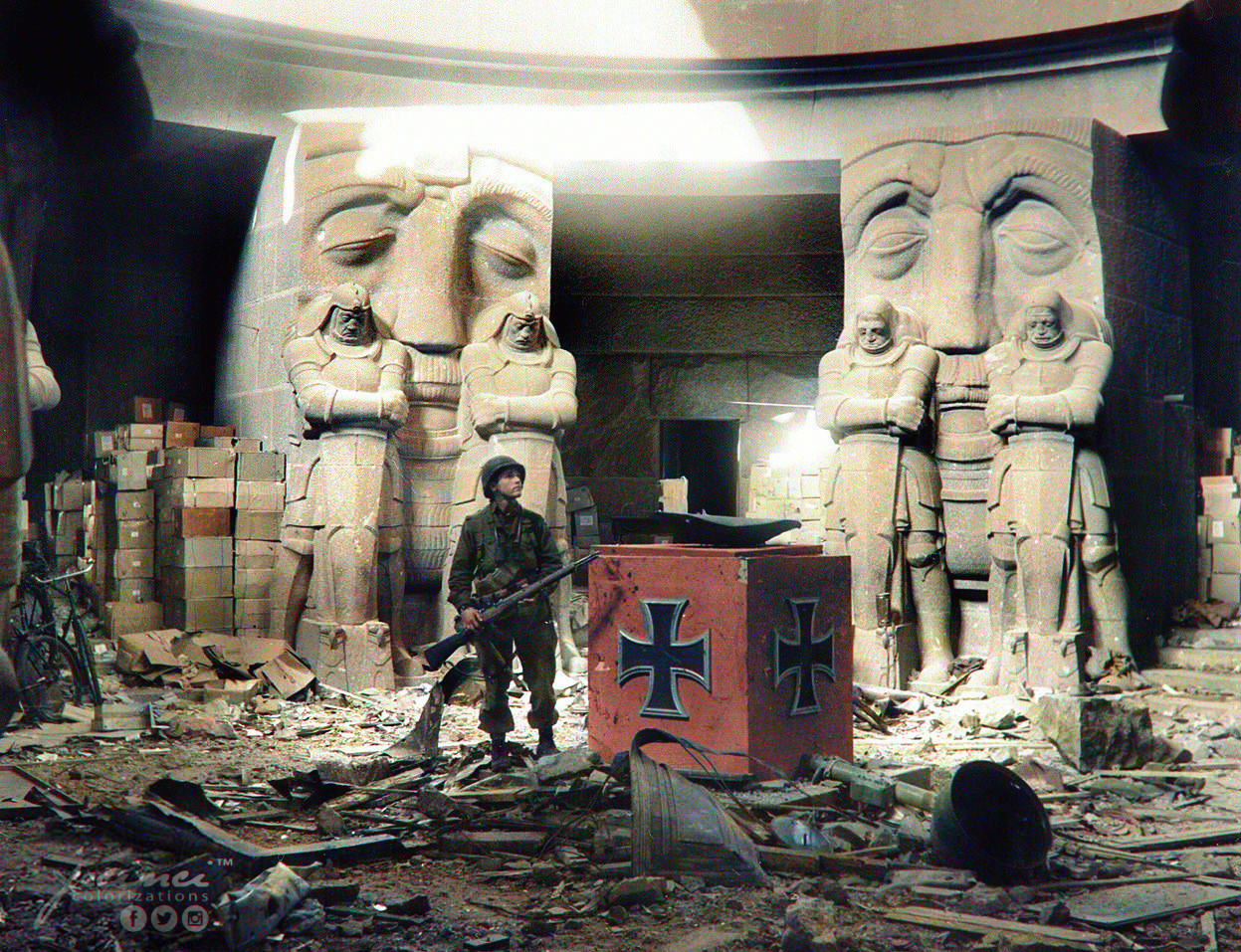 A soldier of the 1st US Army, among debris inside the Monument to the Battle of the Nations in Leipzig, Germany April 1945. 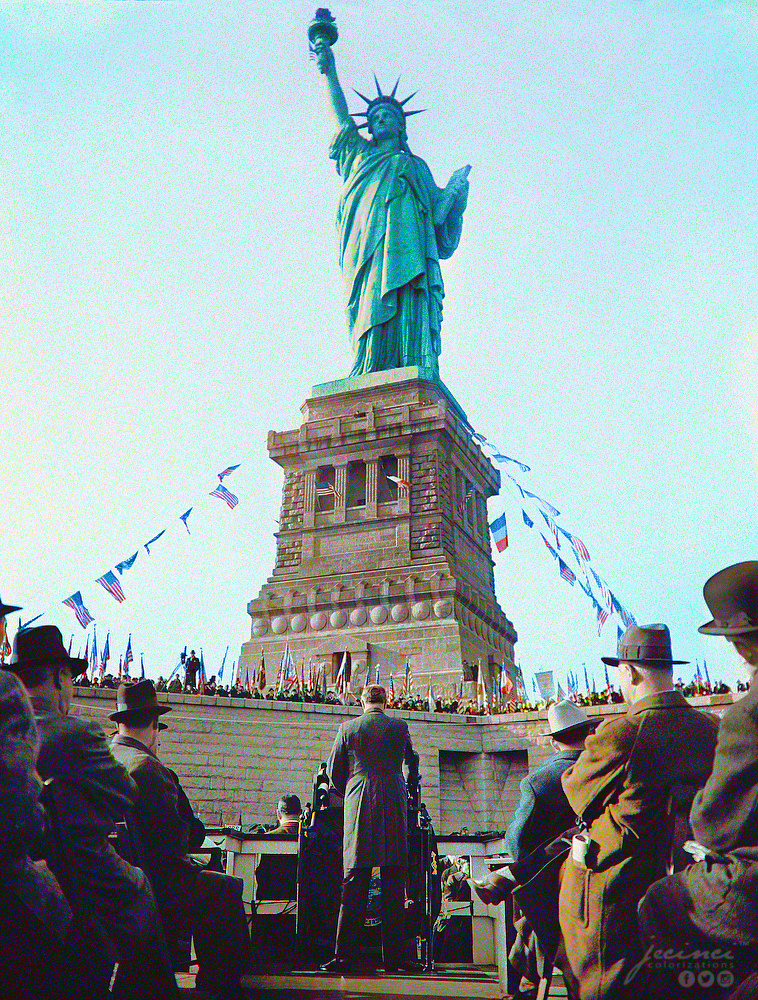 President Franklin Delano Roosevelt’s address on the 50th anniversary of the Statue of Liberty. October 28, 1936. 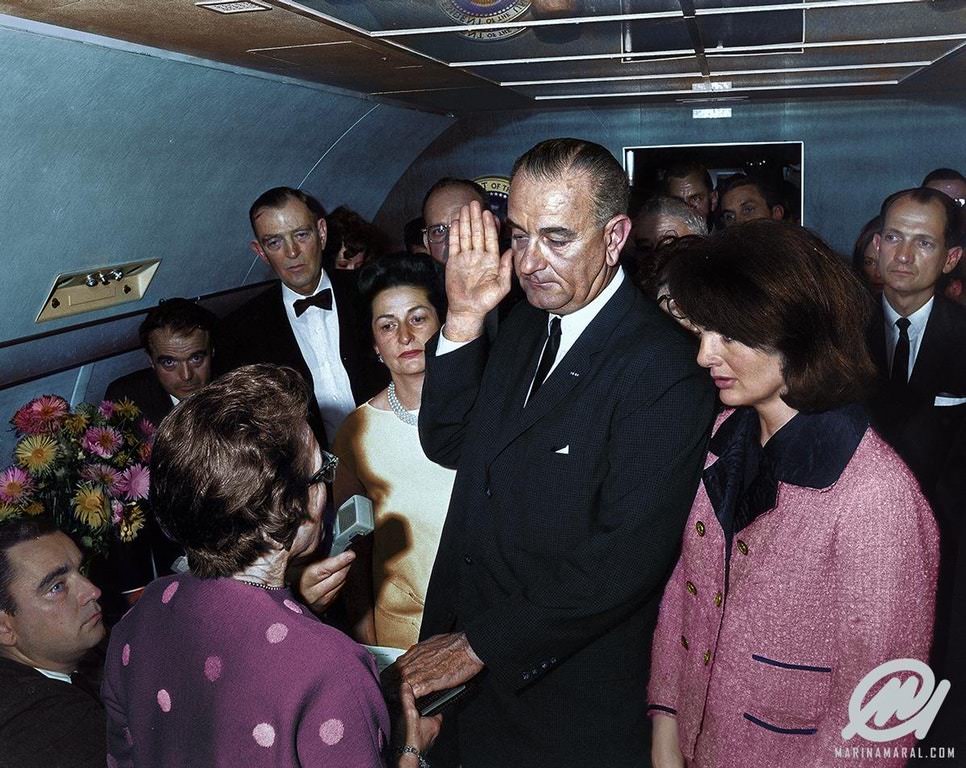 Lyndon B. Johnson takes the oath of office aboard Air Force One at Love Field in Dallas following the assassination of JFK. 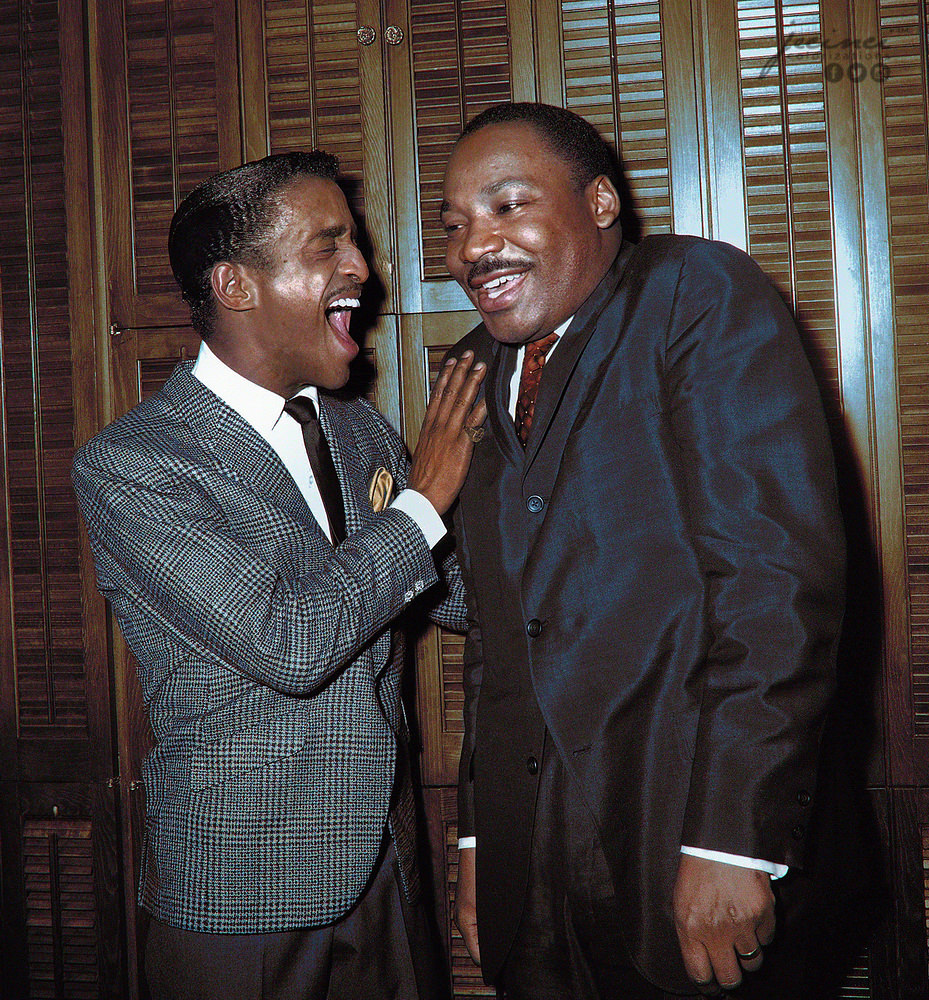 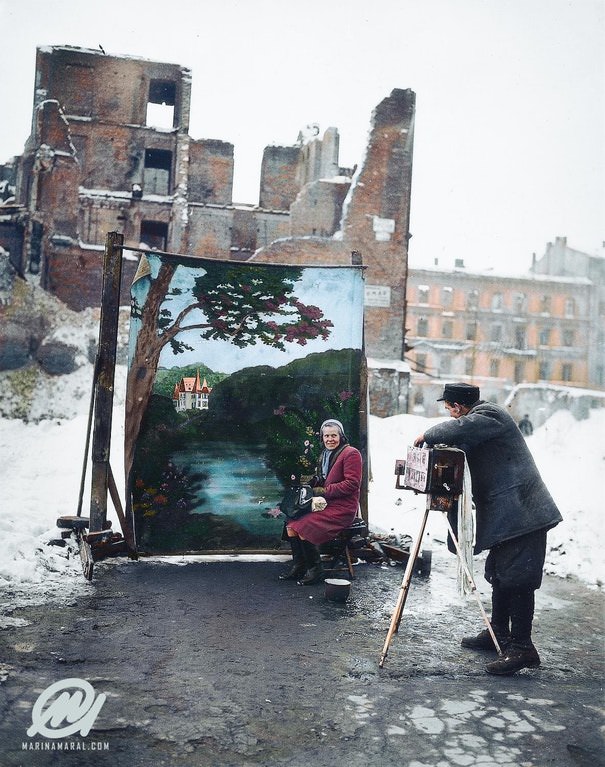 A photographer uses his own backdrop to mask Poland’s World War II ruins while shooting a portrait in Warsaw, November 1946. 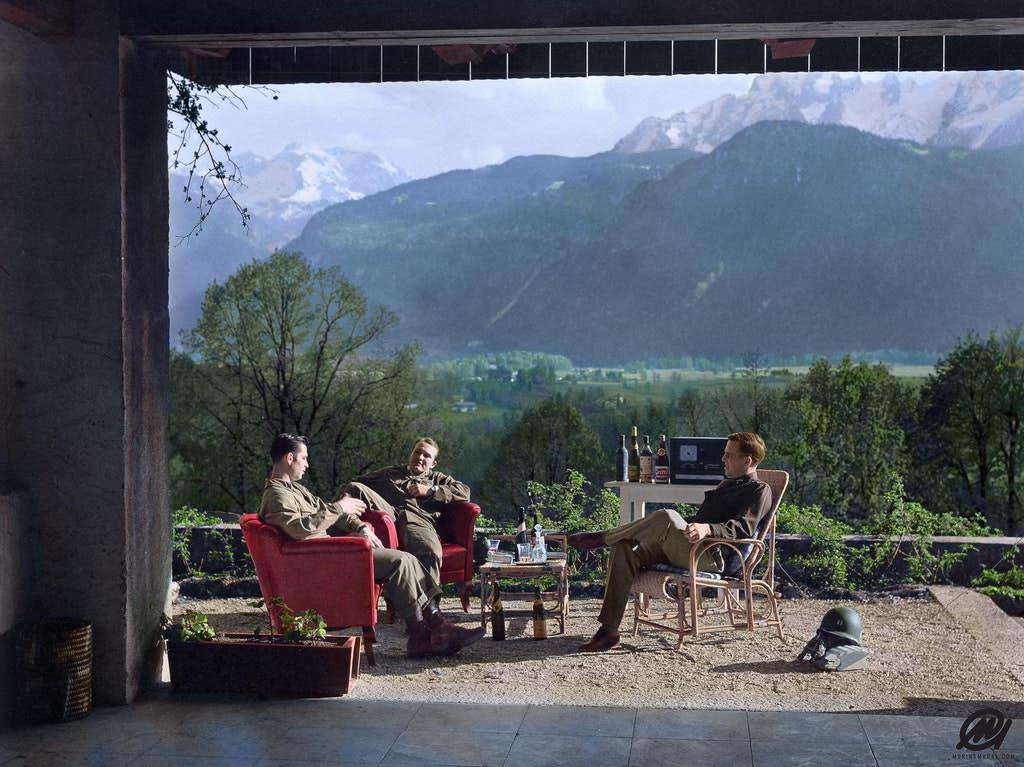 Paratroopers of Easy Company (Band of Brothers), at Berghof (Adolf Hitler’s home in the Bavarian Alps), 1945. 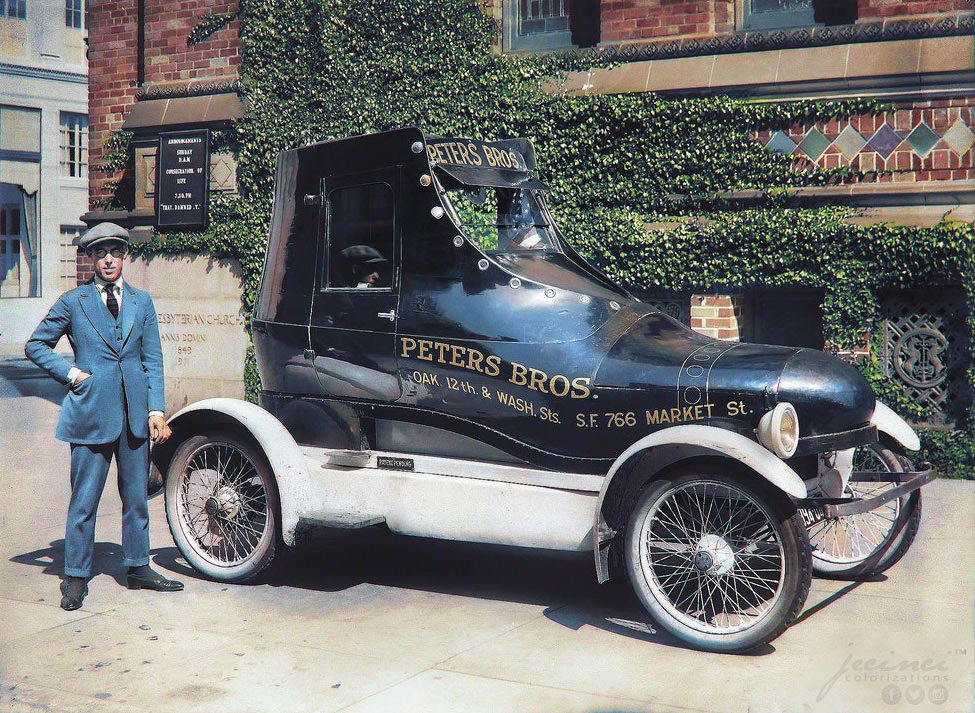 For many, it’s hard to imagine what life was like back in 1922, much less what kind of advertisements were being shown to promote companies / products. In the colorized photo above, we see a “Peters Bros.” shoe repair promotional vehicle in front of a Presbyterian Church in San Francisco California. 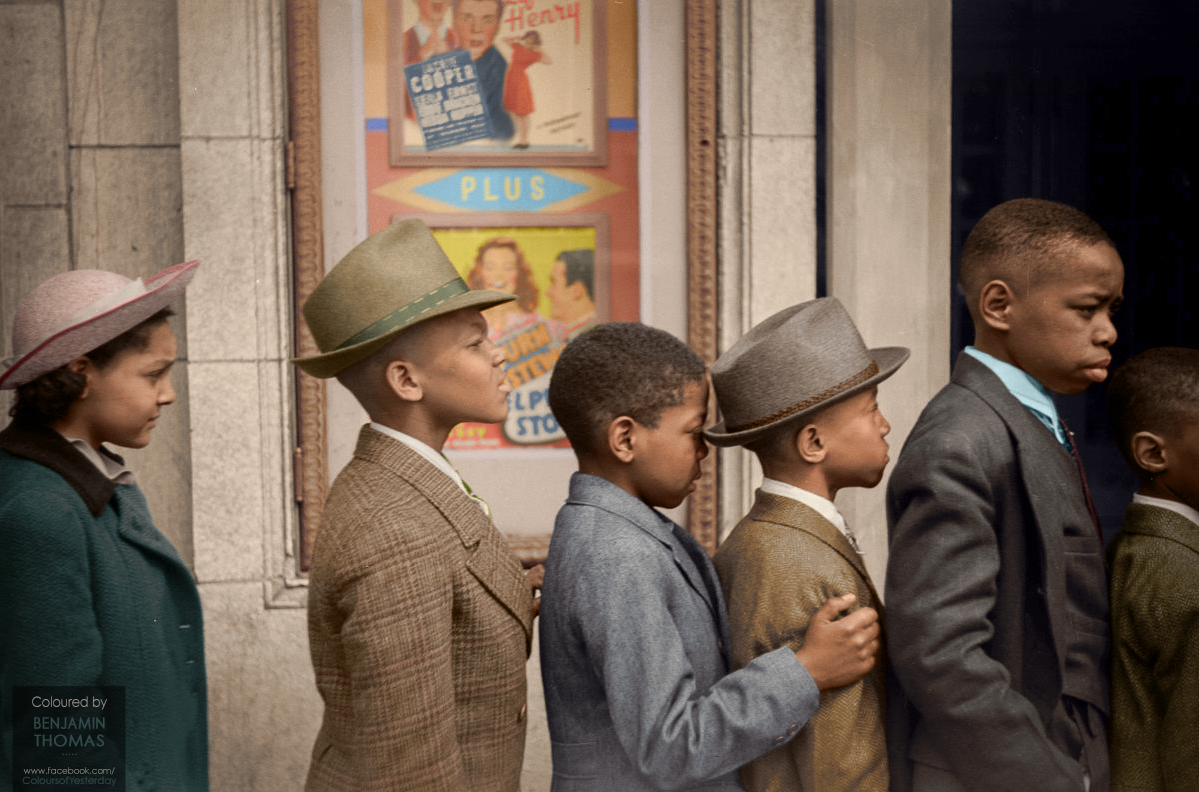 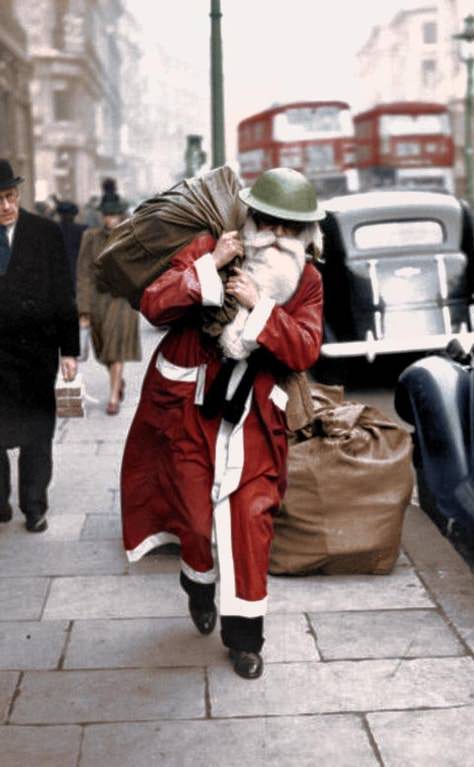 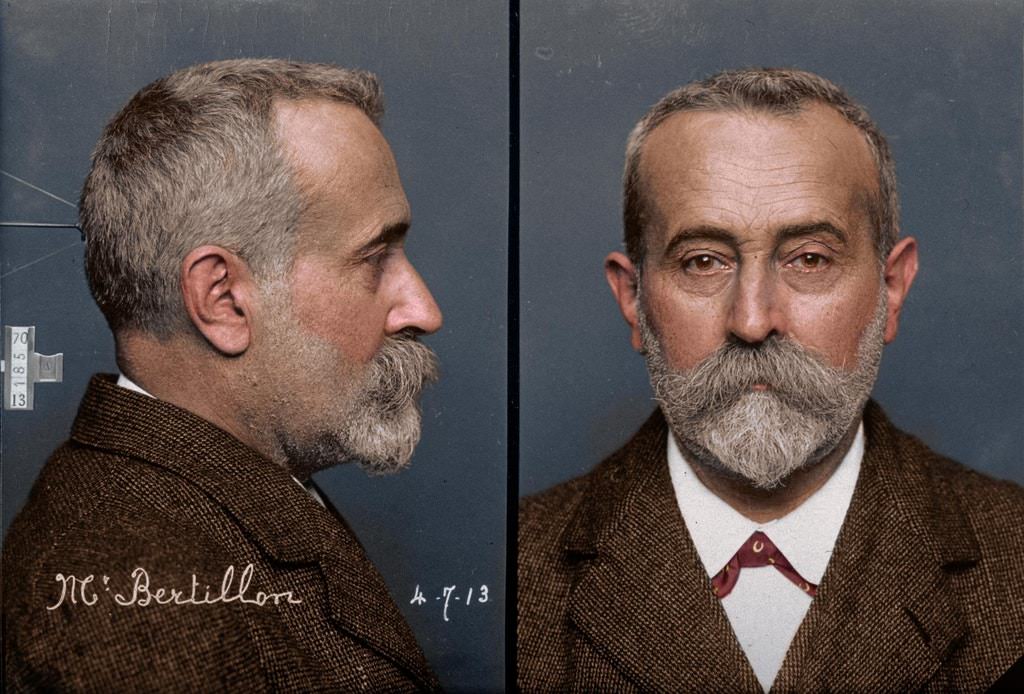 Alphonse Bertillon, in 1913, demonstrating the two-part ‘mug shot’ method of photographing suspects that he pioneered.