Auto enthusiast Wesley Kagan has always wanted a 1960s Formula One race car, especially Jim Clark’s 1967 Lotus 49. However, finding one, and not to mention, paying for it, became the biggest issues. So, he decided to build his own, sort of. The most important feature that a donor car needed was a rear-mounted engine, and that’s where a $2,500 USD Porsche Boxster came into the picture. Read more for two videos of this crazy DIY machine.

Not only was the Porsche Boxster a perfect fit for the build, it already had a flat-six engine, transmission, steering rack, and a few other important parts. Kagan then had to custom fabricate a tube-frame chassis, with the finished race car pumping out 300 horsepower in a sleek 1,100-pound package. As you may have guessed, 300 horsepower just isn’t enough to recreate the F1 experience, and thus the flat-six was replaced with a V12 engine. 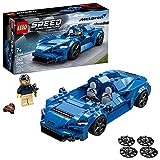