Photo credit: Lets Go Digital
The problem with most foldable smartphones on the market now is their unsightly hinge, but Samsung may be working on a device that eliminates this issue entirely. Thee company filed a trademark with the EUIPO (European Union Intellectual Property Office) on December 2, 2019 for something called the “Hideaway Hinge.” Read more to see the filing and for additional information. 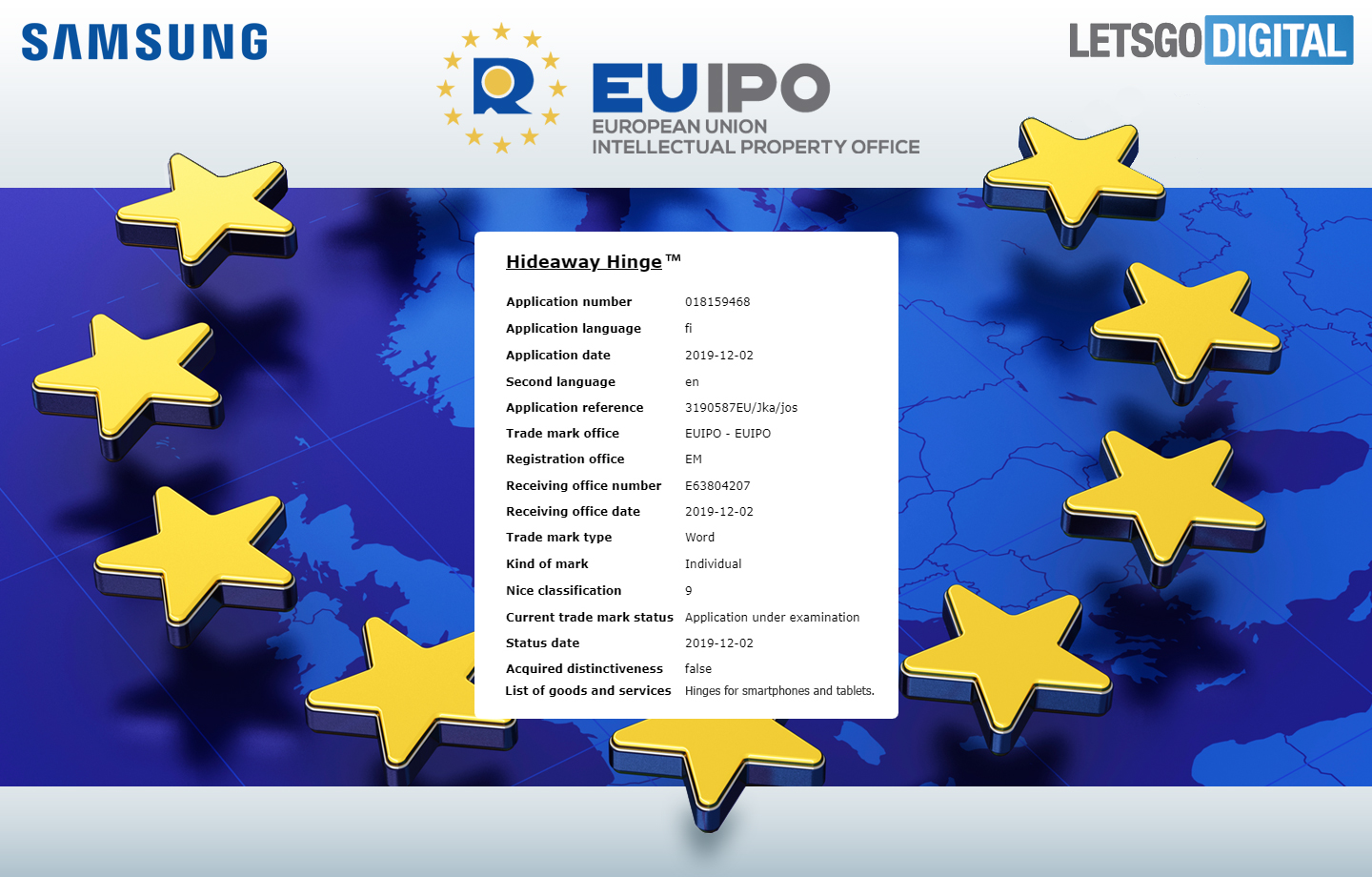 The hinge is an important feature in most folding phones, so much so that the Huawei Mate X has a Falcon Wing and TCL’s foldable smartphone features a DragonHinge. It’s also entirely possible that Samsung is working on a smartphone called the “Hideaway Hinge,” as the company readies its 2020 lineup for Mobile World Congress in February.

NASA Parker Solar Probe Has 5 New Discoveries About the Sun