Photo credit: Lets Go Digital
Samsung likes to be on the cutting edge of smartphone technology so it’s no surprise that they filed a patent for an ‘electronic device including flexible display’. This patent was published on October 17, 2019 and depicts a Samsung smartphone with a roll-up screen. Simply put, the entire front of the smartphone consists of bezel-less screen with a narrow metal frame at the bottom where the rollable display slides into. Read more for the patent sketches and additional information. 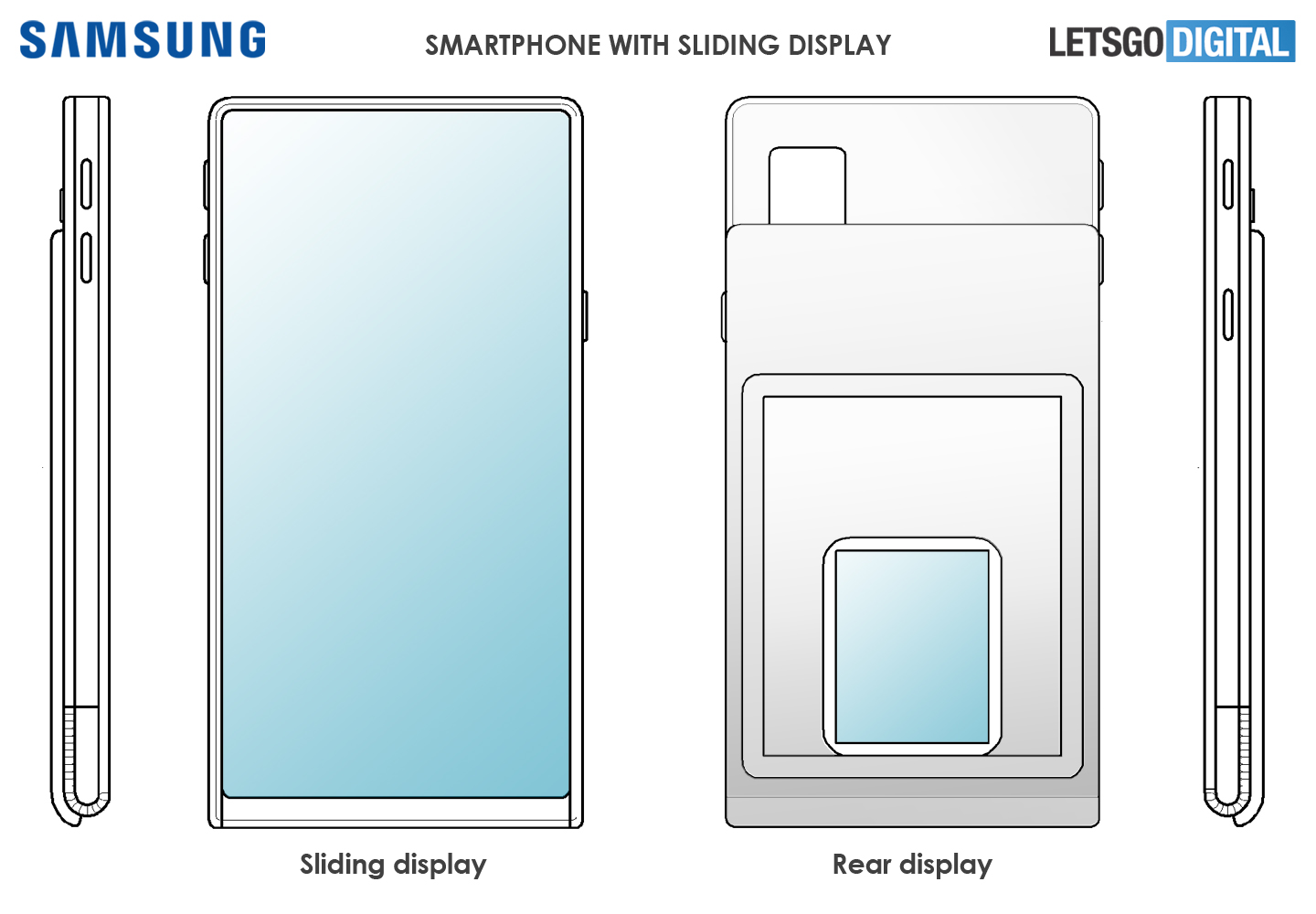 This display extends out from the smartphone’s backside through the bottom and then to the front. However, this patent doesn’t just stop at a single screen, but adds a ‘rear display’ using the same technology. This smaller screen can also be rolled out, but in considerably smaller and could be used for notifications, viewfinder for rear camera selfies, etc. We may see a prototype at their press event some time in February 2020. 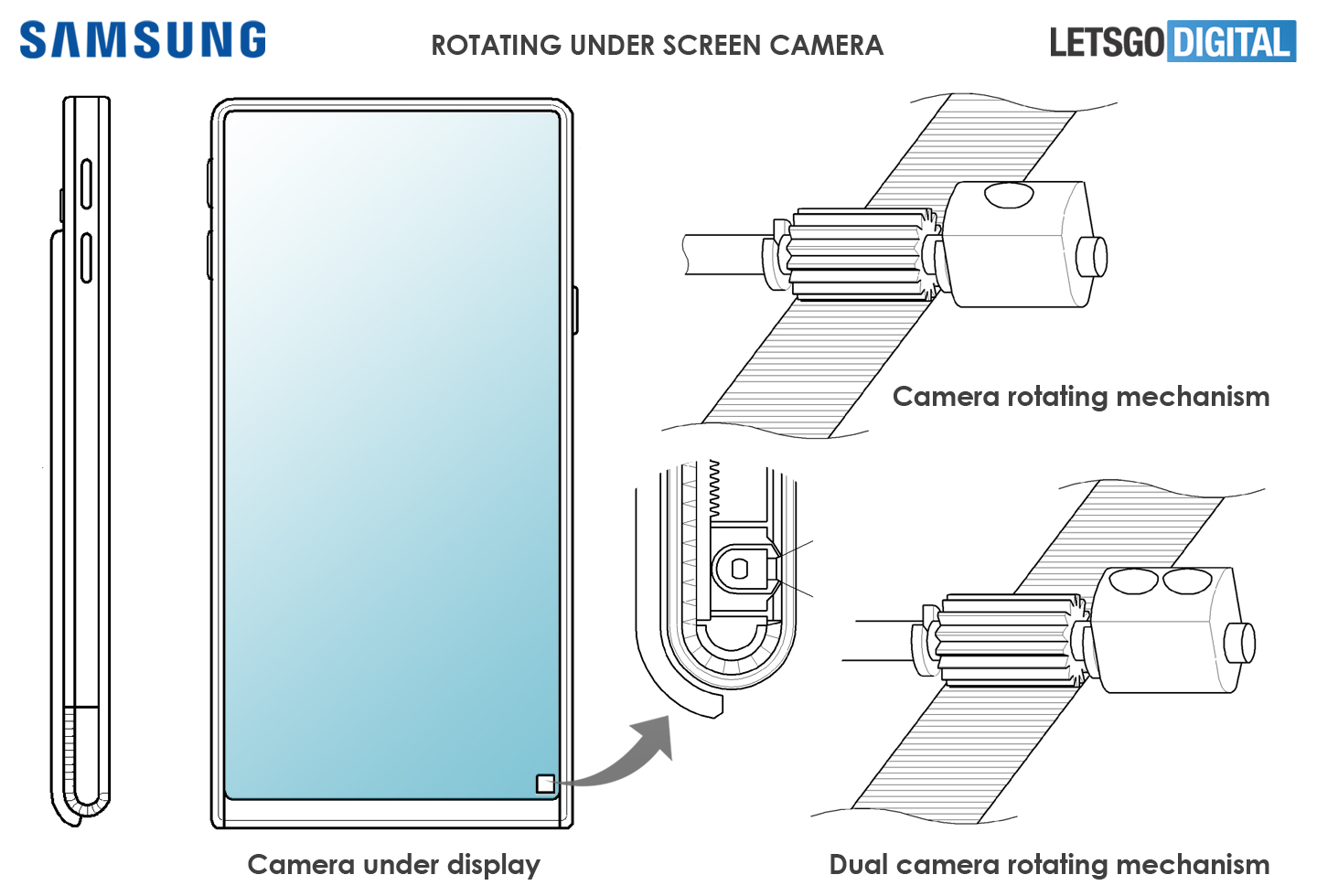