Photo credit: Ecuador Ministry of Tourism | CC BY-SA 2.0
Ecuador’s San Rafael waterfall on the Coca River was a popular tourist attraction, attracting tens of thousands of people every year, but the iconic waterfall has now vanished and replaced by three streams. Tourists are no longer welcome to the site, which has now been closed due to a huge sinkhole that appeared in the Coca River a few meters before the falls and diverted the watercourse. Read more for two videos and additional information.

Researchers studying the area believe that the three streams could cause erosion at the channel’s origin and create a river upstream, thus changing the valley’s topography. Currently, the cause of the sinkhole is under investigation, but some geologists think the deformation occurred naturally, while other researchers suspect it may be tied to the new construction of the country’s largest hydroelectric plant. 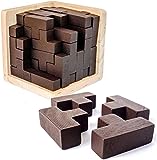