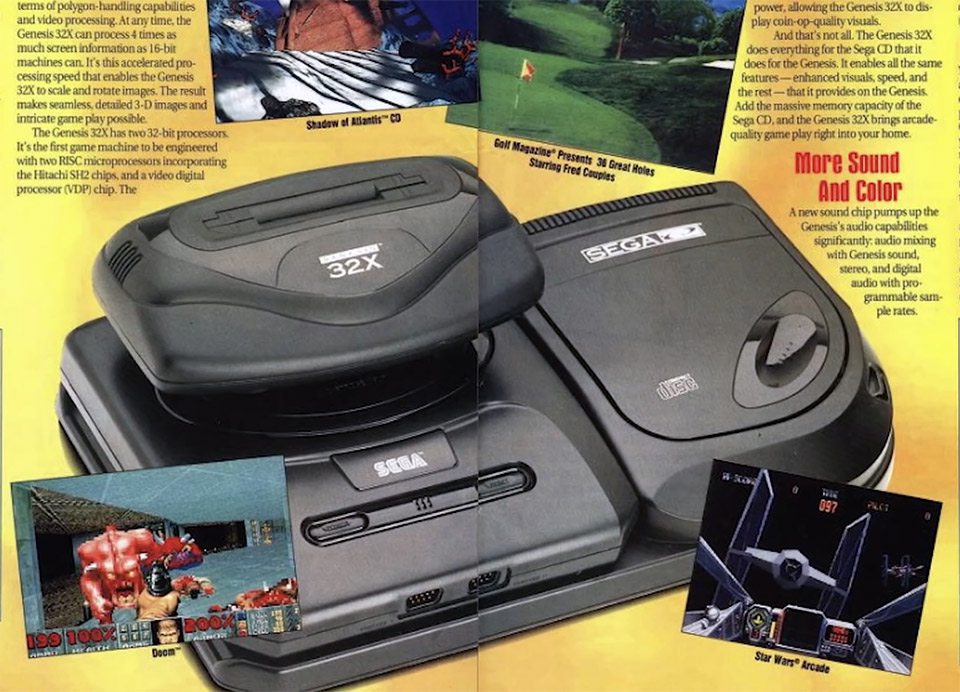 First unveiled at the 1994 Consumer Electronics Show, SEGA’s 32X was presented as a low-cost add-on for the Genesis video game console, and designed to expand its power, thus serving as a transitional console into the 32-bit era until the release of the Saturn. It was mainly developed in response to the Atari Jaguar and concerns that the Saturn would not make it to market by the end of 1994, making the accessory a transitional device of sorts. The production model boasts two 32-bit central processing units and a 3D graphics processor. Read more for five more cool facts about this accessory.

5. Took the Place of the Canceled “Project Jupiter” 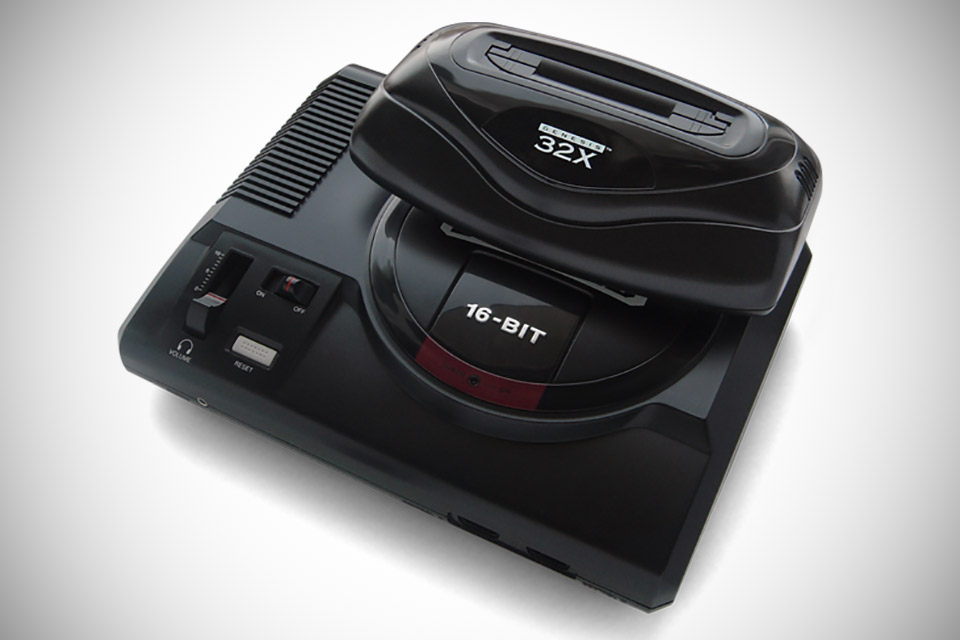 SEGA’s “Project Jupiter” was supposed to be an entirely new independent console, initially slated to be a new version of the Genesis, complete with an upgraded color palette and a lower cost than the upcoming Saturn, as well as with some limited 3D capabilities thanks to integration of ideas from the development of the Sega Virtua Processor chip. 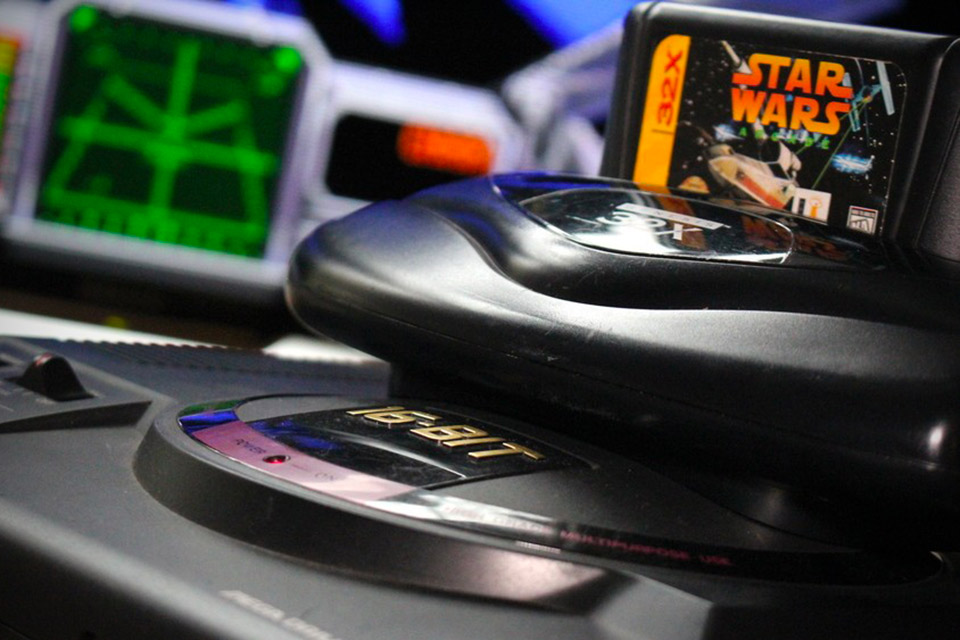 There was a shortage of processors due to the same 32-bit chips being used in both the 32X and the Saturn, which hindered the development of the former. Before the 32X could be launched, the release date of the Saturn was set for November 1994 in Japan, coinciding with the 32X’s target launch date in North America. 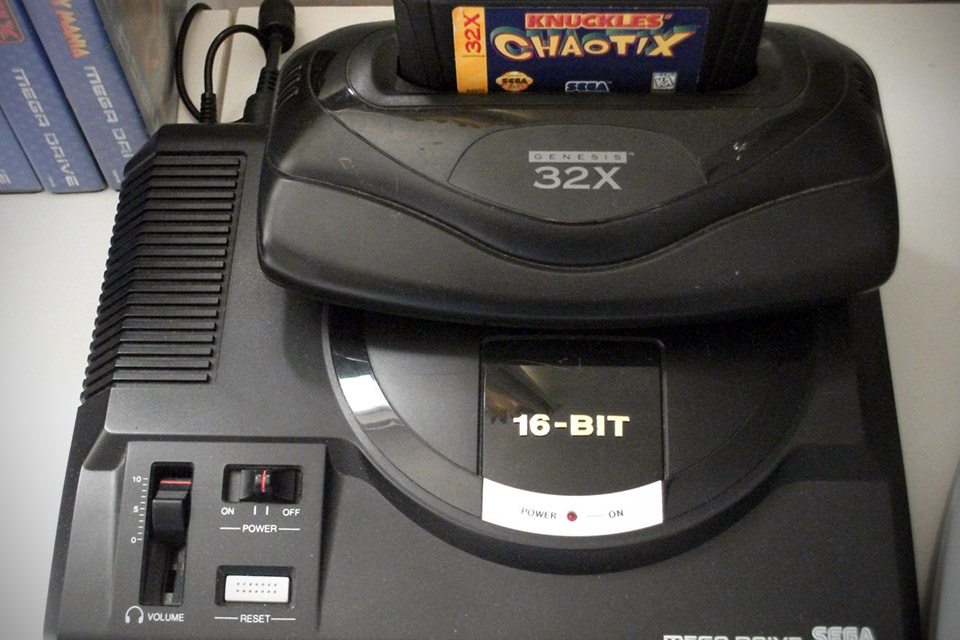 SEGA designed the 32X as a peripheral for the existing Genesis, expanding its power with two 32-bit SuperH-2 processors, which had been developed in 1993 as a joint venture with Japanese electronics company Hitachi. At the end of the 1994 Consumer Electronics show in Chicago, with the basic design of the 32X in place, SEGA of Japan invited its American team to assist in the development of the new add-on.

2. Over 1-Million Orders Placed at Launch 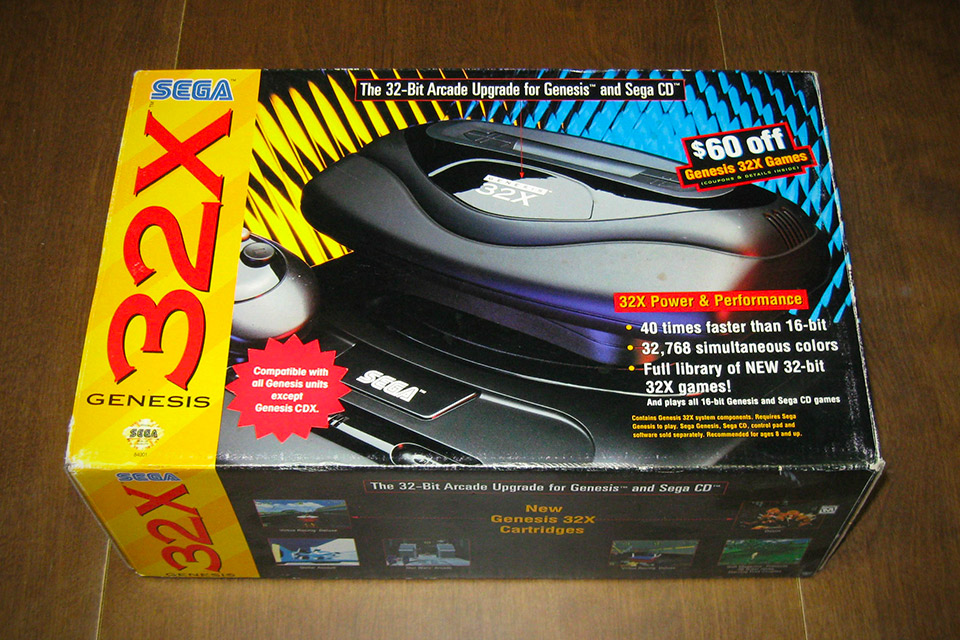 The 32X was officially released on November 21, 1994, in North America, just in time for the holiday shopping season, retailing for $159.99. Demand among retailers was so high that SEGA could not keep up with orders for the new add-on. Believe it or not, just over 1,000,000 orders had been placed for 32X units, but the company had only managed to ship 600,000 units by January 1995.

The SEGA Neptune was supposed to be a two-in-one Genesis and 32X console slated for release in the fall of 1995, with the retail price of under $200. However, the console was canceled in October 1995 over fears that it would take market share from the Saturn.