Photo credit: Kud Sai
SEGA Ikebukuro Gigo, a massive 8-story arcade located in Tokyo’s Toshima City, officially shut its doors on Monday (Sep. 20) after nearly 28-years of service. It first opened in 1993, but wasn’t rebranded with the SEGA name until 2013. This closure wasn’t due to any dire financial situation, but rather the expiration of the fixed-term building lease contract and future plans to renovate the building itself. Read more for two videos of a tour inside as well as one taken during the day of closing.

For those lucky enough to visit this location when it was open, there was also karaoke rooms that you could rent as well as a Sakura Wars-themed cafe based on SEGA’s popular franchise. Fortunately, SEGA split its video game and amusement businesses into separate divisions, so should the renovation be completed in a timely manner, we could see a revival. 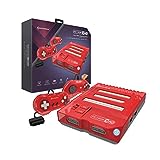 Since its opening, ‘SEGA Ikebukuro GiGO’, which celebrates its 28th anniversary this year, has been used by many domestic and overseas game fans. Therefore, we will widely solicit photos and messages from customers on the storefront and on a dedicated page, post them on Twitter and in the store, look back on the history of 28 years with customers, and the period until closing. We will liven up the excitement,” said the company. This Red DMC DeLorean Might be One of the Rarest Yet, Could be Yours for $37K