5. It Wasn’t Always Called the Walkman 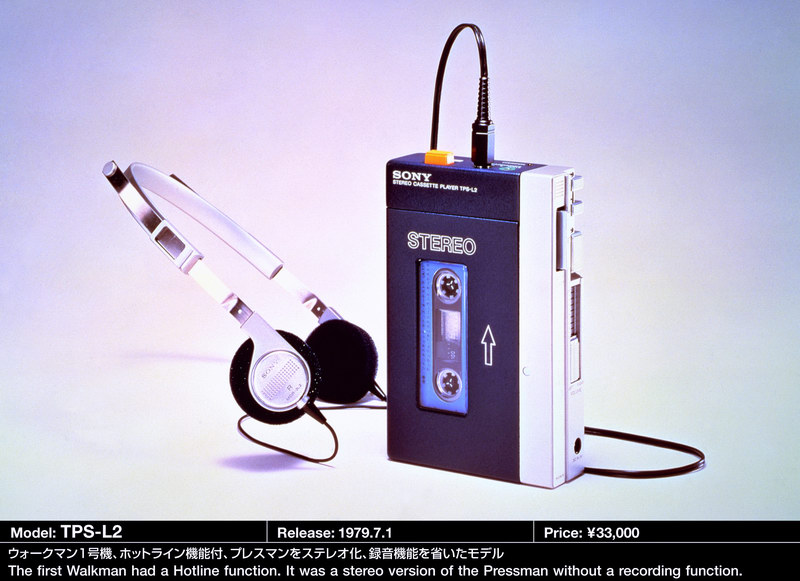 Sony first introduced the Walkman in the US as the Soundabout and Stowaway for the UK; since developing new, copyright-free names in every country was expensive, the company settled on the official name of Walkman, a play on Pressman. The TPS-L2 was released in the US during June 1980.

4. Origins of a Portable Stereo 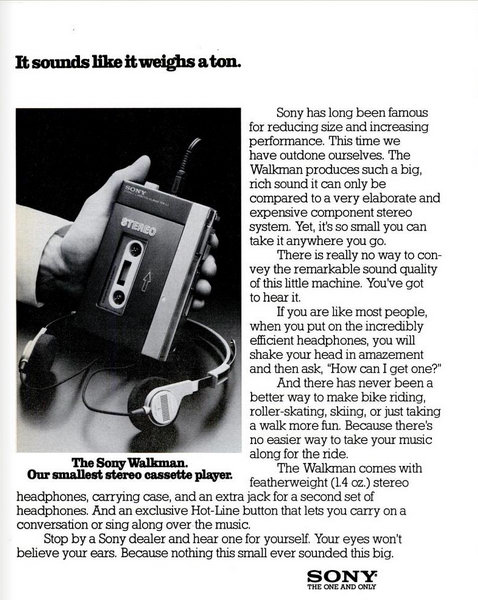 The original idea for a portable stereo is credited to Brazilian-German inventor Andreas Pavel, who patented the Stereobelt in 1977, the person whom Sony agreed to pay royalties. However, the company refused to recognize him as the inventor of the personal stereo until a legal settlement in 2003.

3. How it was Marketed 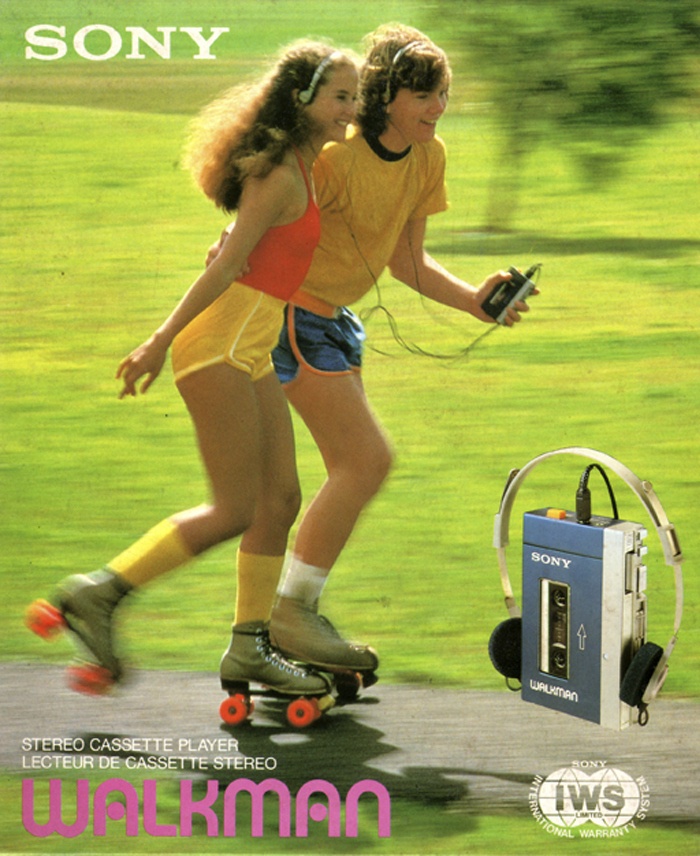 Sony’s Walkman marketing introduced the idea of ‘Japanese-ness’ into global culture, synonymous with miniaturization and high-technology. The “Walk-men” and “Walk-women” in advertisements were desgned to be the ideal reflections of the subject watching.

The Walkman’s “unprecedented combination of portability (powered by two AA batteries) and privacy (headphone jack, but no built-in external speaker) made it the ideal product for thousands of consumers looking for a compact portable stereo that went anywhere.

The Walkman majorly influenced 1980s culture, and other firms also wanted to cash in, including Aiwa, Panasonic and Toshiba, all who produced similar products. Finally, in 1983, cassettes outsold vinyl for the first time and just three years later (1986), the word “Walkman” appeared in the Oxford English Dictionary.