For those who’ve never heard of this vehicle, the Toyota Sera (EXY10) is basically a 3-door 2+2 hatchback coupe manufactured by Toyota from 1990 to 1996. It was released with a single 1.5 L (1496 cc) inline 4 5E-FHE engine configuration and body style, with optional configurations for its transmission, brakes, cold climate and sound-system. A total of 15,941 were built between February 1990 and December 1995, with 15,852 units registered in Japan. A 1990 model is heading to the 2019 Barrett-Jaclson Scottsdale, and according to the auction house, this is one of the first Seras to be built and the first one to be imported to the U.S. under the federal 25-year importation law. Read more for another video and additional information.

All versions came equipped with power assisted rack & pinion steering and either the Toyota A242L 4-speed automatic or the Toyota C155 5-speed manual transmission. The brakes were vented discs at the front and drums at the rear, unless fitted with the optional Anti-Lock Braking system with vented discs all round. Mechanically, the car is related to both the Paseo and the Starlet, sharing similar floorpans, suspension, steering and brakes. 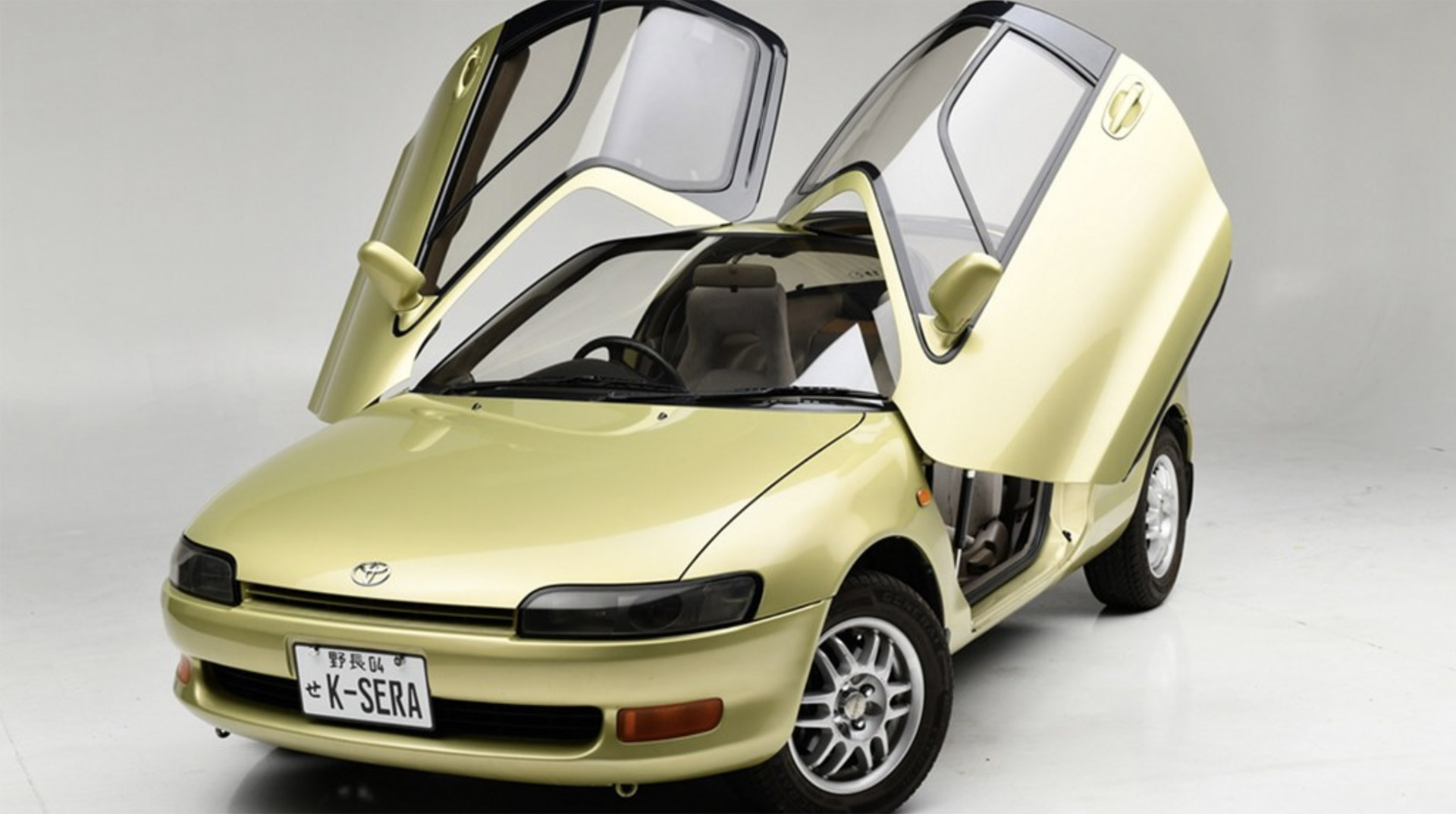 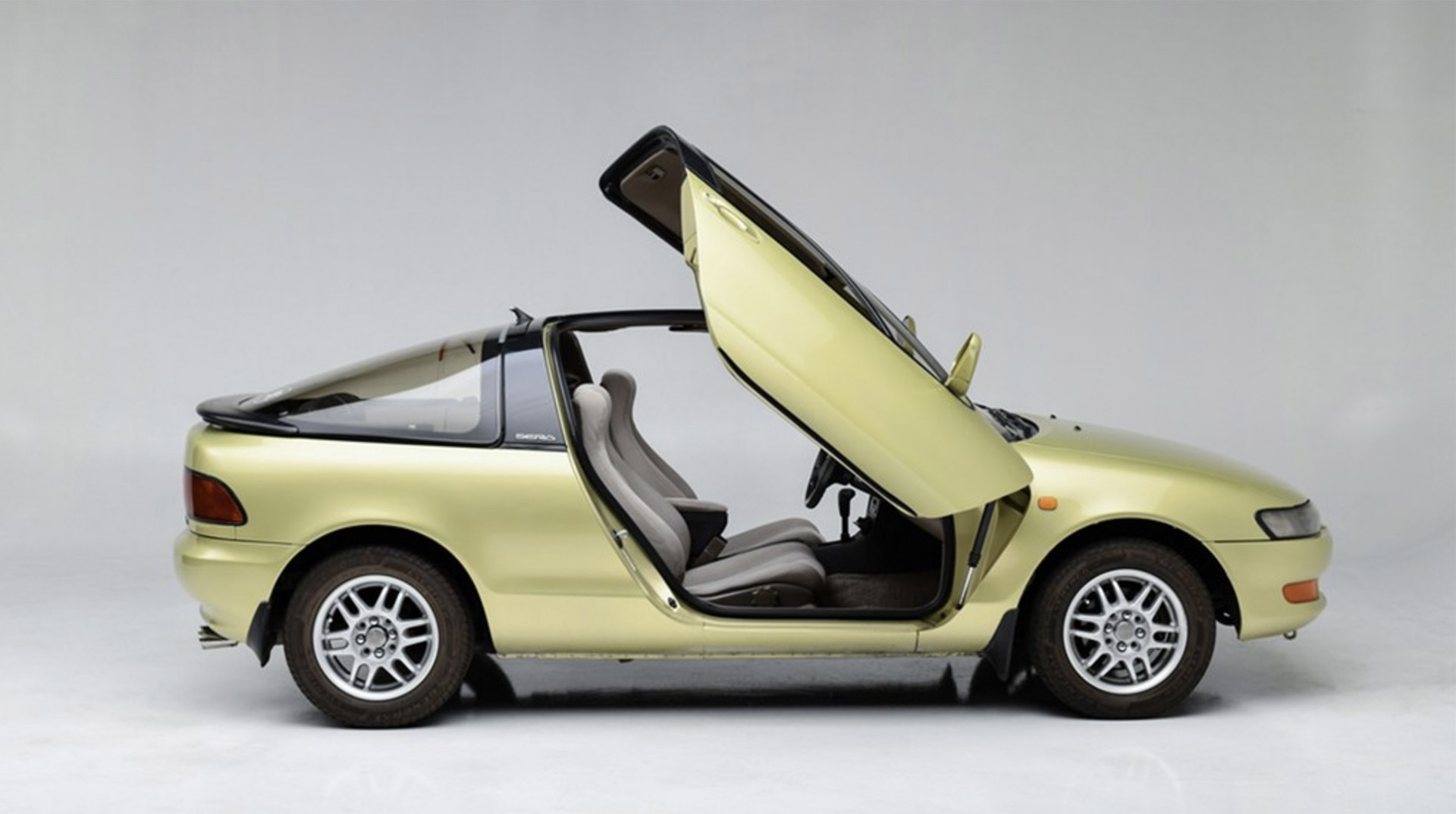 The Sera’s gull wing are hinged at the top / bottom of the A pillar and open forward and up in a manner similar to the McLaren F1 and Saleen S7 – the McLaren F1 designer Gordon Murray cited the Sera as the inspiration of the F1’s door arrangement. Its front bucket seats feature three point seatbelts and can tilt / slide forward to give access to the rear. 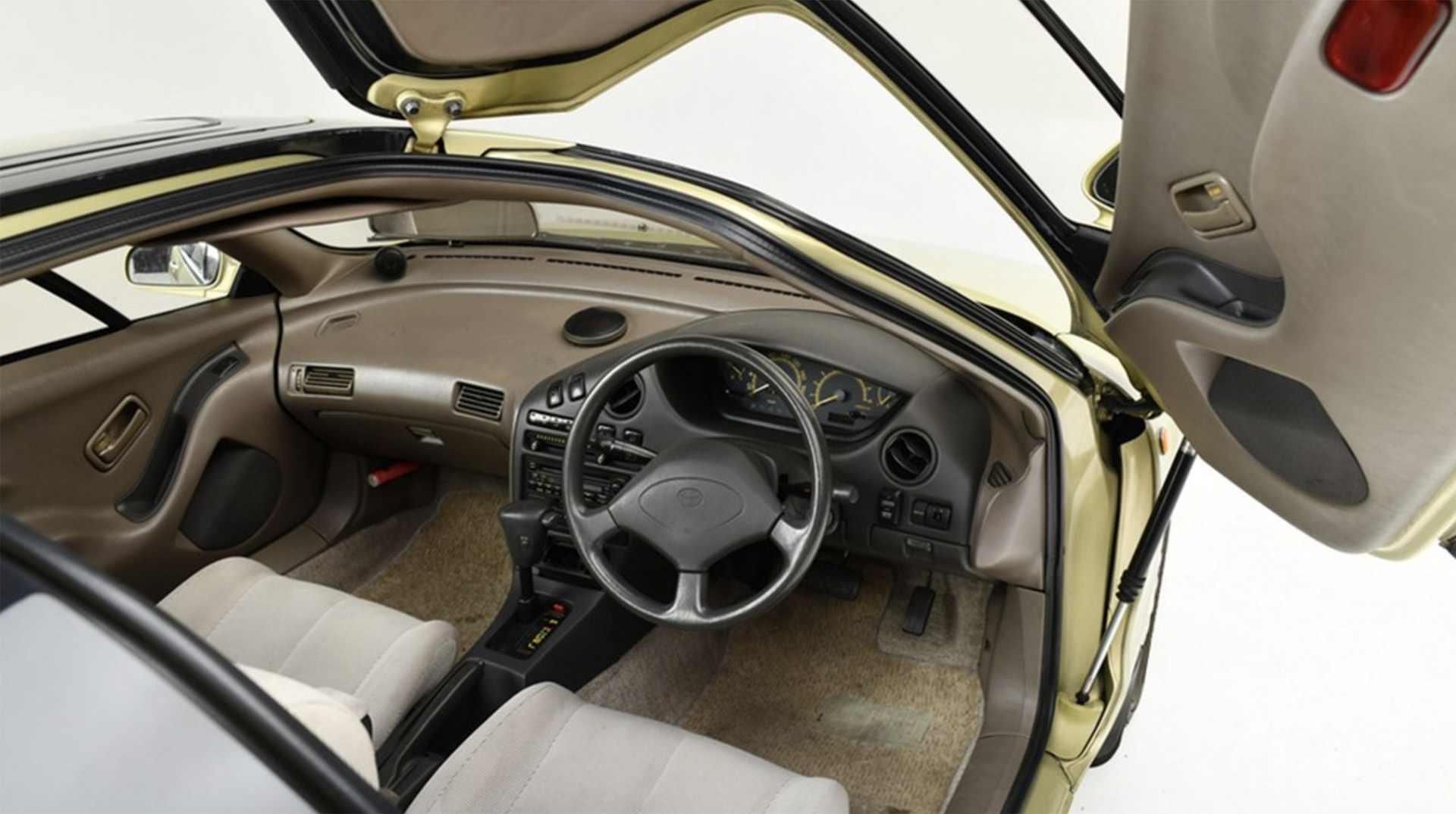 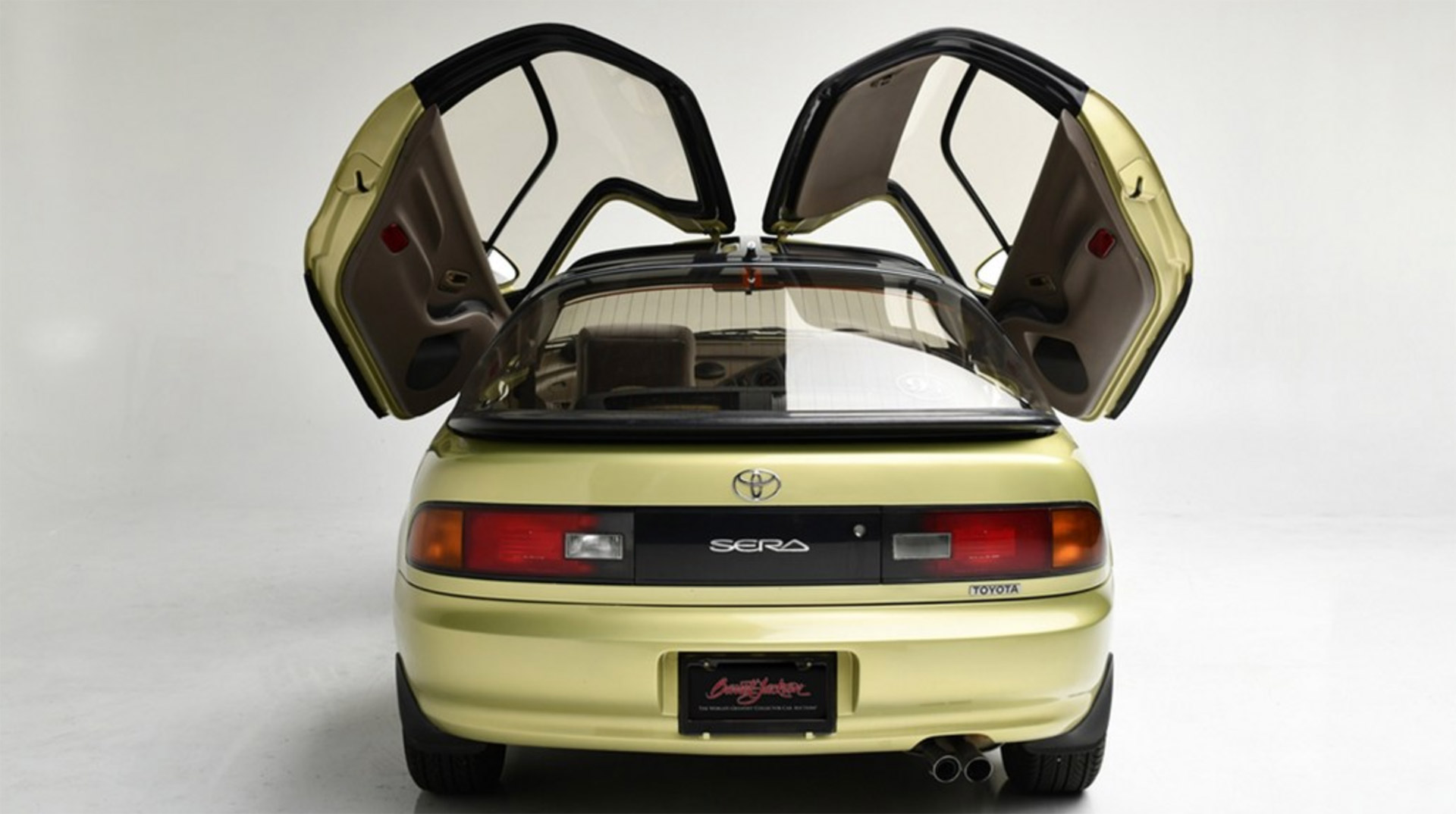 Since the Sera was built specifically for the Japanese market, all cars were right-hand drive as factory standard and the speedometer / odometer units are metric. This makes the car readily importable into countries with similar standards and requires only minimal changes for ones such as the United Kingdom. 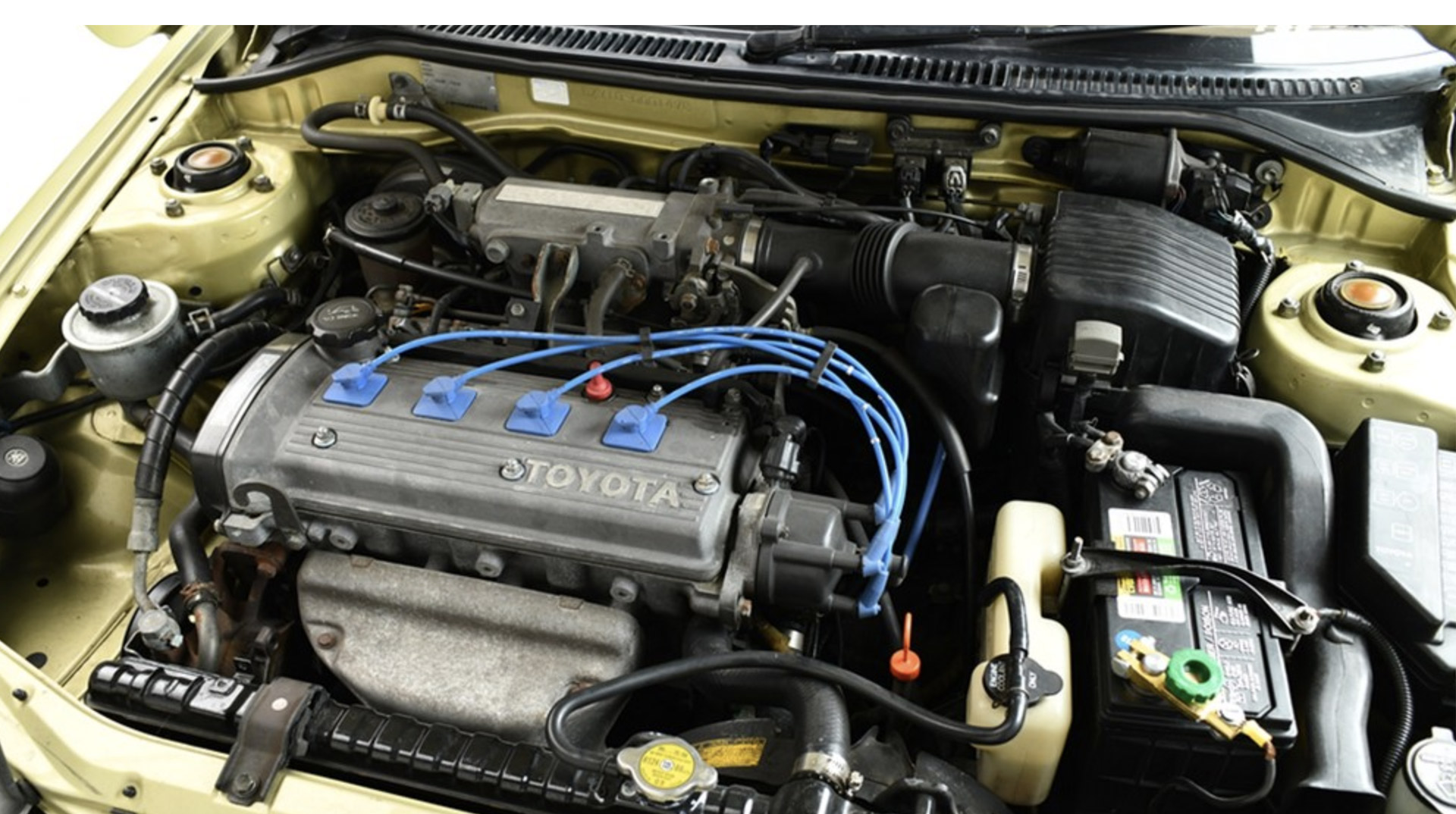