Photo credit: Andrew Borman
StarCraft fans rejoice! This unreleased military science fiction stealth-action video game previously under development by Blizzard Entertainment, but several delays in development caused the developers to move back the release date and the game has not yet materialized, that is until…today. Apparently, this leaked footage is from an Xbox dev kit and grabbed from a modded Xbox 360. Read more for the clip and additional information.

Blizzard first announced the game way back in March 2006 and it was put on “indefinite hold” while the company investigated seventh generation video game console possibilities. Its continued delay had caused it to be labeled as vaporware, and ranked fifth in Wired News’ annual Vaporware Awards in 2005. Blizzard president Mike Morhaime confirmed that Ghost was officially cancelled in 2014. 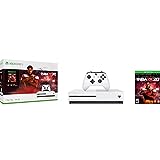 
Unlike its real-time strategy predecessor StarCraft, this installment was set to be a third-person shooter, and intended to give players a closer and more personal view of the franchise’s universe. Players follow Nova, a Terran psychic espionage operative called a “ghost”, the game would have been set four years after the conclusion of StarCraft: Brood War and cover a conspiracy about a secretive military project conducted by Nova’s superiors in the imperial Terran Dominion.