Photo credit: AsiaWire
An Audi dealership in Guilin, China were probably happy to see a father and his 3-year-old daughter stroll into their showroom, but little did they know, no less than 10 luxury cars would come out damaged from the visit. Mr. Zhao, accompanied by a friend, along with his wife and daughter, was interested in purchasing a new vehicle. Unfortunately leaving the 3-year-old girl alone was not the best idea, as she casually found a stone on the ground and proceeded to scratc the paint of nearly a dozen Audi vehicles, including a Q8, which sells for $142,000 in the country. Read more to see a picture of the damage. 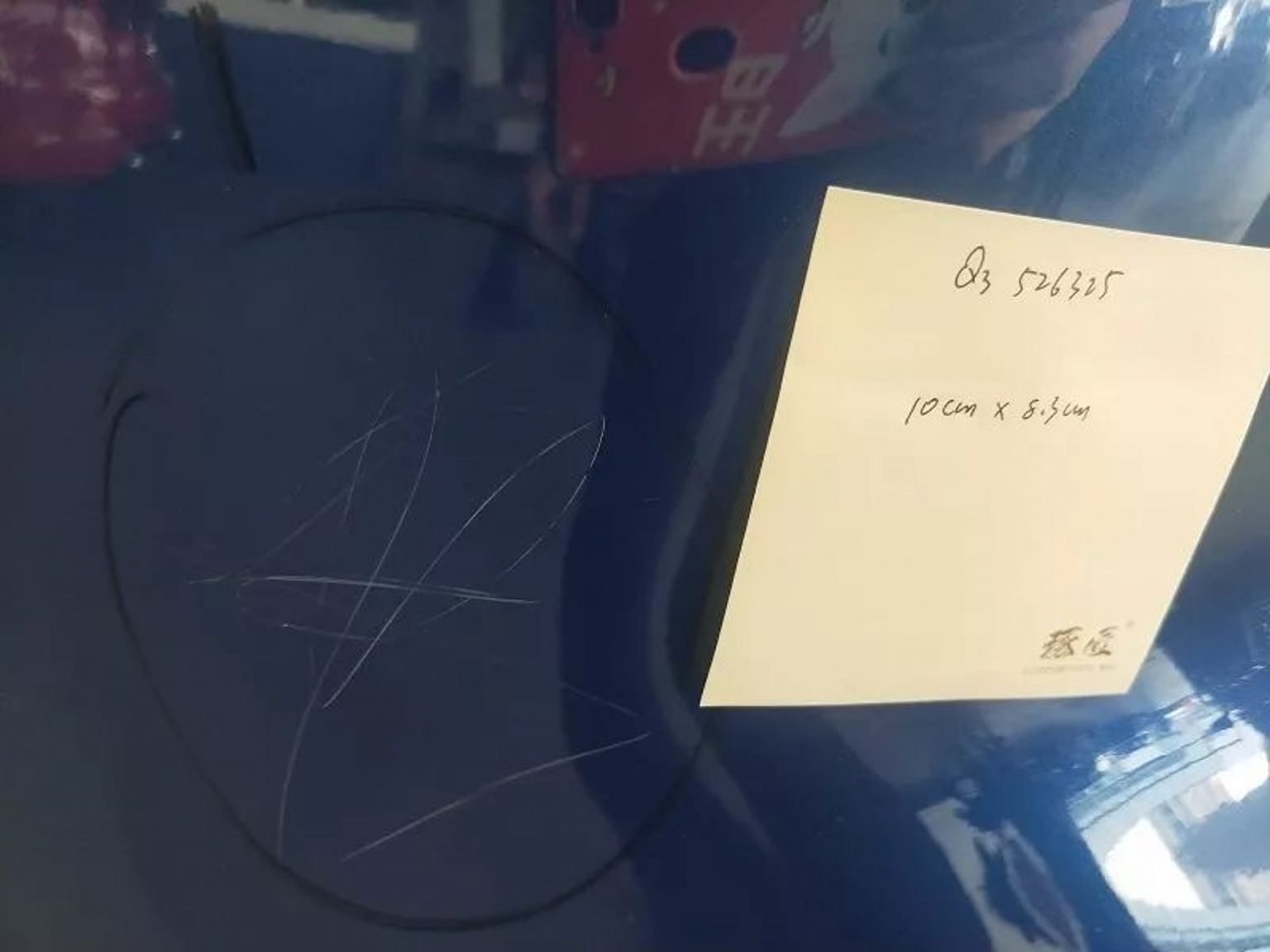 The Audi initially sued Mr. Zhao for 200,000 RMB ($28,566 USD) to pay for the damage, but Mr. Zhao refused to pay and eventually reached a settlement of a mere 70,000 RMB ($9,998 USD), which probably just covers the dealership’s insurance deductible. On the bright side, the child most likely will be left in the care of a babysitter or family member the next time Mr. Zhao visits a new car showroom.

Guy Laughs After Telling Siri to Call Him, Hilarity Ensues