Photo credit: 1YardLoss
In The Legend of Zelda series, the Great Deku Tree is basically the fatherly guardian of the forest who safeguards not only the dense land around him, but the small population of beings that live in his shadow as well. One modder who goes by ‘1YardLoss’ on Reddit was commissioned to build a Zelda-themed PC, and it’s modeled after the Guardian of the Forest. 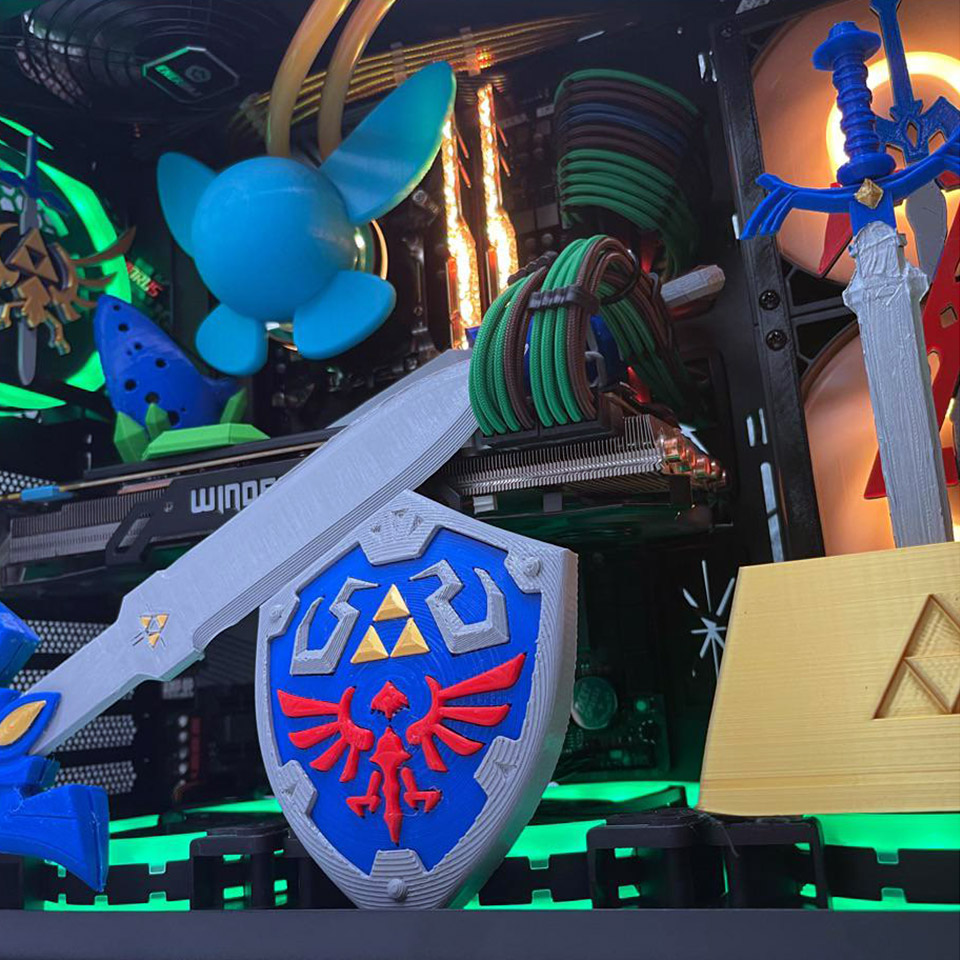 The exact specifications were not detailed, but we can see that the entire build as a green color scheme, right down to the water cooling, cables as well as the leaves of the Deku Tree. To finish things off, there are a few props from the series as well, like Link’s Hylian shield and Master Sword, along with the Triforce. However, setting a new The Legend of Zelda: Ocarina of Time speedrun record will be up to its new owner. 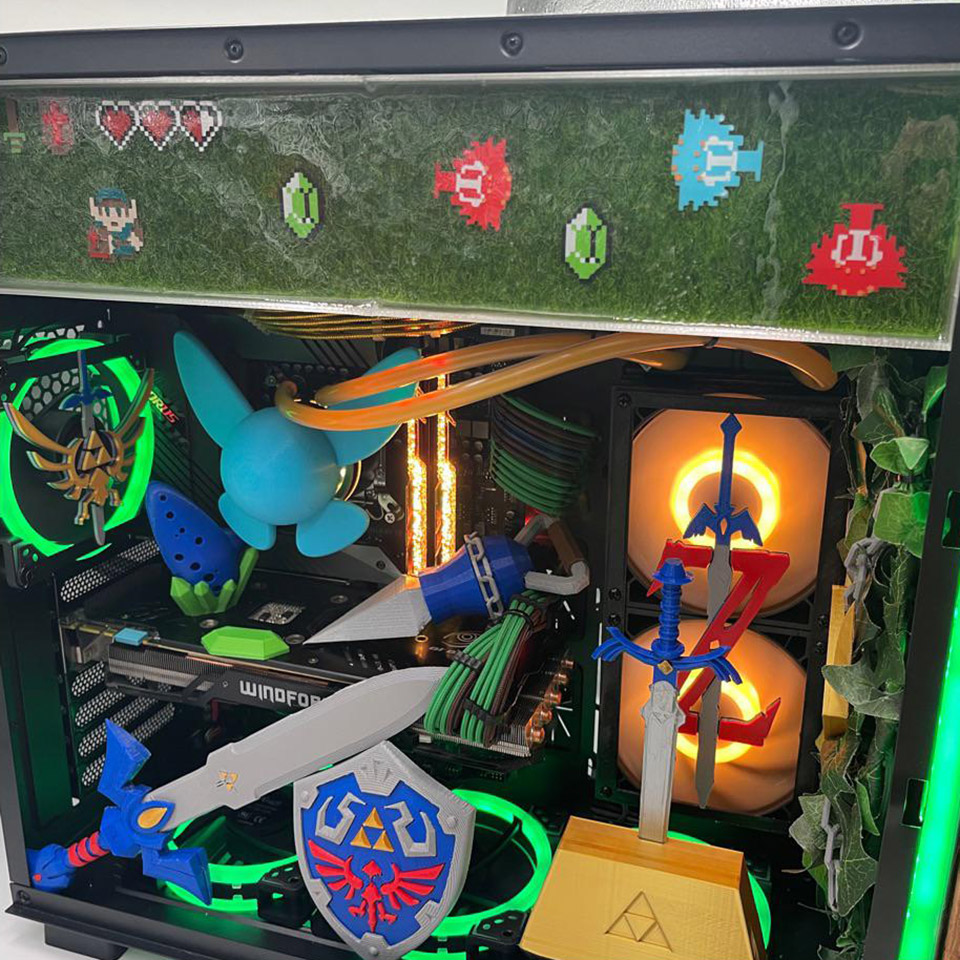 There’s plenty of air coming from the bottom (almost as if it was built by engineers and not redditors) And the rad has a push and pull config with 2 more PWM fans on the back. Please look into the case and it’s reviews before making any other inaccurate assumptions, thanks,” said 1YardLoss.