Microsoft released the original Xbox 360 console just over 17-years-ago, and Hyperkin is paying tribute with Xenon. This modern Xbox 360 controller replica is compatible with theXbox Series X | S, Xbox One and PC platforms. Unlike the the original controller, this one comes with USB-C connectivity as well as a standard headphone jack.

Other features include Menu / View / Share buttons and the iconic X logo. It comes in white, black, pink and red colors, although only the former would probably fool gamers into believing the controller is an original. There’s no word yet on pricing or availability, but as you can see, a prototype already exists, so we may get a first hands-on look at CES 2023 in Las Vegas early next year. 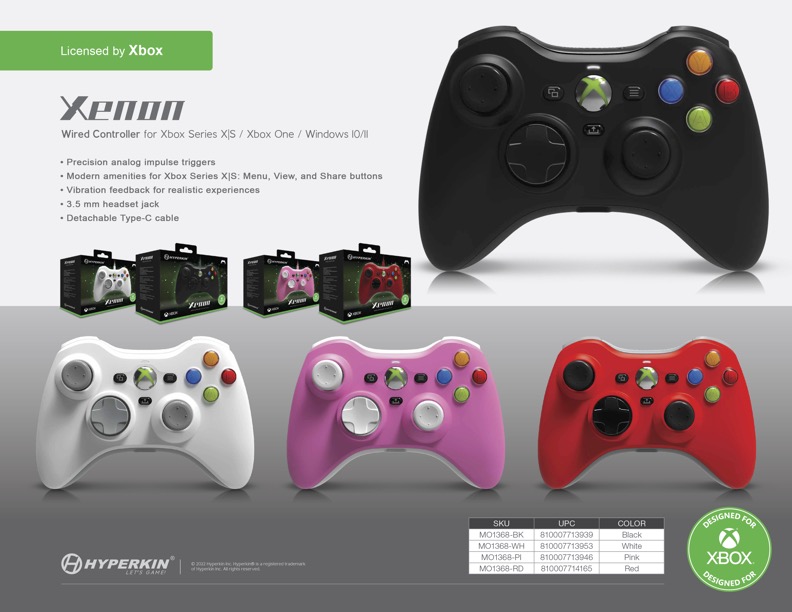