With 2,064-pieces and priced at $169.99 USD, the LEGO Super Mario 64 Question Block (71395) set launches 25-years after the iconic Nintendo game. The question block opens up to reveal several familiar scenes, including Peach’s Castle, Bob-omb Battlefield, Cool, Cool Mountain and Lethal Lava Trouble. That’s not all, it also includes exclusive microfigures of iconic characters, such as Mario and Princess Peach, that can be placed directly in the scenes. Read more for a video, additional pictures and information.

Already own the LEGO Super Mario Adventures courses? For interactive play, simply add the LEGO Mario or LEGO Luigi figures to experience music as well as sound effects from the video game. Plus, you’ll be able to search for hidden Power Stars that reveal secret reactions from the figures. You’ll only be able to purchase this set on October 2, 2021 from LEGO retails stores as well as their website, with worldwide availability starting in 2022. 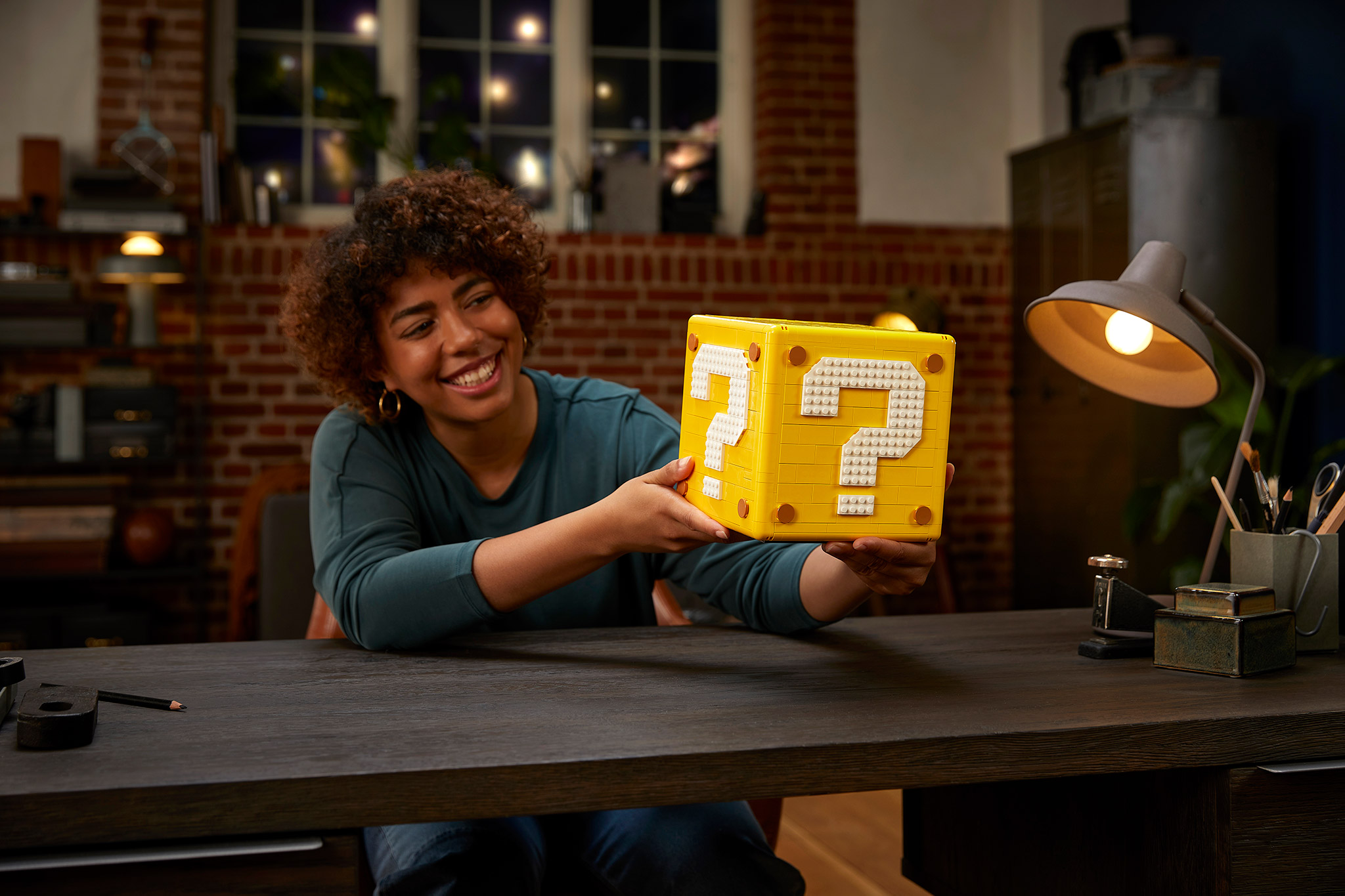 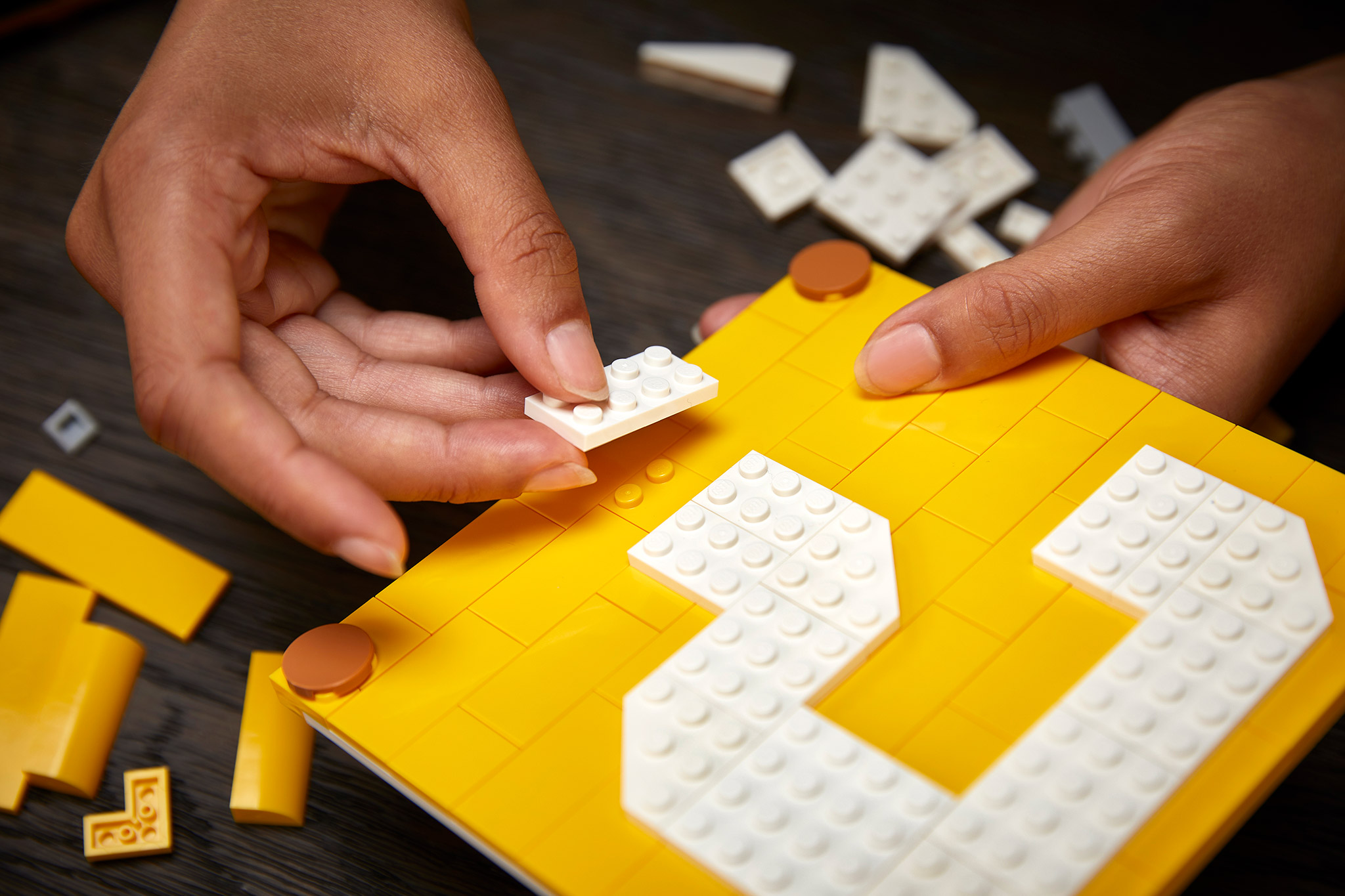 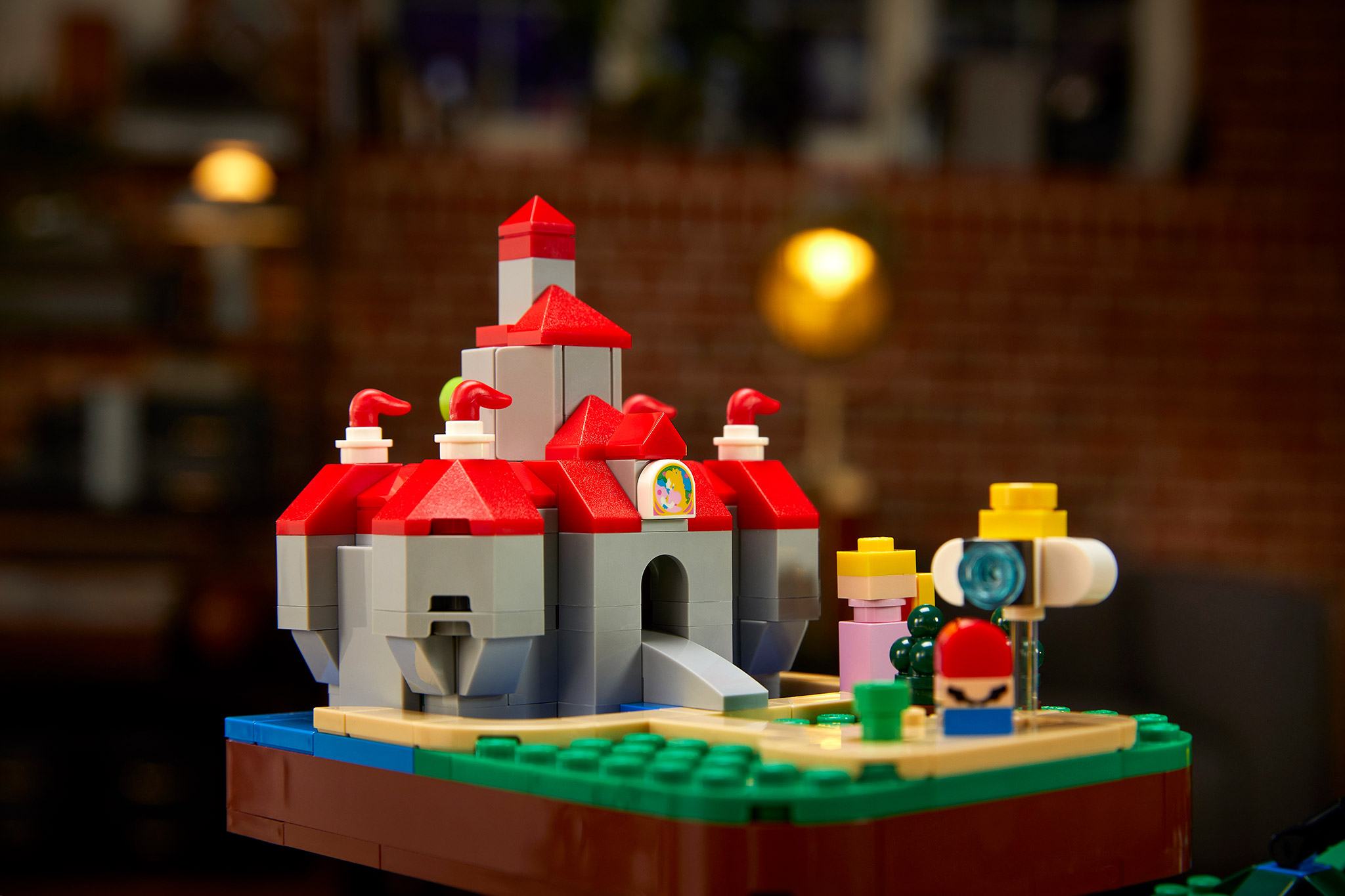 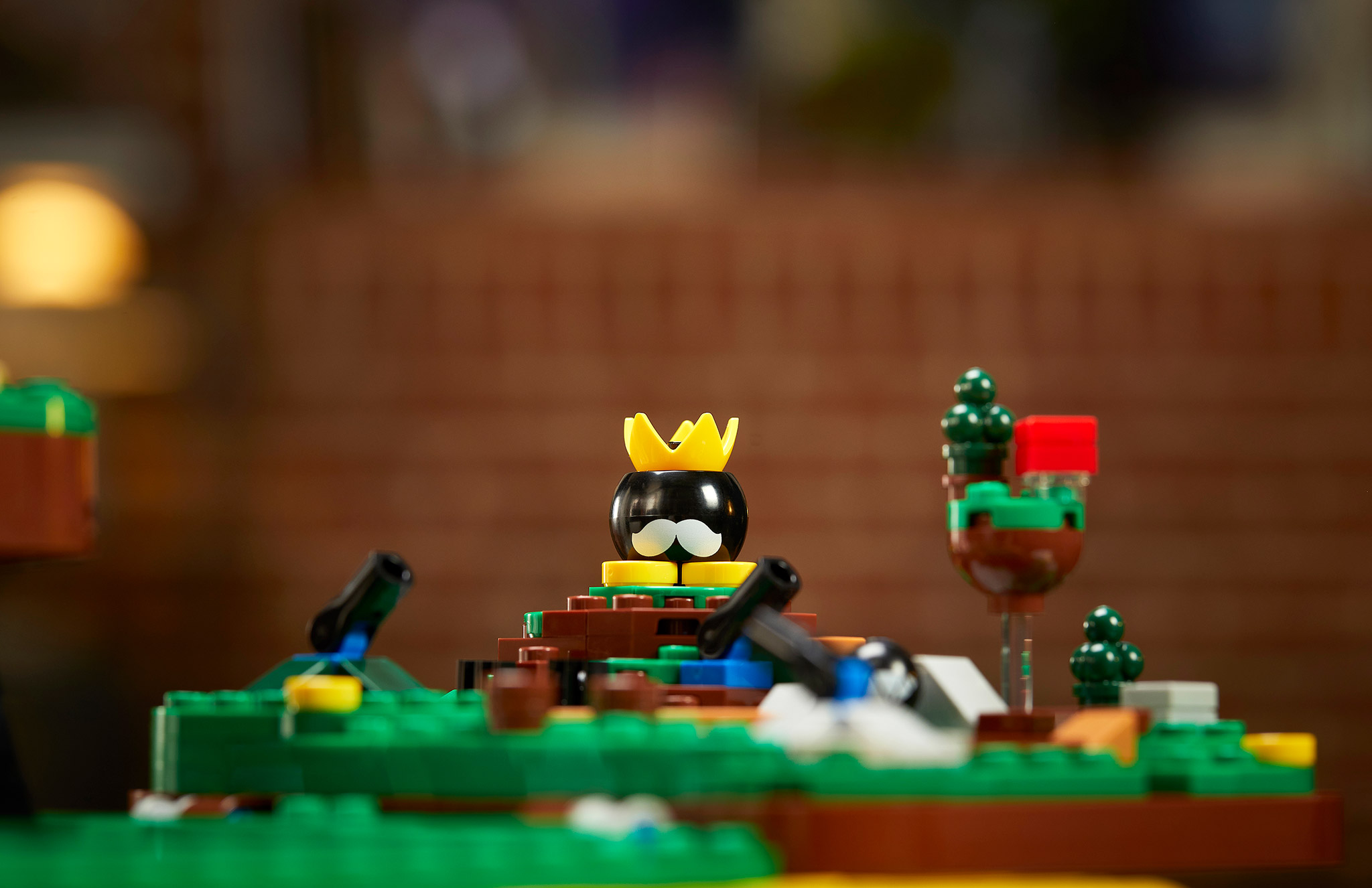 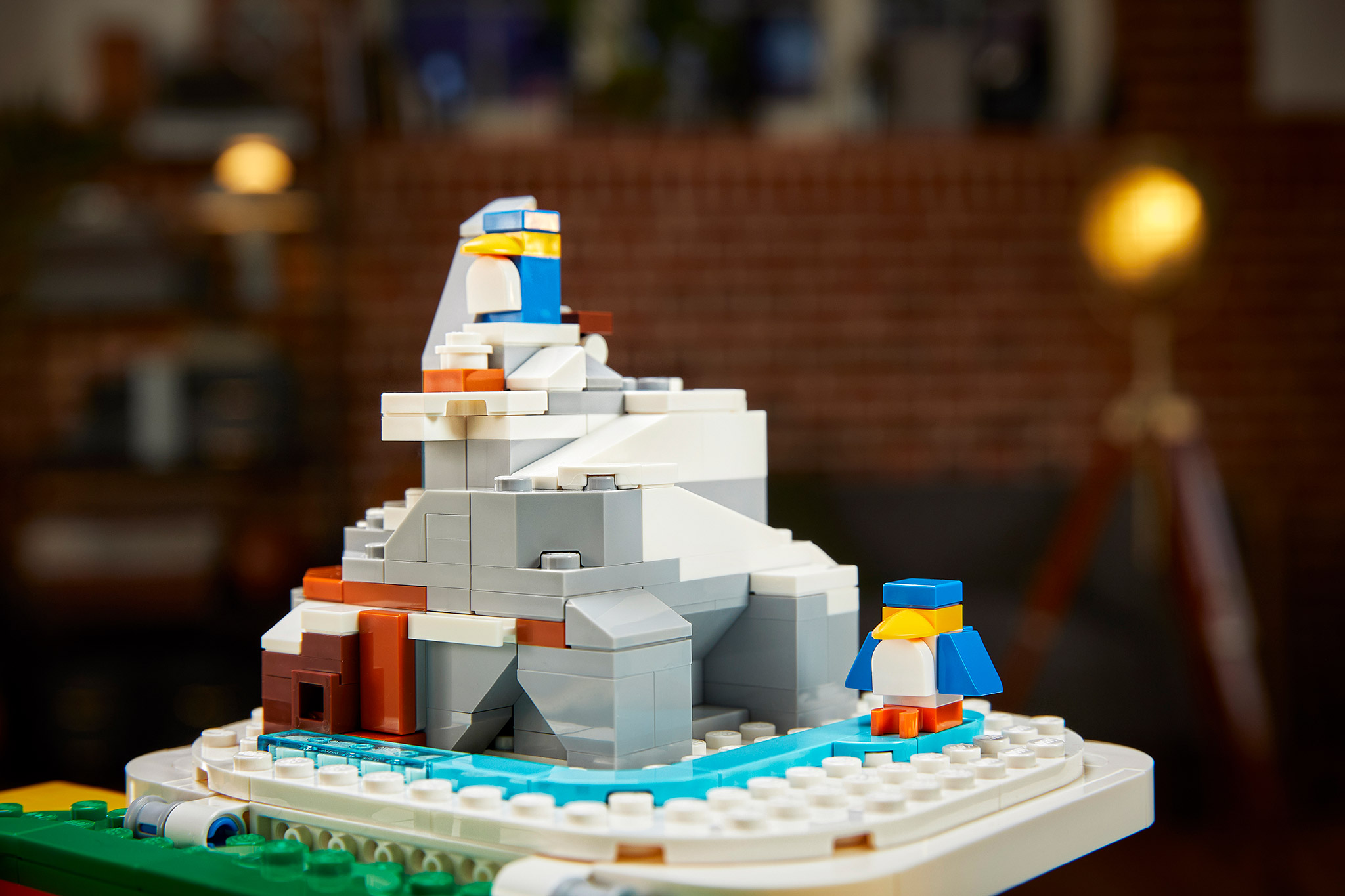 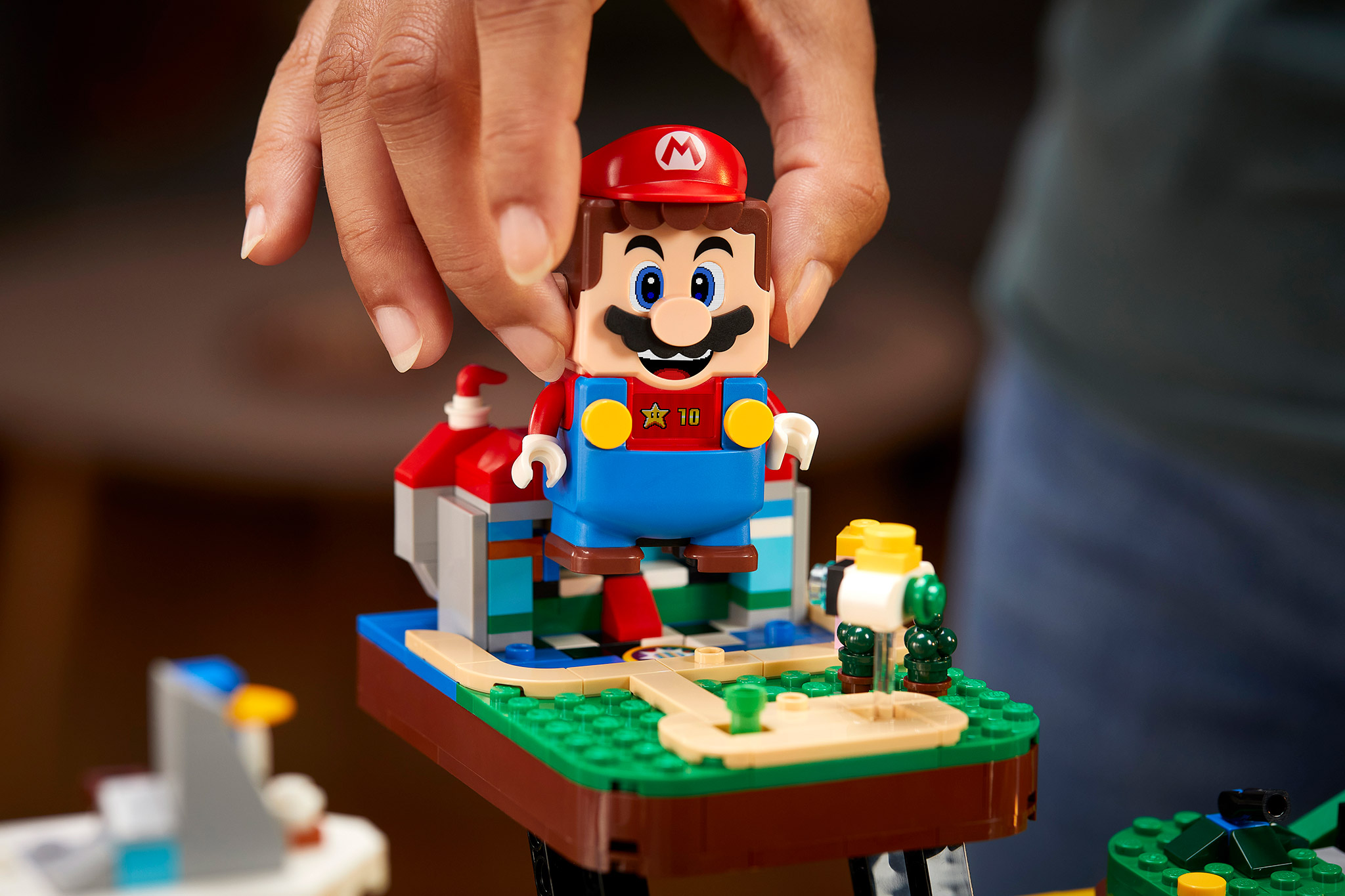