Parrots and lyrebirds are known to mimic human speech, but what about ducks? Well, not all of them have that ability, but Ripper, a musk duck from Australia, most certainly does. As an adult, it’s able to mimic several sounds it heard as a hatchling, like a door slamming, man coughing and even the catchphrase, “You bloody fool!” This male musk duck was reared in captivity at Tidbinbilla Nature Reserve, south west of Canberra. Read more for the sound clips and additional information.

Ripper was around four years old at the time of the recordings and these vocalisations were made during aggressive mating displays. Dr. Peter Fullagar, a retired Australian researcher, first recorded Ripper over three decades ago, but his recordings recently surfaced when they were discovered by Professor Carel ten Cate of Leiden University in the Netherlands. 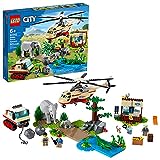 Males of a certain area, they come together and then they perform their displays, including the vocalisation. The females go there and select males to mate with,” said Professor Carel ten Cate.