NASA’s Perseverance Mars Rover has just dropped the Ingenuity helicopter ahead of its first flight, but before doing so, it spotted a strange green rock while out exploring. The team is still trying to figure out if it’ something weathered out of the local bedrock or a piece of Mars plopped into the area from a far-flung impact event. For the record, it measures around 6 inches long, and if you look close enough, the row of laser marks where it was zapped becomes clear. Read more to see the laser area circled and for additional information. 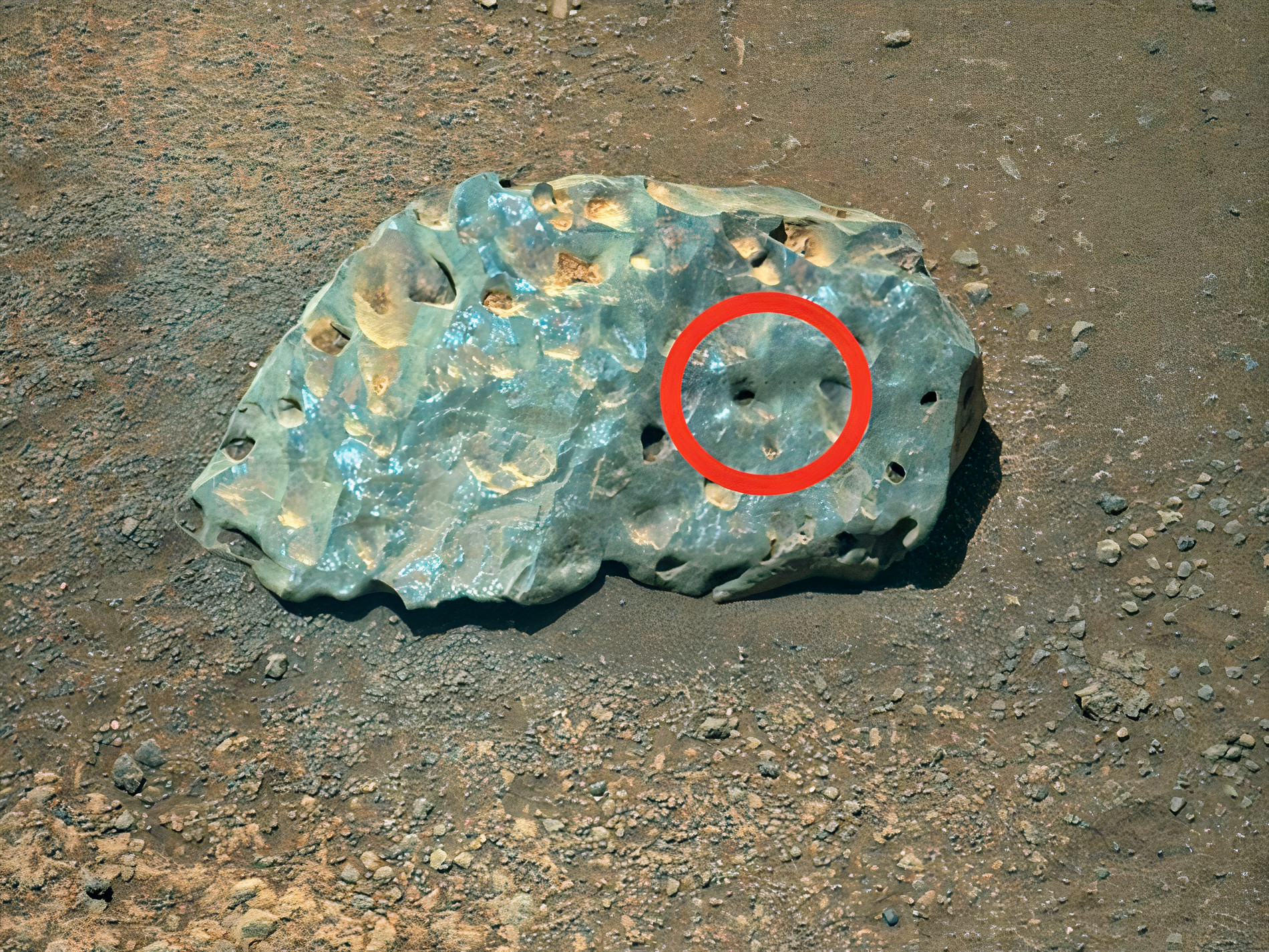 Photo credit: Mashable
There are plenty of rocks on the Martian surface, but rarely does one stand out like this, so planetary scientist Roger Wiens at Los Alamos National Laboratory decided to check it out. One theory is that it could be a meteorite from somewhere else in the solar system, although NASA isn’t ready just yet to reveal their findings.