Nissan teamed up with Mackie’s of Scotland to create an all-electric ice cream truck concept of the future. Based on the e-NV200, it doesn’t require the 40 kWh battery to keep all the ingredients chilled, but rather uses Nissan’s ROAM portable power pack, made from the battery cells of earlier electric vehicles. Just two of these power packs (1.4 kWh) are enough to run the soft-serve machine, freezer drawer and drinks fridge. Once those power packs are drained, they can be recharged in approximately 1-hour using a 230V mains supply or 4-hours using the van’s built-in solar panel roof. Read more for a video, additional pictures and information.

“The rear end of the electric light commercial vehicle has been converted for ice cream delivering purposes, getting an opening side hatch, with the vendor standing next to it while serving ice cream, instead of the usual behind the counter position. Customers can pay in cash, but also use contactless bank card and smartphones using the ‘tap-to-pay’ panel mounted on the side,” reports Car Scoops. 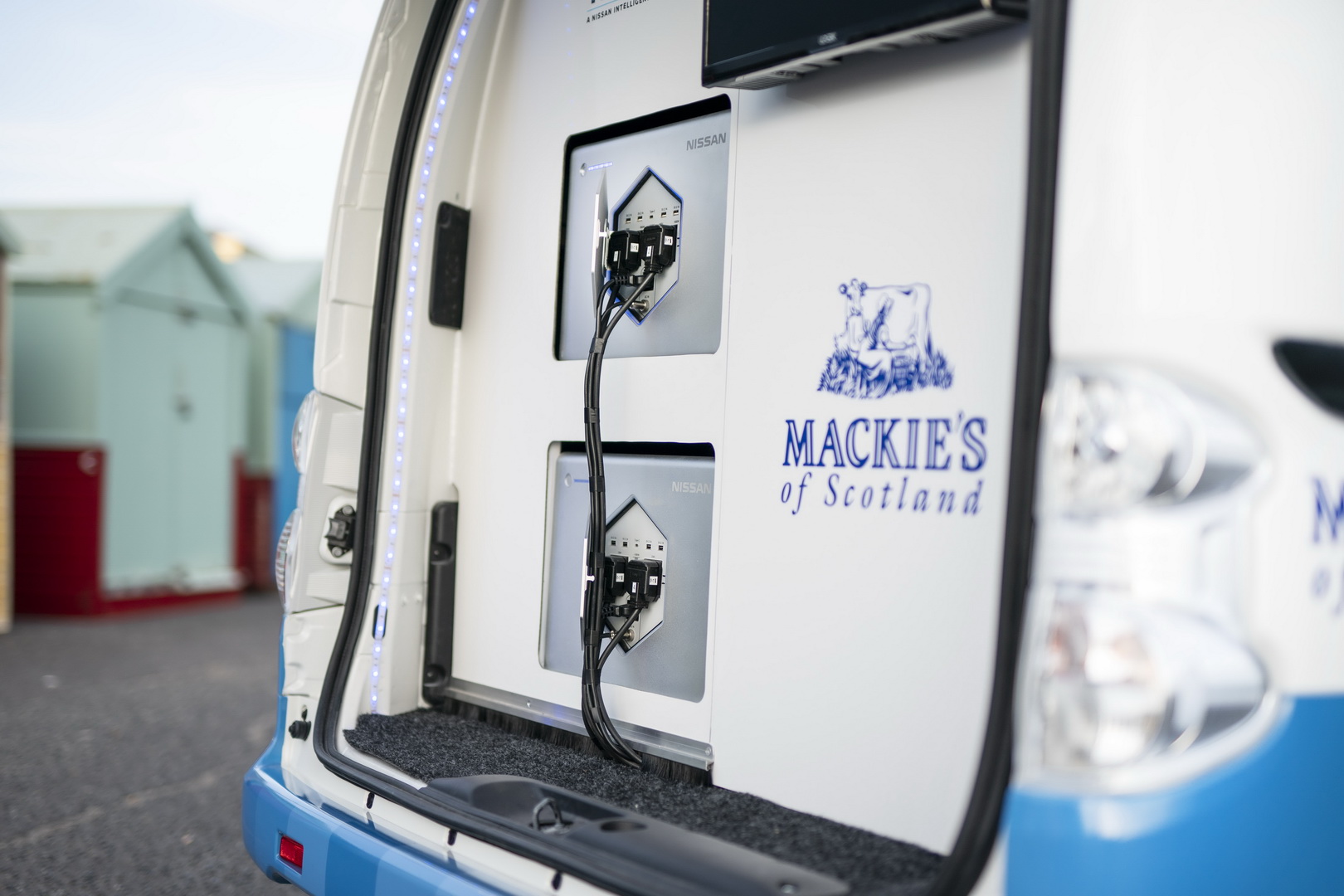 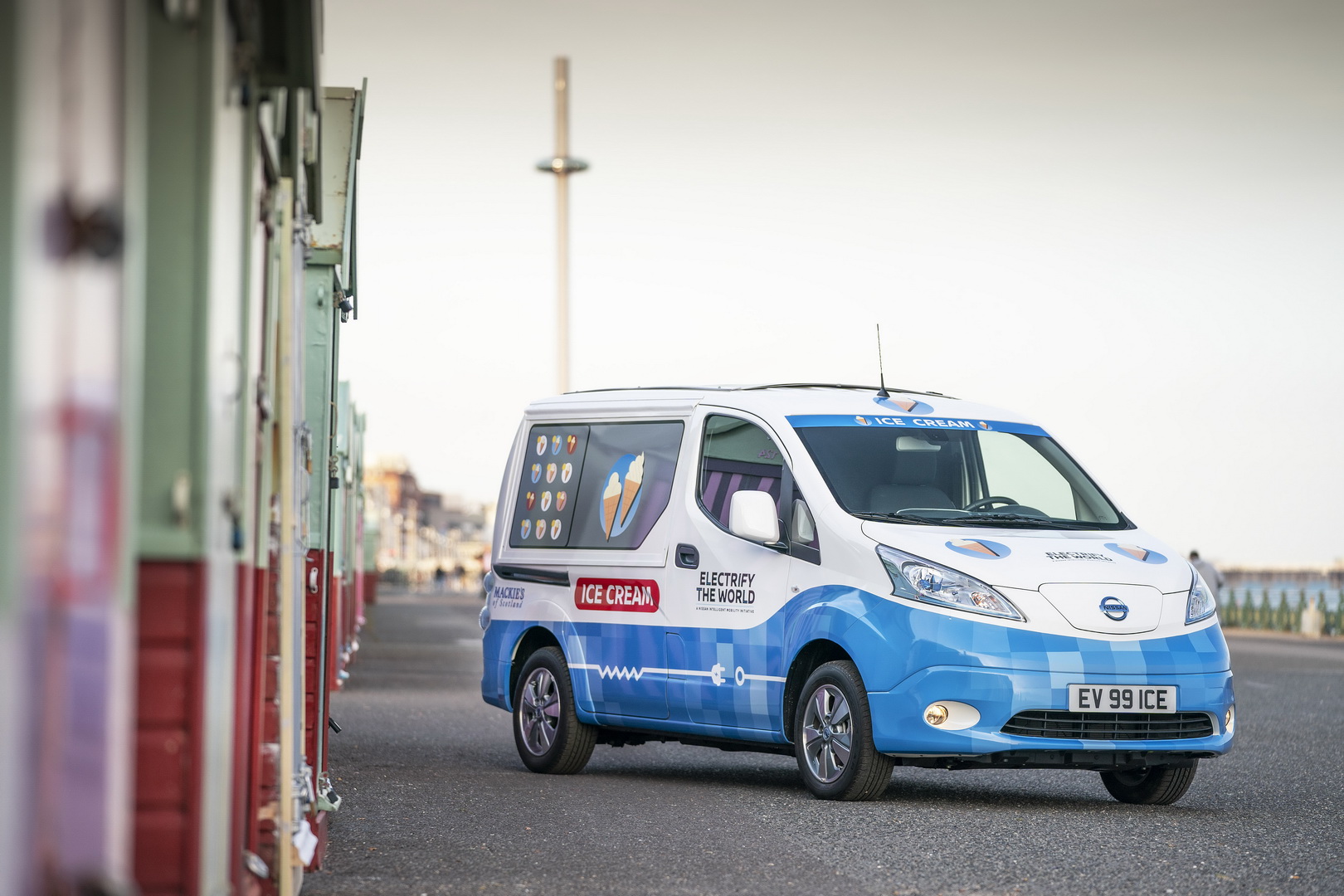 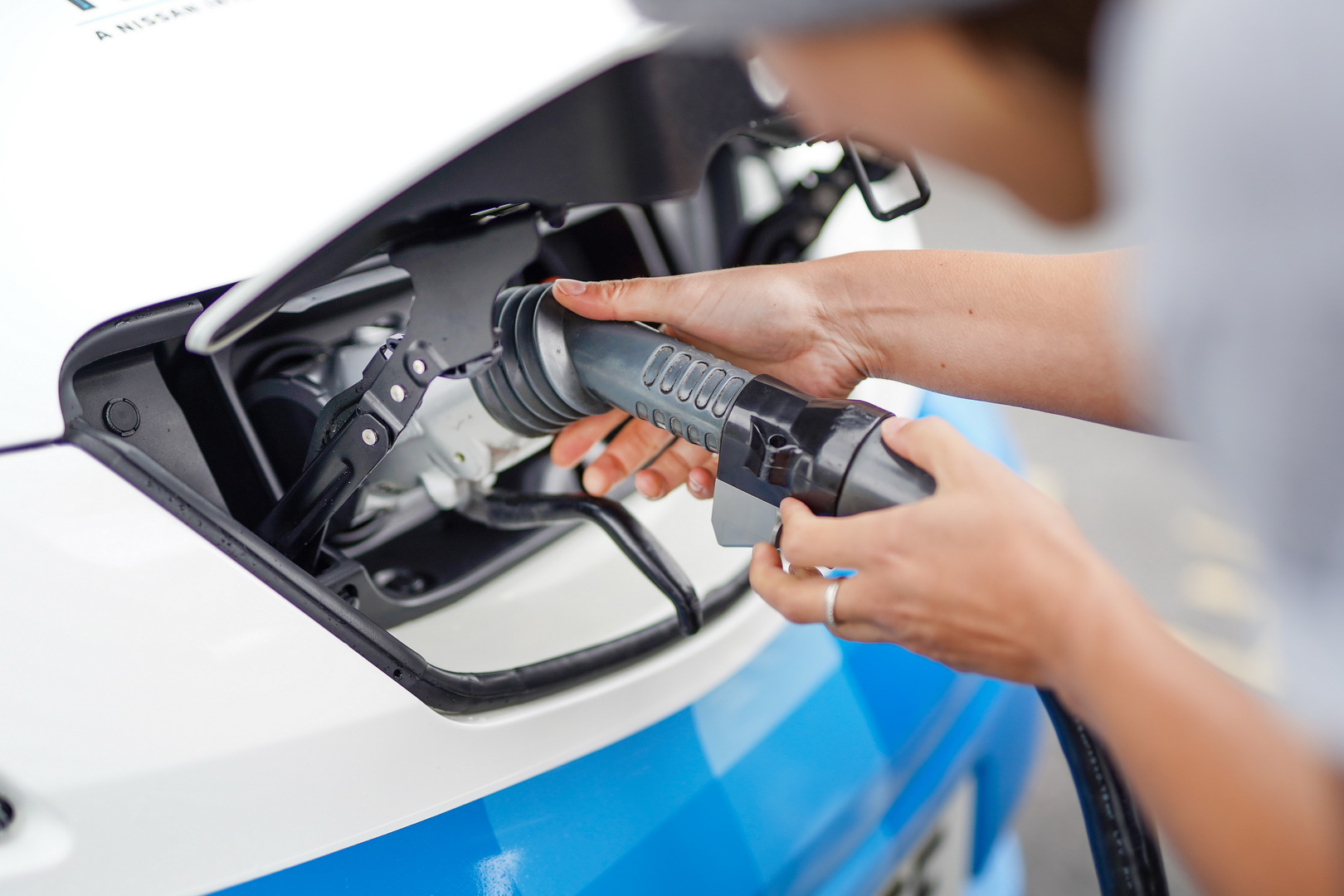 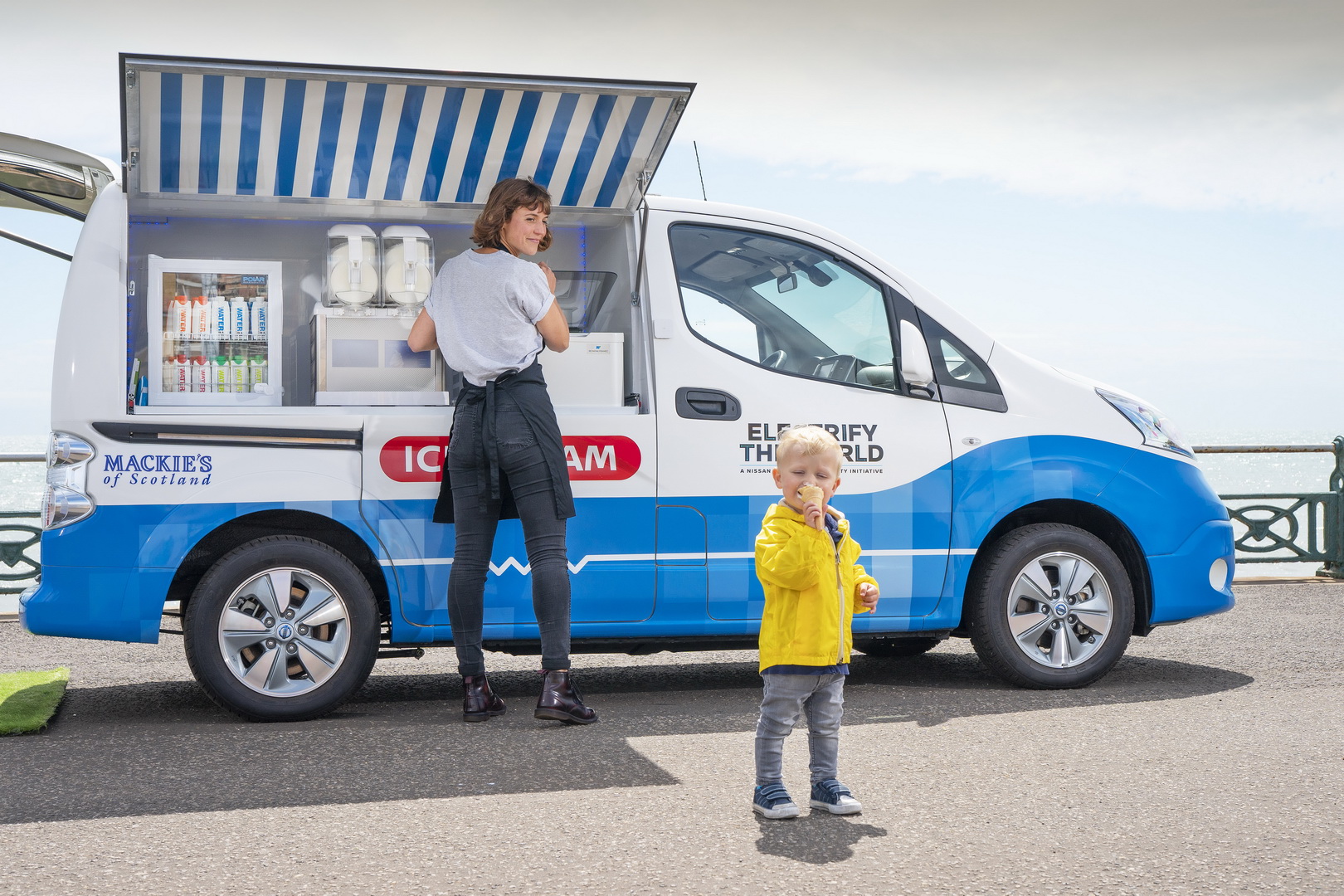