Sony has just released the first PlayStation 5 global ad spot, highlighting the console’s new features, including the haptic feedback sensation you you’ll feel from the DualSense wireless controller. Tempest 3D AudioTech lets you hear sound from all directions as the central character reacts to everything she hears, whether it be from the front, side, above, or behind her, while the tension of her bowstring can be felt through the controller’s adaptive triggers. Read more for the video and additional information.

In the game Horizon Forbidden West, all of its new weapons are designed to feel unique and play a specific role in combat with machines as well a s human opponents. The DualSense wireless controller adaptive triggers enabled the developers to make the weapons feel even more unique and satisfying to use. 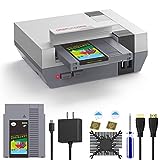 The haptic feedback precision allows us to do all sorts of new things. In Marvel’s Spider-Man: Miles Morales, we’ll be hinting to players which direction attacks are coming from by providing haptic feedback from the appropriate direction on the DualSense wireless controller. What does it feel like to use Miles’s stealth ability? How does a Venom Blast feel? Because of the high resolution of DualSense wireless controller’s haptics system, we can really push the dimensionality of the feedback,” said Brian Horton // Creative Director, Marvel’s Spider-Man: Miles Morales.