If you grew up in the 1980s or early 1990s, Tiger Electronics handheld gaming systems were probably something you longed for. Each one of these contained a fixed image printed onto the handheld that can be seen through the screen. Static images then light up individually in front of the background that represented characters and objects. What would happen if you combined one of these with the power of a Game Boy Advance?

Gamer Chris Downing of Downing’s Basement wanted to pay tribute to one of his childhood favorites and thus the Tiger Boy Advance was born. Put simply, he first 3D printed a case that resembles an old Tiger Electronics handheld gaming system before installing the Game Boy Advance hardware inside. However, there are some personal touches, like a custom faceplate and then 3D-printed buttons that replicate the ones found on Tiger’s handhelds. 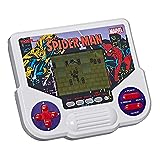 In 1988, I wasn’t much more than 6 years old but I had already had enough experience with Nintendo that by the time 1990 rolled around, the #Nintendo Gameboy was Number 1 on my Wishlist and the hot ticket item for anyone who wanted gaming on the go. However, like any ‘new’ technology, the price was way too much for an average 8 year old to come up with, which resulted in having to find an affordable alternative. And what was right there, seemingly flooding the market? The barely qualifying as a video game, Tiger Electronics handhelds,” said its creator.