Photo credit: Gamespot
At 2,646-pieces, the LEGO Nintendo Entertainment System (71374) will take most fans several days, if not weeks, to build, but the first review has already rolled in. Just to recap, the CRT television has a handle-operated scrolling screen and if the action brick is scanned by placing LEGO Mario up top, the famous plumber will react to the on-screen enemies, obstacles and power-ups. This set comes complete with a controller and an opening slot for the cartridge. Read more for the review, a speed build, additional pictures and information.

The TV itself measures over 8” high, 9” wide and 6” deep. Best of all, no batteries are required and when you combine this playset with the LEGO Mario figure in the LEGO Super Mario Adventures with Mario Starter Course (71360), the TV’s interactive features can be activated. Plus, it comes with an illustrated booklet about the creation of the Nintendo Entertainment System and classic NES games. 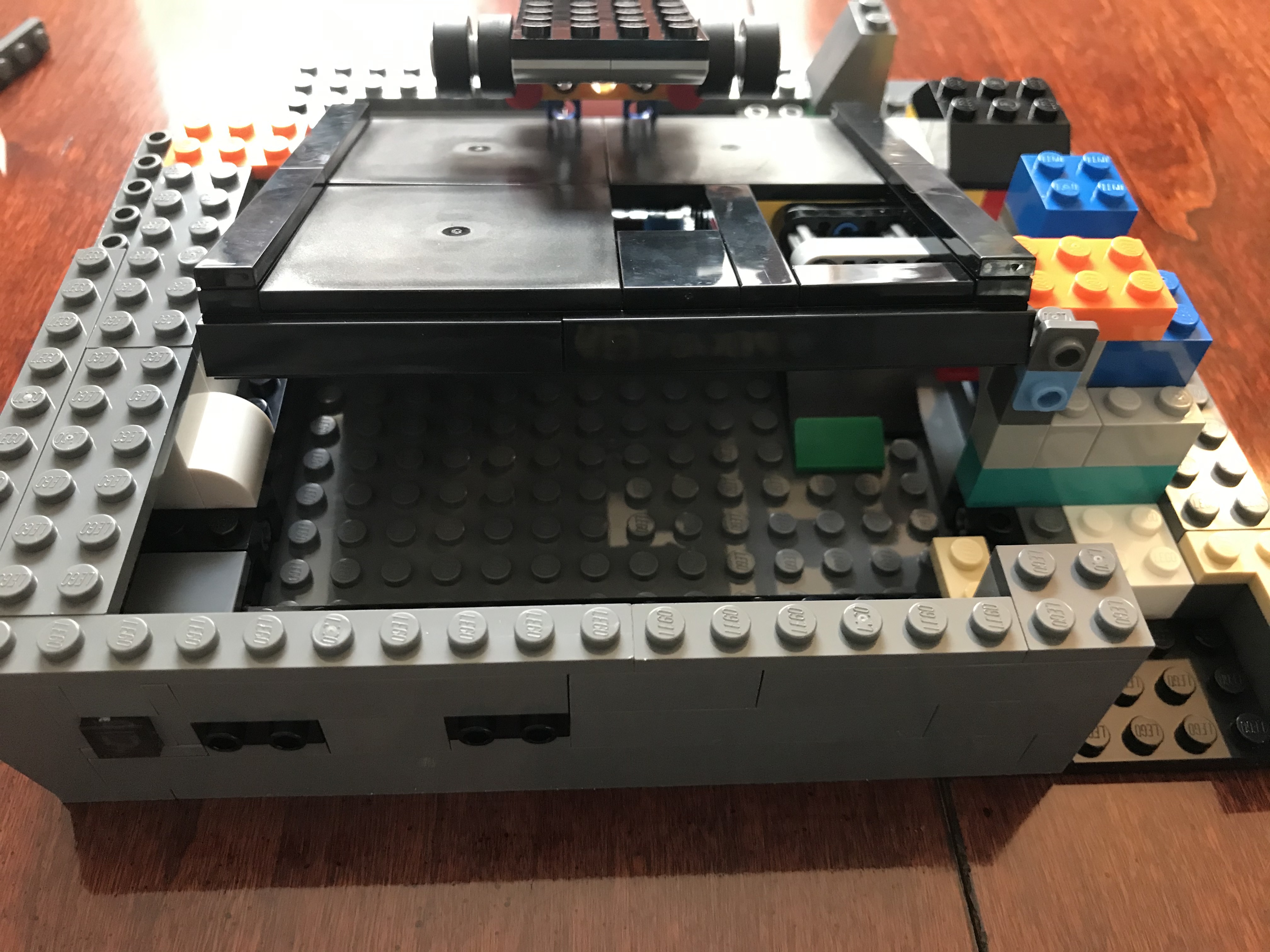 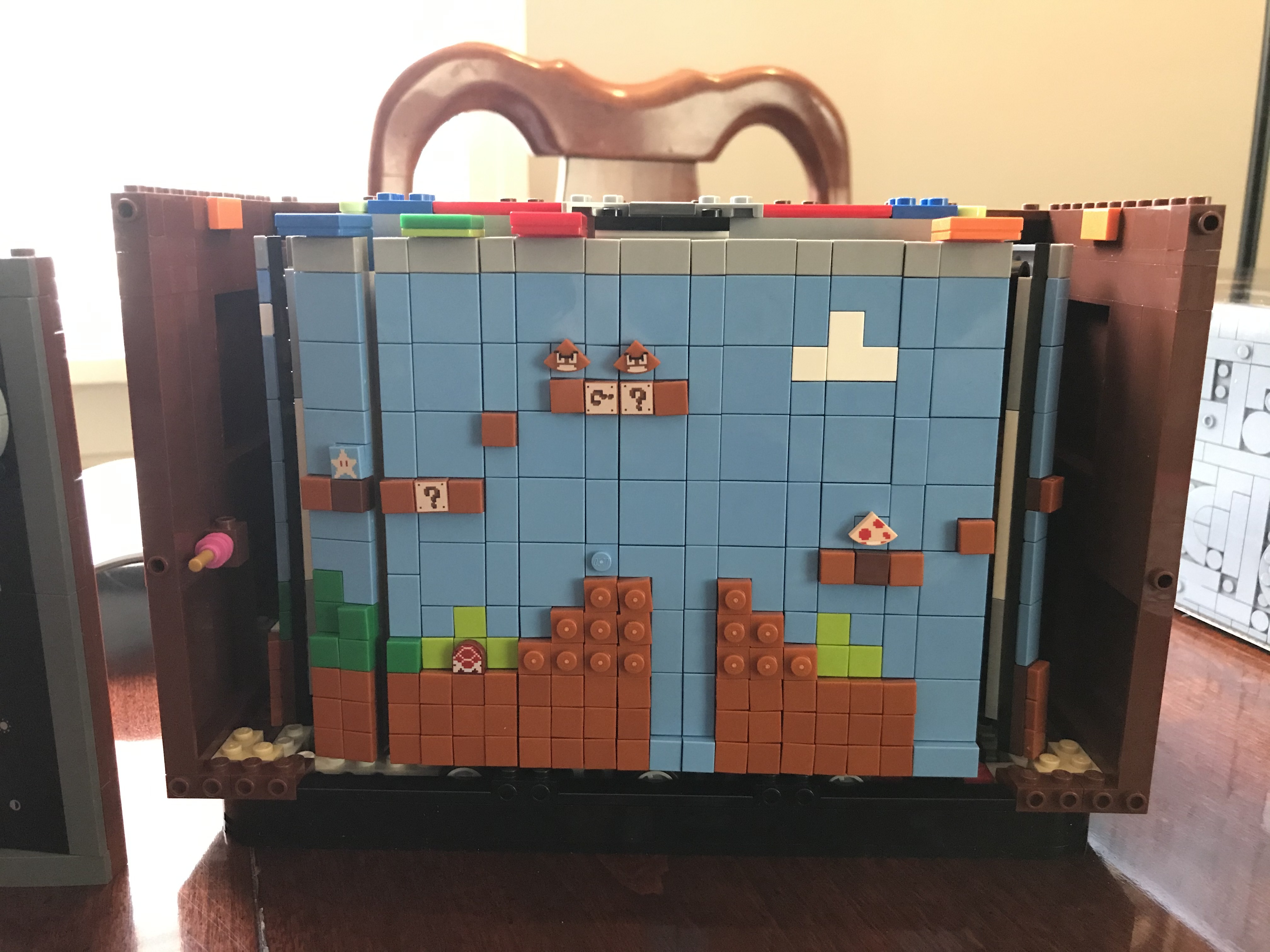 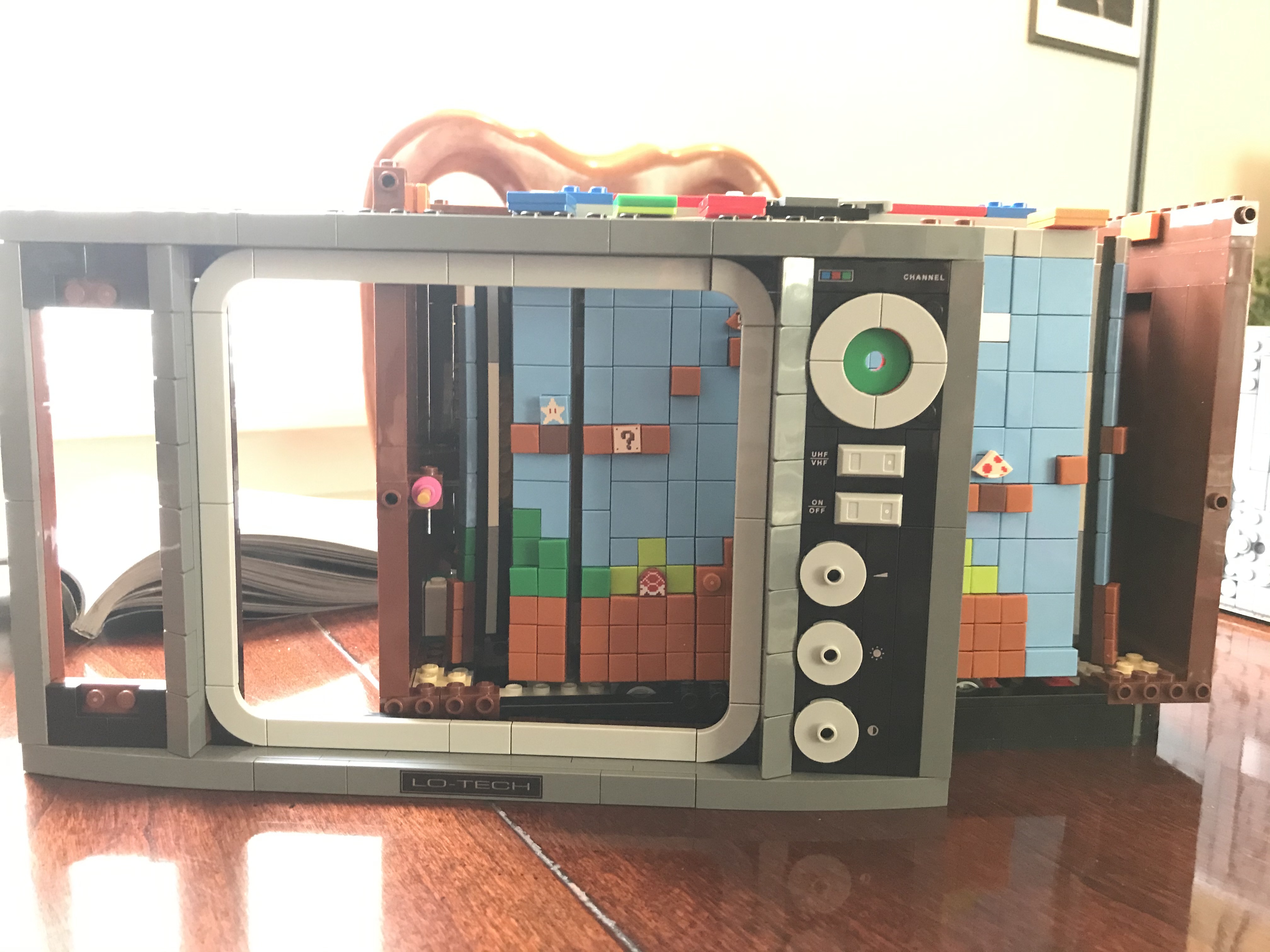 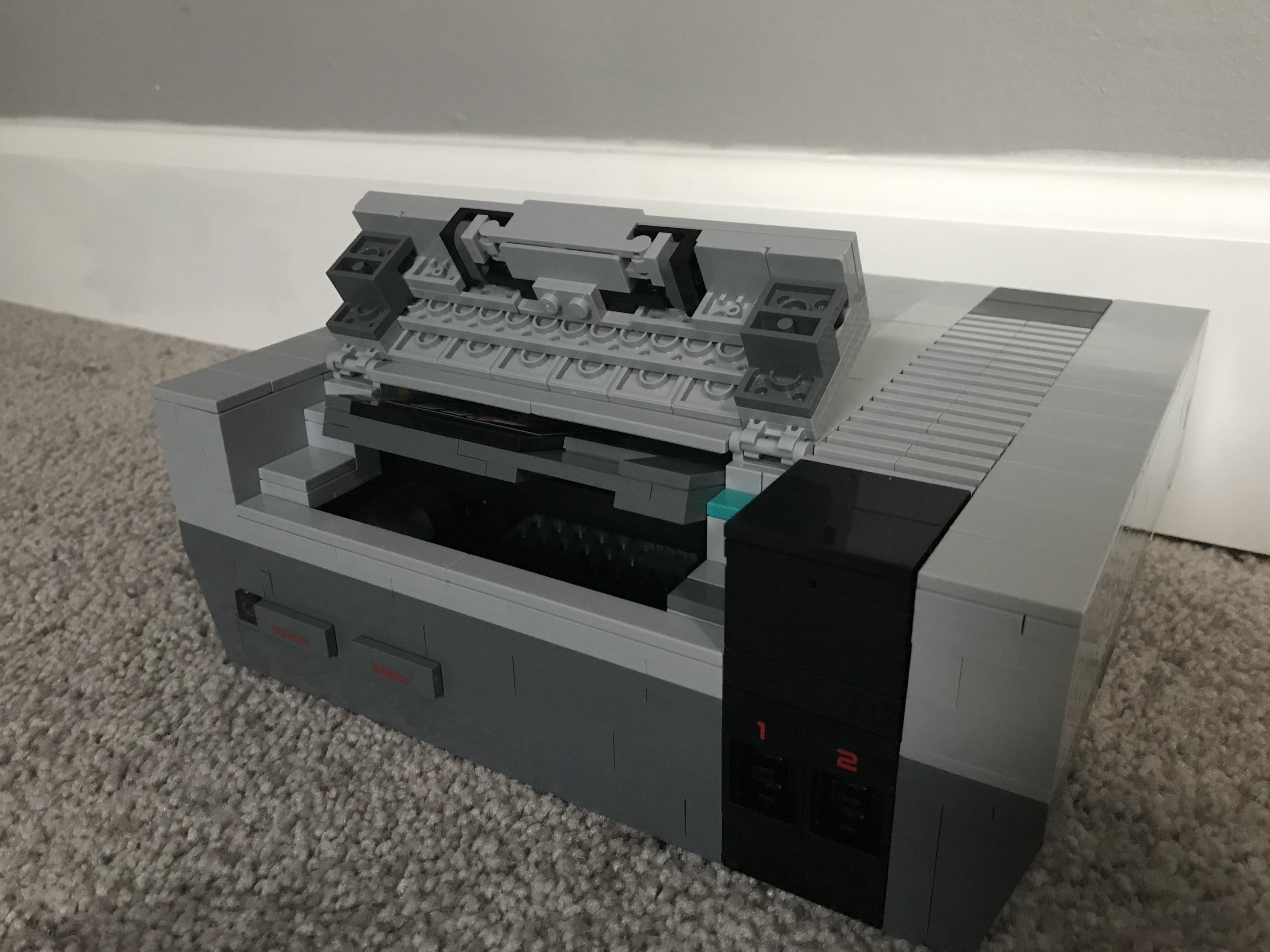 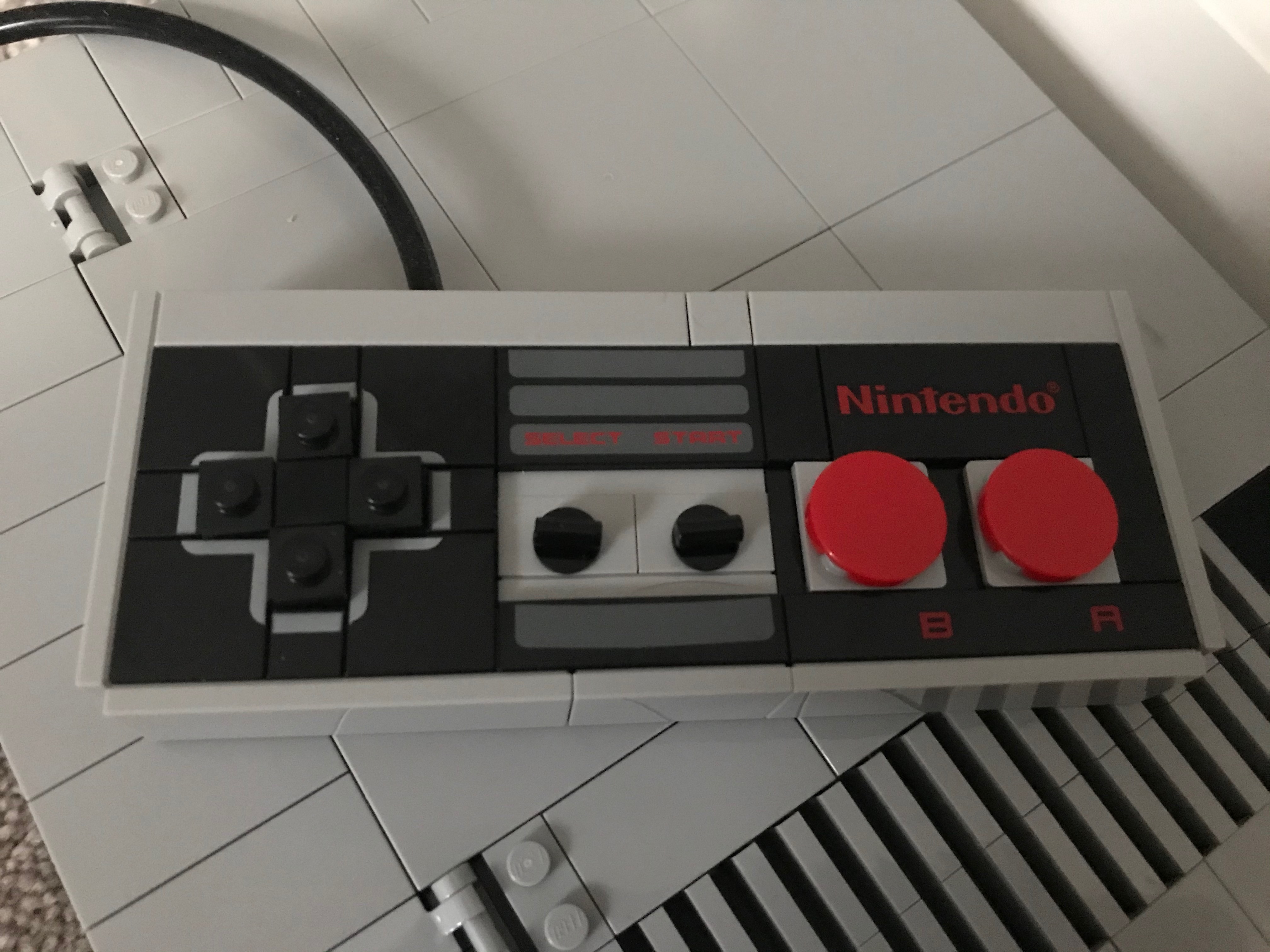 Many adults still fondly remember that first time they saw Mario leap across the small screen, even if the graphics were a lot simpler than they are today. With the LEGO Nintendo Entertainment System, we’re letting them truly indulge in that nostalgia, recreating one of the most-loved consoles of all time so they can see the Super Mario from their childhoods once again – and even to share the experience of gaming in the 1980s with their own children,” said Maarten Simons, Creative Lead on LEGO Nintendo Entertainment System, the LEGO Group.