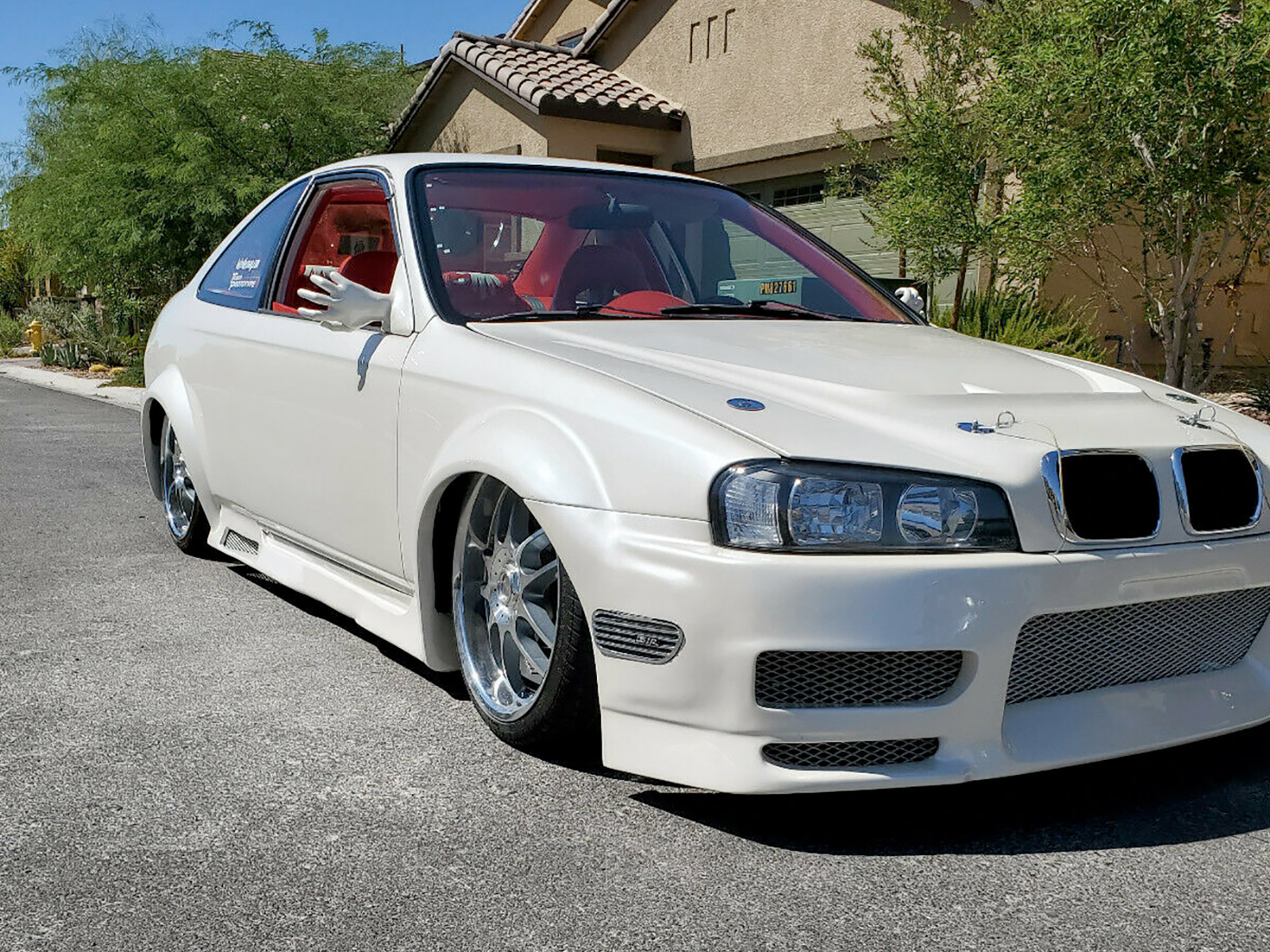 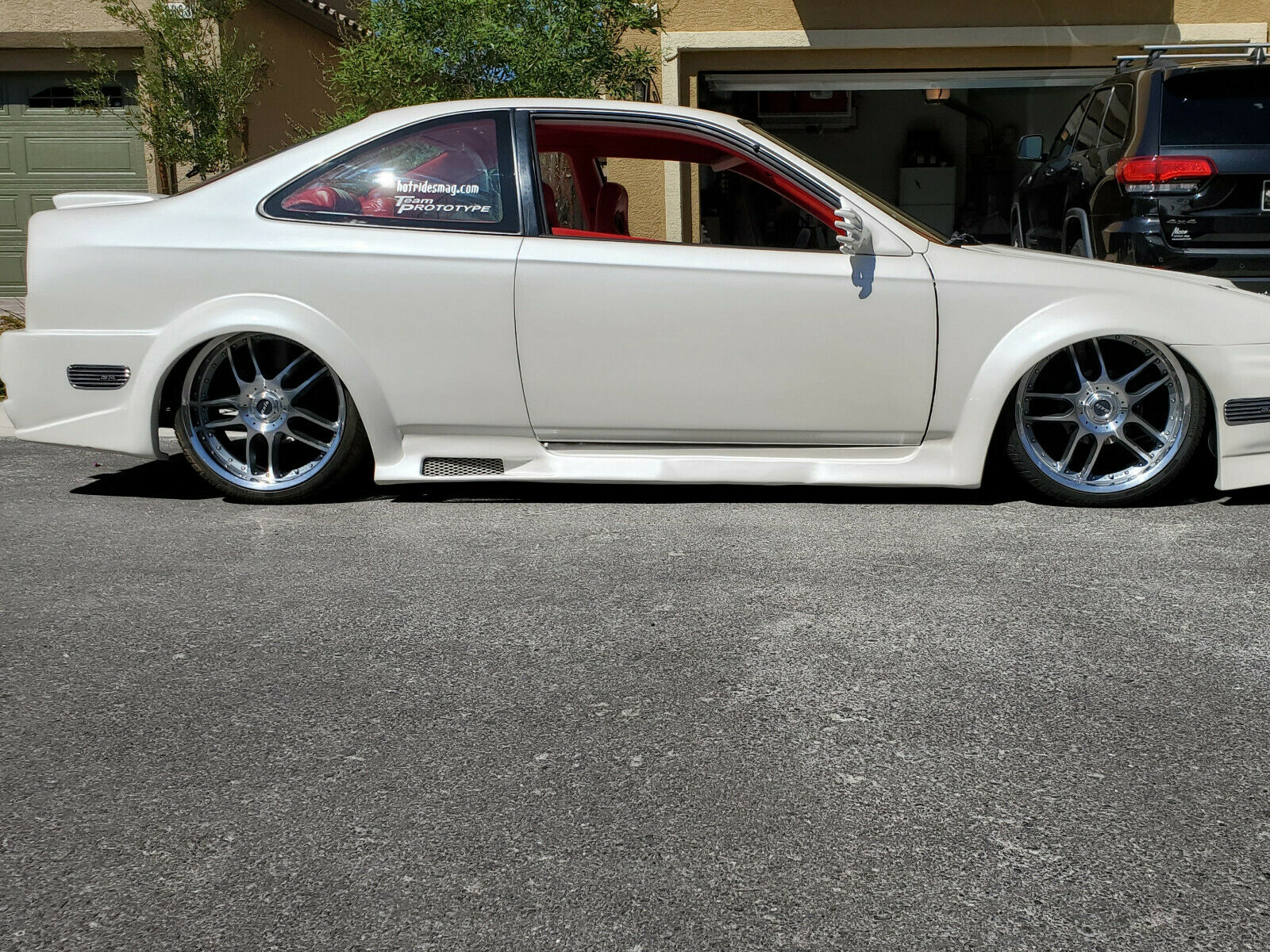 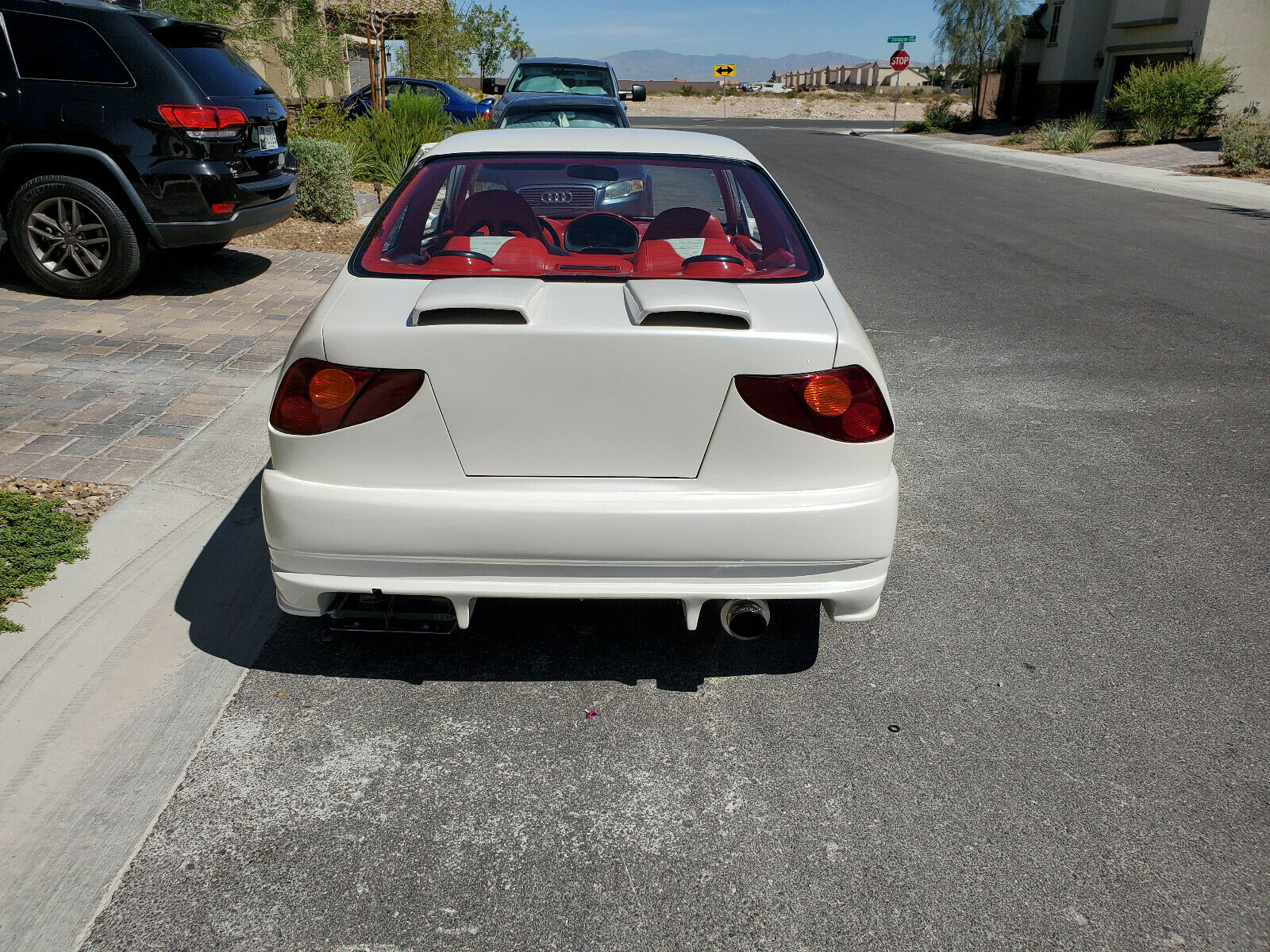 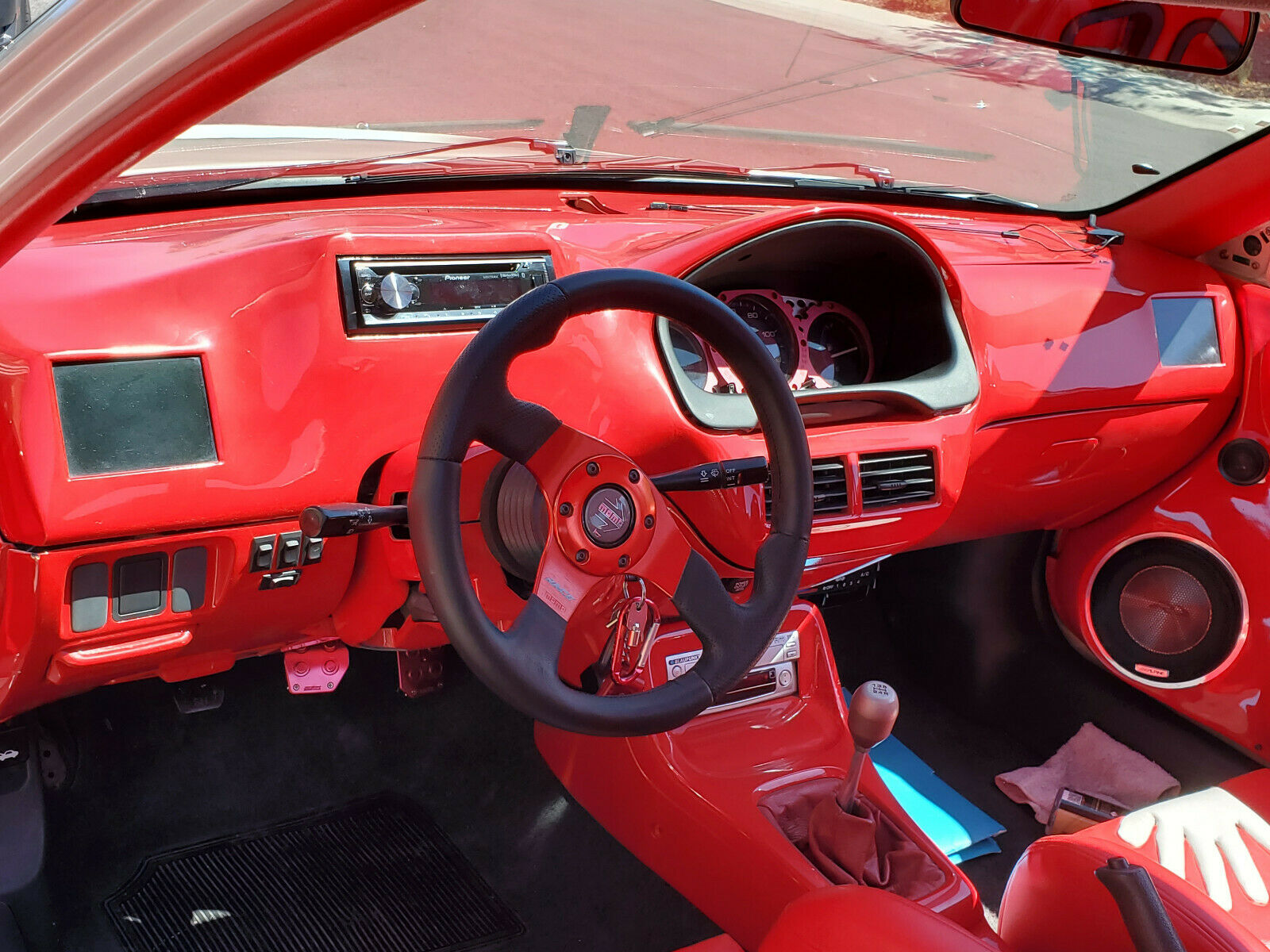 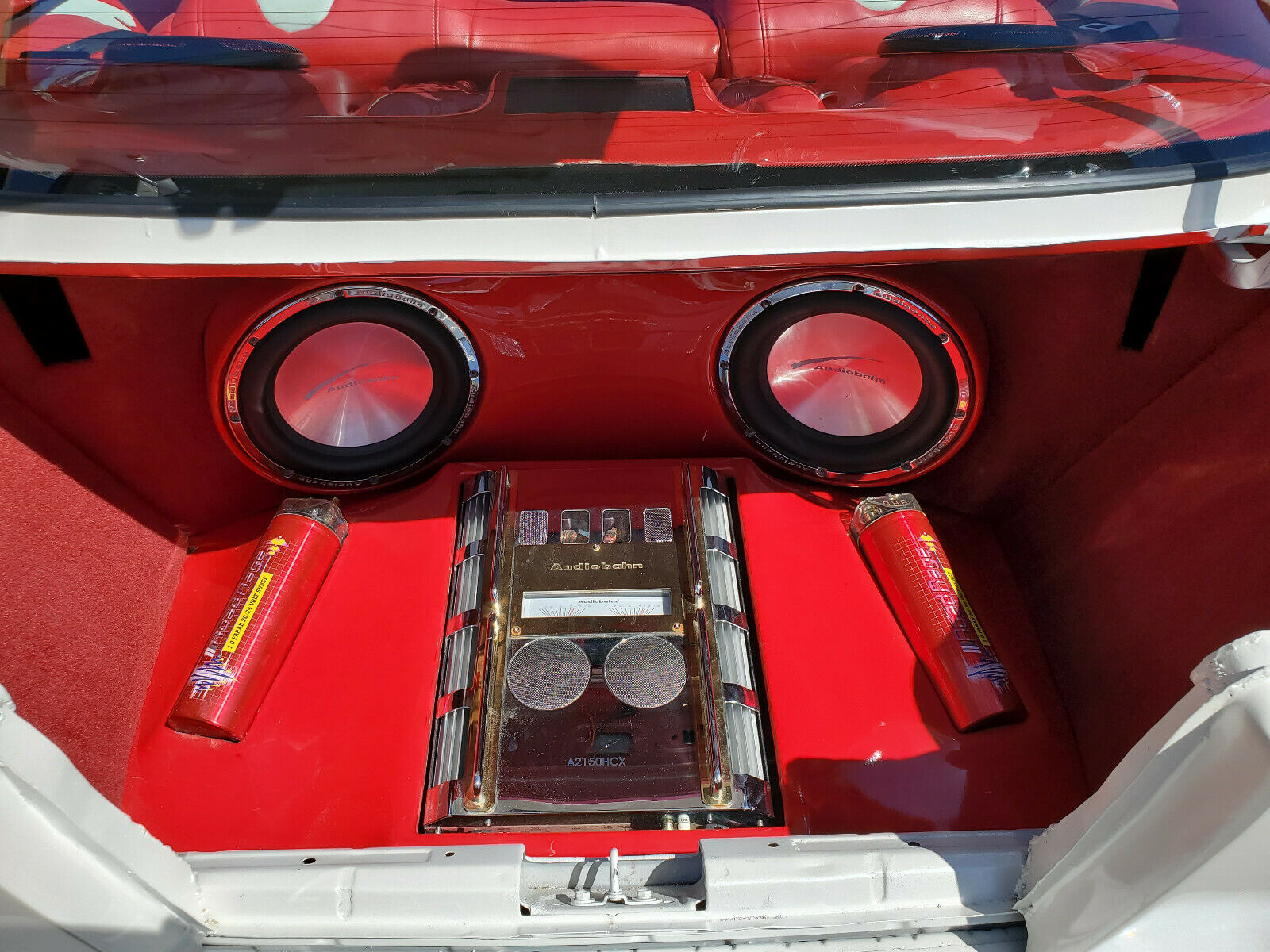 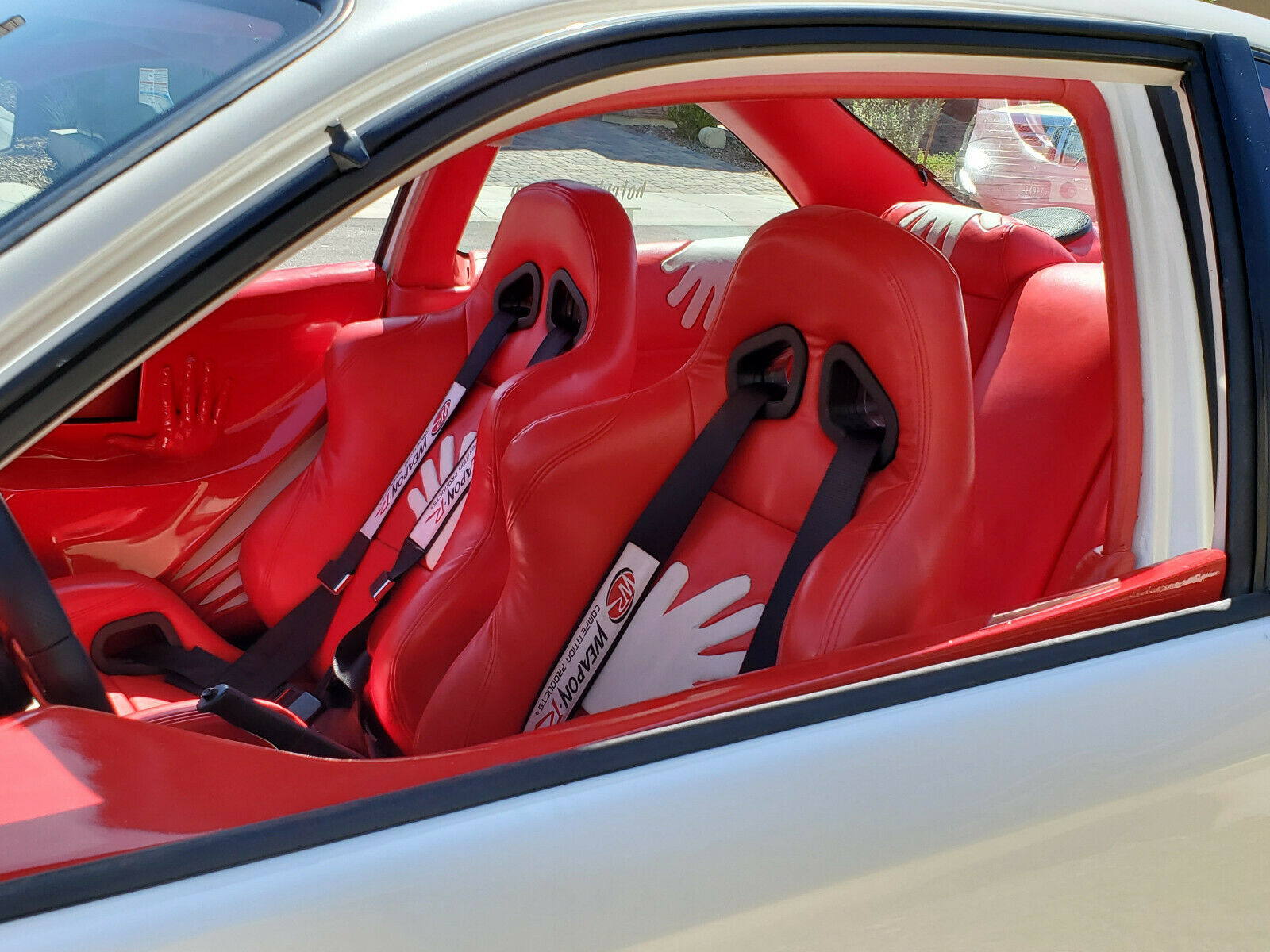 Go around back, and you’ll find taillights from a Lexus SC430, bizarre trunk air scoops, and hand-shaped wing mirrors. The interior is not any easier on the eyes, as it’s been wrapped in Candy Apple Red vinyl and a relocated instrument cluster to the middle area, making things even harder on the eyes. Unfortunately (or fortunately), the only visible engine mods are an AEM cold air intake and aftermarket headers.