Photo credit: Lets Go Digital
If Sony were to follow in the footsteps of Microsoft and release an all-digital version of their game console(s), then it would only make sense for the next-generation PlayStation 5 to have no disc drive. As for other specifications, it’s rumored that the PS5 will sport an 8-core AMD Ryzen processor with a GPU and AMD Navi architecture with ray tracing support as well as 8K games. Read more for a video, another picture an additional information.

“[Sony’s Mark] Cerny already announced last month that the new console will be more powerful and will have more memory than the current PS4 game console . Also new is the implementation of an SSD, instead of an HDD. This allows 19x faster loading times to be achieved. In addition, the PS5 game console will be backwards compatible, making it possible to play all PS4 games on the new PlayStation as well,” reports Lets Go Digital. 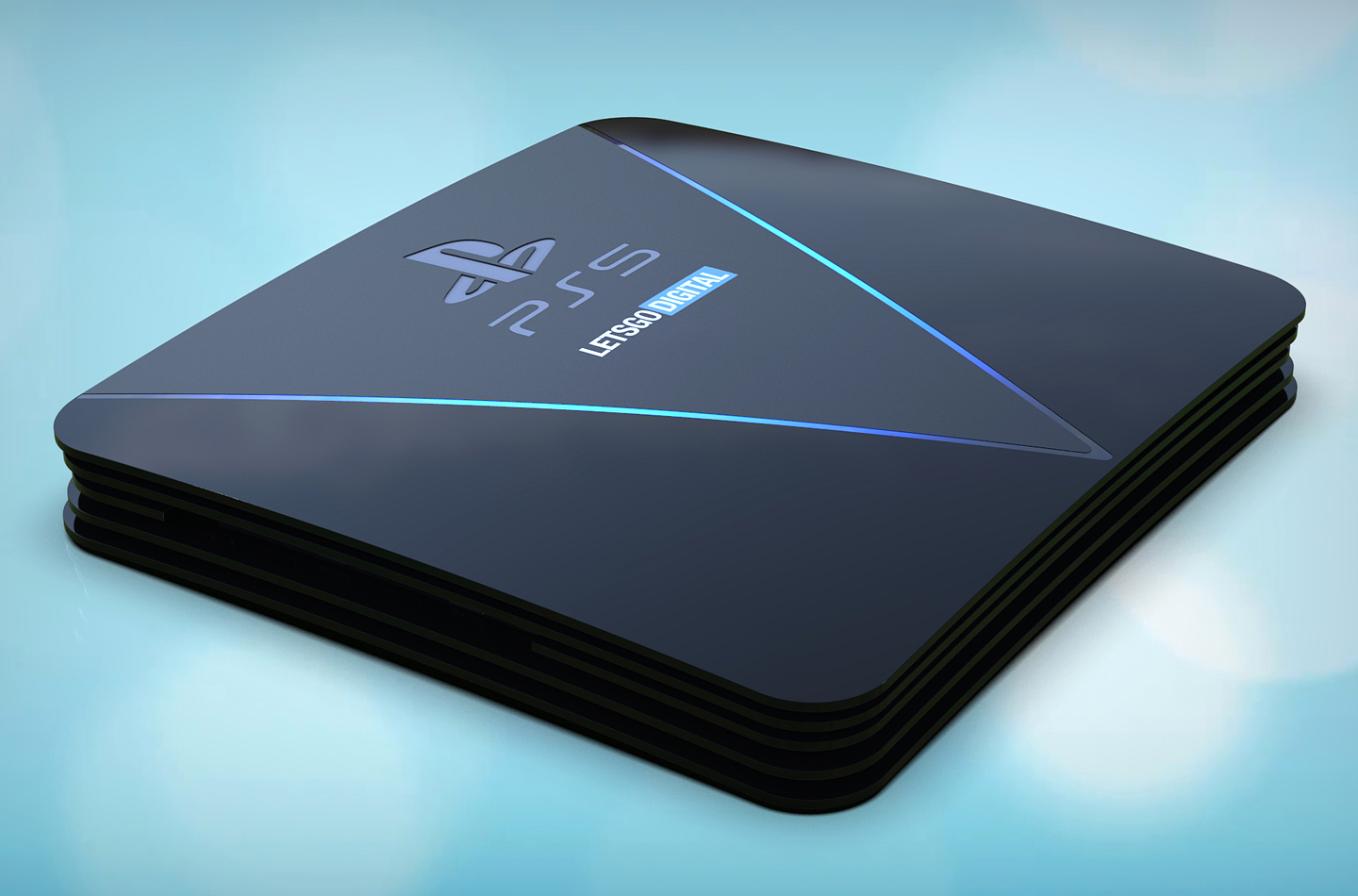