Limited to 117 pairs worldwide, the Wolverine x Halo: The Master Chief limited-edition boots will be sure to snatched up very quickly when they go on sale for $225 beginning March 29 at 12 p.m. ET on the company’s website. Featuring a “117”, which is Master Chief’s Spartan number, on the exterior heel of the left boot, UNSC (United Nations Space Command) insignia throughout the boot, and an outsole outfitted with the in-universe logo to designate the “Materials Group”, the manufacturer of the Master Chief’s Mjolnir armor. Read more for a video, additional pictures and information.

Other features include an UltraSpring high rebound ETPU midsole for a lightweight, energized ride, rubber lug outsoles to enhance grip, all covered in gold-rated premium full-grain leather, complete with a hook and loop lace cover over the laces. The boots also celebrate the launch of Halo Infinite back in December and the Halo television series that premiered on Paramount+ this week. 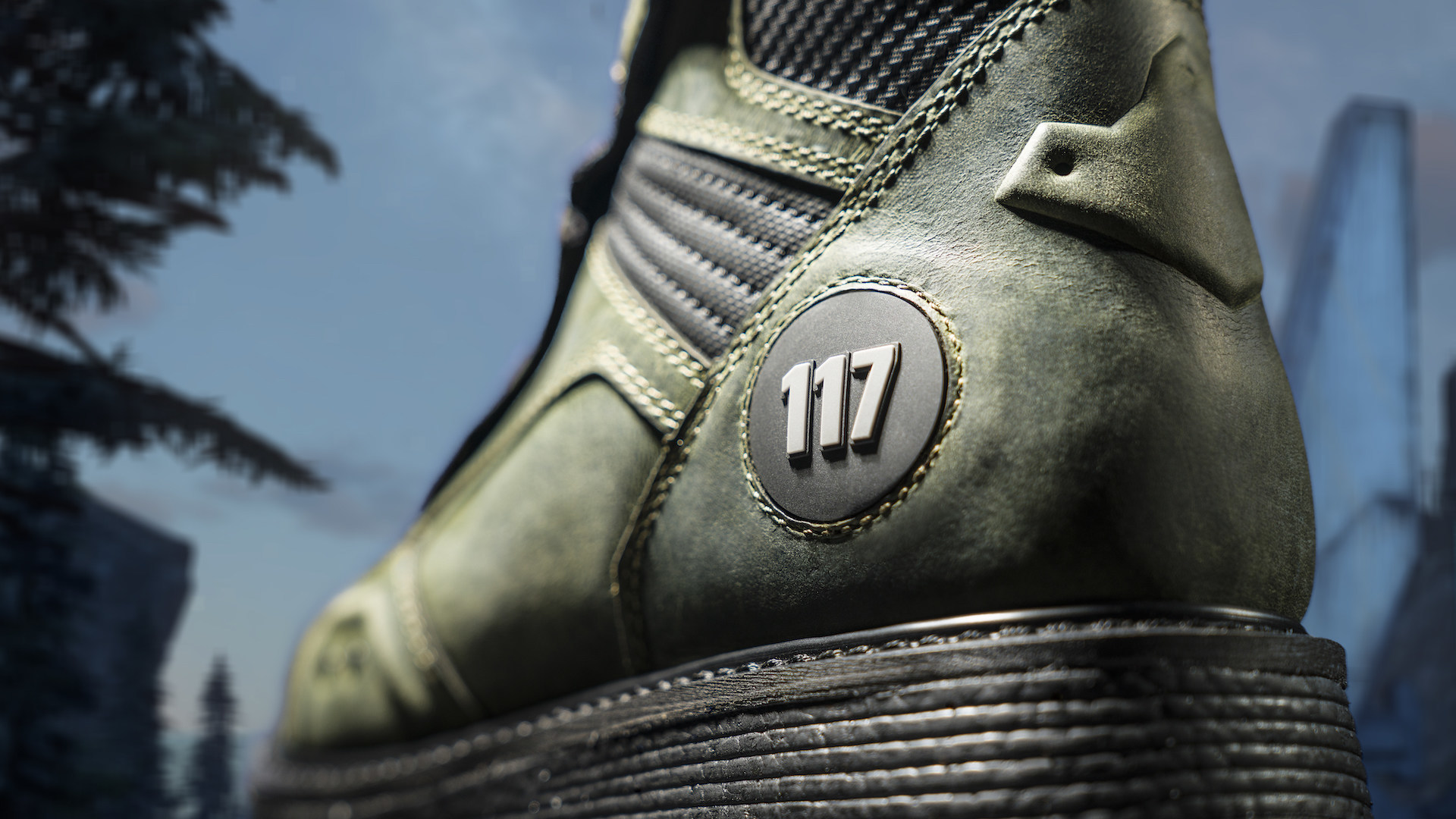 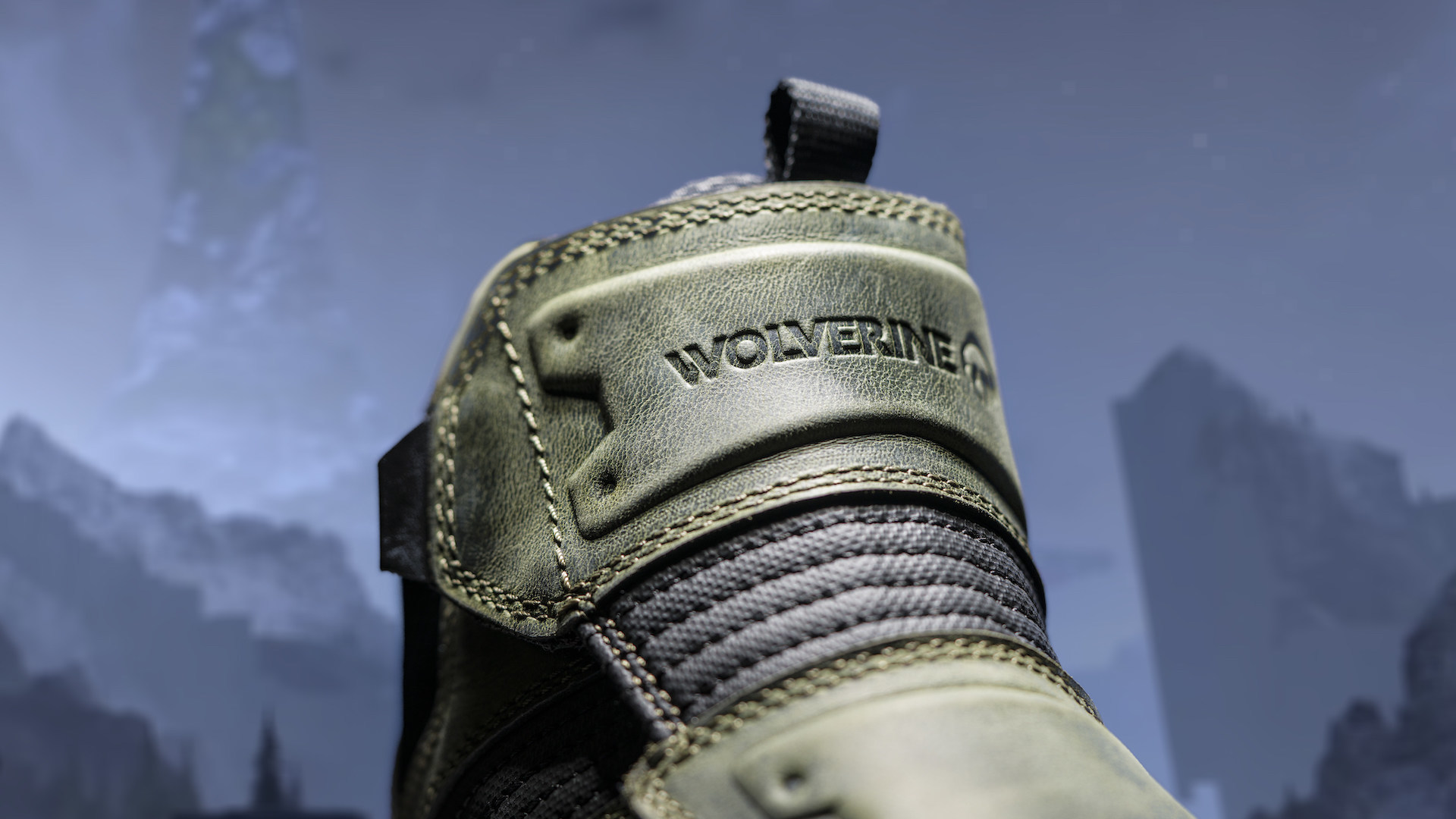 Given our roots in military science fiction, we’ve often heard from our fans that there is an appetite for a boot inspired by the Master Chief. So, when Wolverine approached us about a collaboration, we were ready to answer the call. The limited-edition boot gives Halo fans a chance to step inside (the boots) to become Master Chief and bring the Halo universe into their everyday life, and we’re eager to see how fans react to the collaboration and forthcoming launches as part of our partnership with Wolverine,” said John Friend, Director, Halo and Xbox Consumer Products at 343 Industries – Microsoft.