Photo credit: Riddle
We have seen the future of music streaming, and it will be transmitted directly to your brain, thanks to Elon Musk’s Neuralink. His brain interface company Neuralink is currently developing devices that can be implanted in the human brain, such as flexible threads, thinner than human hair, designed to be implanted into the brain to monitor brain activity. In other words, these are ultra high bandwidth brain-machine interfaces capable of transmitting brain impulses to machines, with the ultimate goal of humans merging with artificial intelligence. Read more for two videos and additional information.

Researchers will provide an update next month, but as of today, they’ve developed a tiny implant with more than 3,000 electrodes, attached to flexible threads measuring about the tenth of the size of a hair, capable of monitoring about 1,000 neurons. This implant would pair with an app, enabling users control a mobile device, or a mouse / keyboard on a computer. Musk said on Twitter that the technology could one day be used to stream music directly into users’ brains. 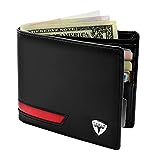 DOOM Source Code for the SNES Released, Shows How the Game was Ported